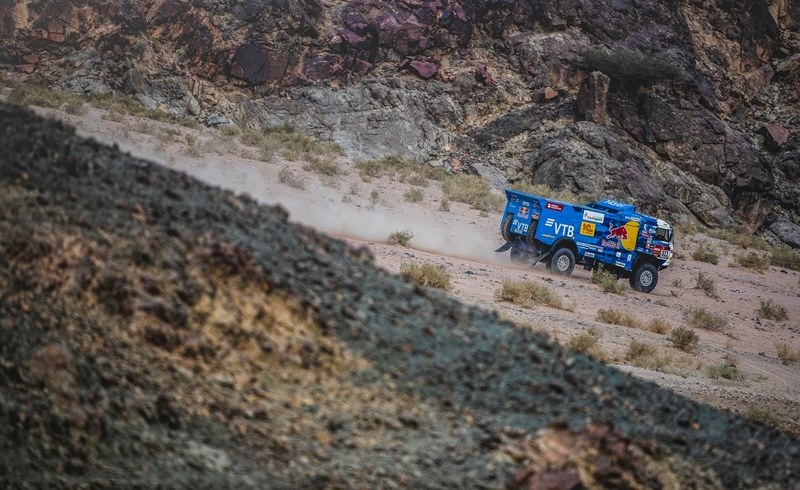 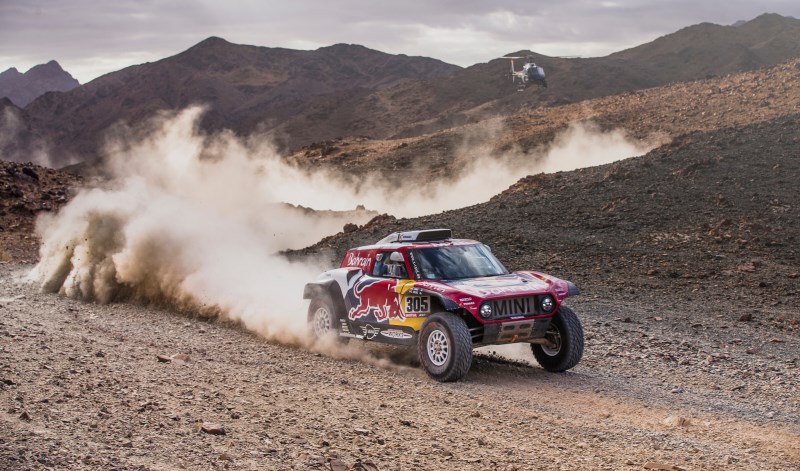 Stéphane Peterhansel catapulted himself up the Dakar standings to third by winning stage four, his first victory in Saudi Arabia.

‘Mr Dakar’ as he has become known off the back of his 13 victories in the prestigious annual event, put himself within 12 minutes of leader Carlos Sainz, with another former Dakar champion Nasser Al-Attiyah just three minutes off Sainz’s lead following stage four.

– Two stages remain before the midway rest day in Riyadh with Peterhansel having seemingly turned it into a three-way fight for the overall race win.

– In the chasing pack, there were encouraging days in the desert for both Giniel de Villiers and Kuba Przygonski to keep alive their aspirations for a podium finish come the event close.

– In the side-by-side category there was a first stage win for Dakar debutants, the Red Bull Off-Road Team, American Mitch Guthrie Jr guided to the quickest time by co-driver Ola Floene, of Norway. It moved Guthrie up to sixth overall and now just half an hour off the overall pace set by Spaniard Jose Antonio Hinojo Lopez.

– Sam Sutherland showed the sort of form that led to his 2017 Dakar title on two wheels, as he set the fastest time on the stage. Despite a five-minute penalty for excessive speed, he finds himself in sixth place after stage four and 20 minutes behind the current leader Ricky Brabec. Sunderland’s teammate Toby Price is 12 minutes off the lead in fourth.

– Elsewhere in the bike class, Red Bull KTM Factory Team riders Luciano Benavides and Matthias Walkner are in the top 10, while Laia Sanz’s aspirations of once again being the leading female rider were boosted as she climbed into the top-25 overall.

– Andrey Karginov moved into the lead of a tightly fought truck class after the stage, dropping Siarhei Viazovich into second, 10 minutes 43 seconds back, with Karginov’s fellow Russian Anton Shibalov cementing his place in third, four minutes back after winning the stage.

– Ignacio Casale, from Chile, continued his dominance of the quad contest with a third stage win out of four to pull more than 20 minutes ahead of the chasing pack.

– Stage five sees the remaining field plunged deep into the dunes with a 353-kilometre timed special stage between Al Ula and Ha’il.