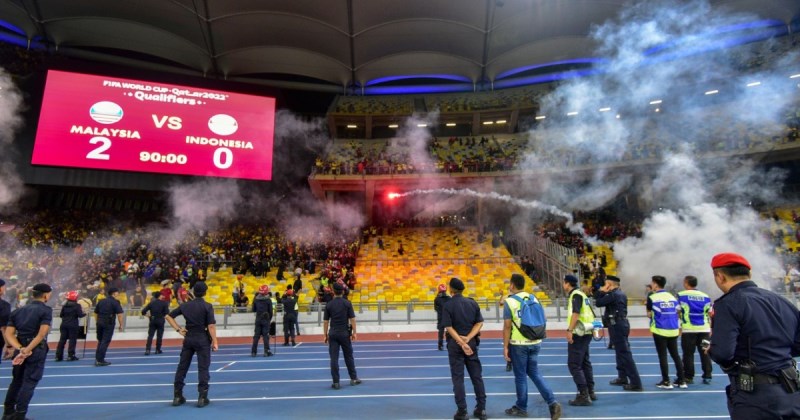 Both the FA of Indonesia (PSSI) and the FA of Malaysia (FAM) have been slapped with hefty fines by FIFA for the crowd trouble that took place in their second round qualifiers of the FIFA World Cup 2022 at the National Stadium in Bukit Jalil, Malaysia.

But the several disciplinary issues did not go unnoticed by FIFA with PSSI given a fine of CHF 200,000 (USD 206,000) for Order and security at matches (lighting of fireworks or any other objects; throwing of objects; acts of damage; lack of order or discipline observed in the stadium).

Indonesia would also have to serve one match without spectators.

PSSI were also given a warning for Misconduct of players and officials (delayed kick-off). Both infringements come under article 16 and article 12 of the FDC.

On the other hand, the FAM were given a fine of CHF 50,000 (USD 51,300) and warning for Order and security at matches (lighting of fireworks or any other objects; throwing of as per article 16 in the same match.

FAM were also given warnings for two other separate incidents.

For infringements of article 16 in Malaysia vs United Arab Emirates in Kuala Lumpur on 10 September 2019 and Vietnam vs Malaysia tie in Hanoi on 10 October 2019 for article 26 of the Regulations FIFA World Cup 2022 Preliminary Competition.