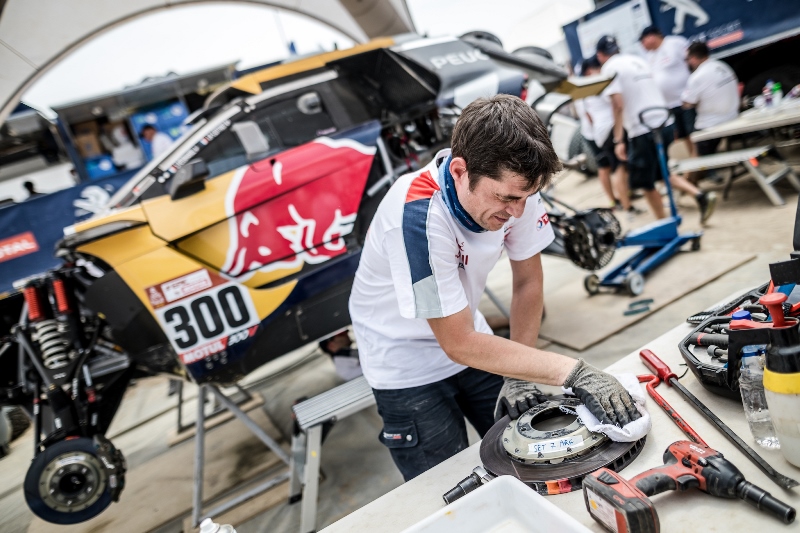 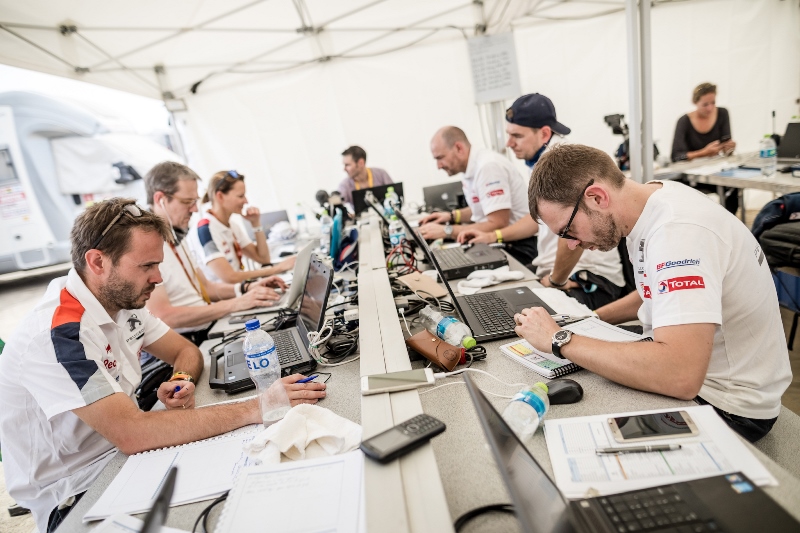 After six extremely demanding stages principally through Peru, Team PEUGEOT Total has finally reached La Paz, the capital of Bolivia, where the Dakar rest day takes place. The two PEUGEOT 3008DKR Maxi cars of Stéphane Peterhansel/Jean-Paul Cottret and Carlos Sainz/Lucas Cruz occupy first and second places, 1h20m ahead of their closest pursuers. But there is still two-thirds of the competitive distance left to run.

STOPPED IN THEIR TRACKS

PEUGEOT 3008DKR Maxi cars that are still in the race. This meticulous work will be more vital than ever, as Saturday and Sunday will be the marathon stage: with no service at the end of the day.

STILL A LONG WAY TO GO

ALL THE NUMBERS FROM THIS WEEK

QUOTES FROM THE BIVOUAC…

“We are in a positive position after the first part of the rally, even if it is different to what we expected before the start. We thought we would be hunting Nasser Al Attiyah with our four cars. Instead, we find ourselves with two PEUGEOT 3008DKR Maxis comfortably ahead and our three main rivals behind us. Of course, it is always better to be in the lead but with only two cars left in the running for victory and two thirds of the race still to come, we cannot be relaxed yet. There are always risks in rally raids and especially on this 2018 Dakar!”?

“We can draw a positive conclusion from these first six stages. We’ve had quite a clean and straightforward week up to now. Our best day was Wednesday, when we won SS5. We’re obviously very happy. Having said that, we’ve only covered a third of the rally in terms of competitive distance. And we know that in places like Belen and Fiambala, there are still some very complicated stages to come. Anything can still happen as there is a big variety of stages in store. There have been plenty of dunes up to now and that has worked well for us, to be honest. Now we’re in Bolivia, we’re going to be faced with different types of stages.”

“The first week has been quite tricky. Maybe a little bit too tricky, especially for the amateur drivers, who have really struggled. Nonetheless, I’m happy with second place and to have won a stage yesterday. It’s still possible to fight for victory. The PEUGEOT 3008DKR Maxi has been very competitive. With the marathon stage starting on Saturday, and Belen and Fiambala still to come, anything can happen. My goal, first and foremost, is to bring the car home safely to bivouac every night.”

“We had a good start to the week. We took the first stage win for a PEUGEOT 3008DKR on the rally and we were leading overall. The thought of tackling a really long and tough Dakar, with plenty of off-road driving, filled us with enthusiasm. Unfortunately, we were cut off in our prime. In 17 years of rally raids on a bike, I’ve never hit a rock: I know the damage that they can do. So, I just try to avoid them always. This was a rock that you couldn’t see and we hit it in the wrong place. My own fight for victory ended right there. But PEUGEOT has given me so much since I started on four wheels, so we obviously did everything possible to get the car back to the bivouac. This is the biggest test of character that I’ve ever experienced in rally raids. David and I put a lot of energy into this year’s race. But we’re still going and that’s what counts. There are only two of the four PEUGEOT cars in contention for the win now and we’re ready to be loyal Sherpas to help our team mates.”

The PSA Group has planned to launch 16 new models onto the Latin American market between now and 2021, including several new utility vehicles.

The competitors will undertake a long day of driving as the marathon stage begins, at the end of which they won’t be able to rely on their service crews at the bivouac in Uyuni. This intense special stage will include 60 kilometres of Bolivian dunes and desert.