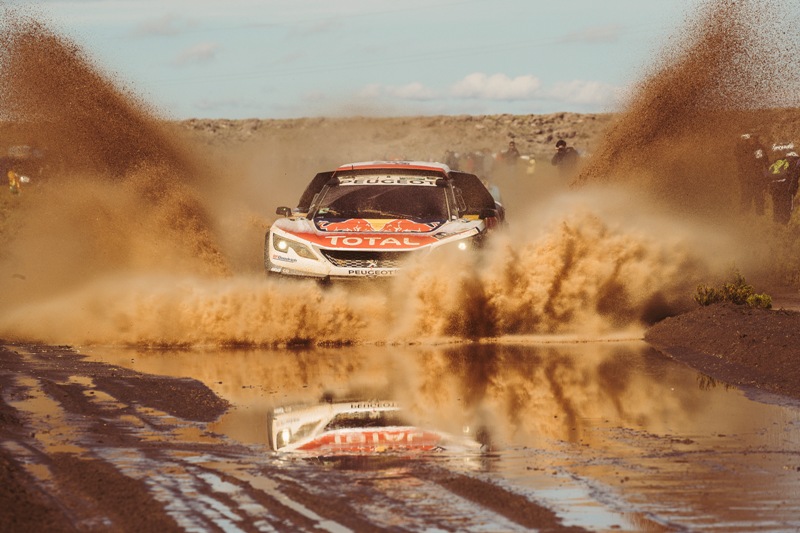 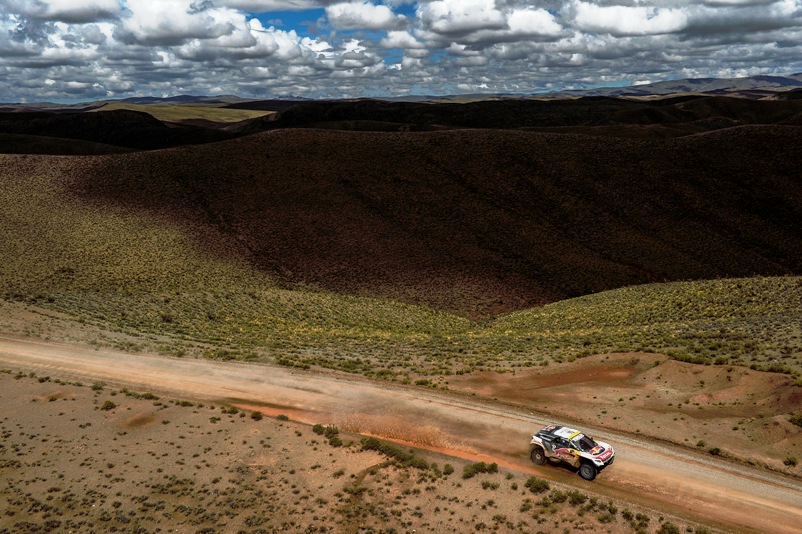 PEUGEOT 3008DKRs claimed the three fastest times for the second time since the start of the 2017 Dakar Rally. Sébastien LOEB, Stéphane PETERHANSEL and Cyril DESPRES locked out the podium on Tuesday’s shortened stage to make it an all-Team Peugeot Total overall top three once more, with the provisional leaderboard topped by LOEB/ELENA.

The three survivingPEUGEOT 3008DKRs made their mark on the 2017 Dakar Rally’s marathon test byposting the three best times on Stage 8. Sébastien LOEB and Daniel ELENA topped Tuesday’s order with an effort of 4h11m2s which has taken them 1m38s clear ofteam-mates Stéphane PETERHANSEL/Jean-Paul COTTRET who were second quickesttoday (+3m35s).

The sold run of Cyril DESPRES/David CASTERA was rewarded withthe third-best time (+5m35s) and they are now back up to third overall, 6m19sahead of Nani ROMA/Alex HARO BRAVO.

In keeping withthe Dakar’s marathon stage rules, no outside servicing was permitted at lastnight’s bivouac in Uyuni where the crews were left to their own devices. Allthree Team Peugeot Total crews carried out work on their respective PEUGEOT3008DKRs, including LOEB and ELENA who changed their car’s power steering pump.The PeugeotSport pairings went on to lock out Stage 8’s podium.

Recent poorweather continued to affect the 2017 Dakar Rally and forced the organisers toshorten the two competitive sections that made up Stage 8 from 492km in totalto 417km, while servicing was exceptionally permitted between today’s two timedruns.

Competitors were then blocked by a landslide on the ensuing road sectionto Salta, Argentina, which has also led to the cancellation of Wednesday’sStage 9. The service vehicles aren’t expected to reach the northwest Argentinecity before late into the night.

“We had to work on our car at last night’s halt in Uyuni. I helped Daniel until around 11pm before going to bed. The first part of today’s stagewent well for us and our car ran like clockwork. The conditions were far fromperfect and we came across stretches of standing water that were up to 600metres long. Stéphane was a little faster than us during the early off-roadsection but we had the edge when the terrain switched to more conventional tracks.We did our best to open up a gap but we then punctured on a concealed rock in aford about 80km from the end. We went on to win the stage, though, and we’reback in the overall lead. We will be first on the road on Thursday when we hearthat the navigation will be just as hard, if not harder. We are still in thefight, and that’s what counts, even though Stéphane isn’t far behind. He’sgoing well, so we will need to keep pushing without making any mistakes. Danielhas a good grasp now of calling the notes, even on the off-road stuff. It’sgoing well for us but this is far from over…”

“It wasn’t a perfect day for us. An early puncture after around 120kmcost us three minutes and allowed Sébastien to pass us on the road. We ranbehind him after that, staying just clear of the dust thrown up by his car. Weended up losing a little more than three minutes to him. Even so, I am pleasedwith my time today because some 300km of today’s stage was on WRC-style tracks.We didn’t do too badly and we are pleased not to have dropped more ground thanwe did. We’re no longer in the lead but the gap isn’t very big and anything canstill happen. Sébastien LOEB knows how to handle pressure and manage a lead butwe will do our best to go fastest on the remaining stages. The three Peugeotsare all back on the provisional podium which is a comfortable position to be in.I am disappointed that Wednesday’s ‘Super Belen’ test has been cancelled – itwould have been a good test for us and a chance to hit back.”

“Last night we had to tend to a lower suspension wishbone problem whichwas due to play in a ball joint. I decided it was wiser to change the part, so Davidand I didn’t get to sleep until quite late. We were in good form this morning, though. We had a big moment today when we aquaplaned on some standing water. Theforce of the water managed to open David’s door and he was treated to anunexpected shower! We didn’t have any problems at all on the second sectionwhich was more of a WRC-style stage and not really our type of terrain. Westarted six minutes behind Nani ROMA but finished four minutes ahead of him, sowe are quite pleased with our day.”