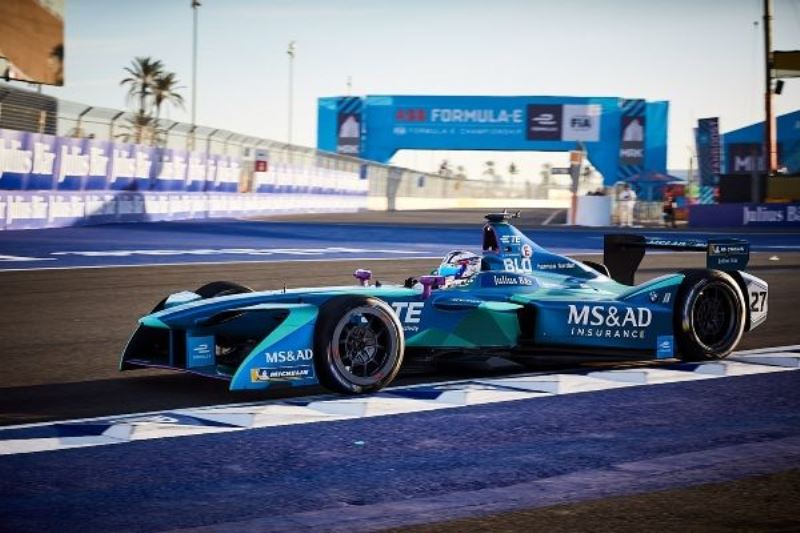 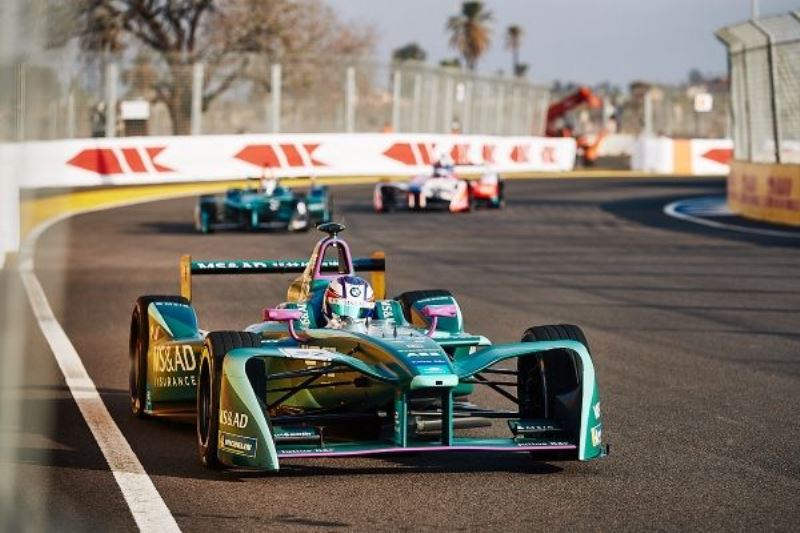 Tom Blomqvist (GBR) picked up his first points in the ABB FIA Formula E Championship on his debut race in Morocco. The Brit finished in eighth place at the Marrakesh E-Prix. However, his MS&AD Andretti team-mate António Félix da Costa (POR) had a difficult day. After an accident in qualifying, he delivered a strong catch-up performance which went unrewarded.

Félix da Costa crossed the finish line in 14th place. The event at the “ Circuit Automobile International Moulay El Hassan” marked the third round of the 2017/18 Formula E season. While qualifying took place in foggy and cool temperatures, it was sunny and warmer with temperatures of 16 degrees Celsius during the race.

Blomqvist completed his first Formula E qualifying session in group 1. He came into slight contact with the wall, but was able to continue his fast lap and qualified in 12th on the grid with a time of 1:20.870 minutes. Félix da Costa on the other hand was unlucky: He was on the way to a good lap time when he locked the brakes as he braked for turn 7 and he slid into the tyre wall. Subsequently, the man from Portugal had to settle with 19th, the penultimate spot on the grid.

Formula E rookie Blomqvist made up two positions in the opening phase of the race and had moved into the top 10 after two laps. At the same time, Félix da Costa set off on his race to catch up from the back of the grid, which saw him gain position after position. On lap 14 the team-mates were embroiled in a battle, and Félix da Costa overtook Blomqvist. After 17 laps, the man from Portugal entered the pit in tenth place and yet again fell victim to misfortune; just as he was changing car, race control announced a “full-course-yellow” phase.

This saw Félix da Costa lose time, and he was back in 14th place after his pit stop. Blomqvist entered the garage a lap later and returned to the field in tenth place. He moved up a position and crossed the finish line in ninth place. After a driver in front of him received a retroactive penalty, Blomqvist moved up into eighth place in the final rankings. Félix da Costa was unable to move up the field again and remained in 14th place. The win went to Felix Rosenqvist (SWE).

Tom Blomqvist, MS&AD Andretti Formula E: “The race was a bit of an eye-opener. I was also a bit lucky to finish in eighth position in the end. My focus was on getting some laps under my belt because I literally had no idea what to expect. I had tested and worked in the simulator, but it is very different in the race environment. There is definitely some work that needs to be done on my side to try and figure out how to better manage the race. It is so different from what I have done in the past, and every time I get in the car it will get better and I will learn more and more. I will work on my energy management, or the communication with the engineers. There are so many things that you really need to be on top of here in Formula E. I have got some way to go but we can be very happy with eighth place in my first race.”

António Félix da Costa, MS&AD Andretti Formula E: “It was one of those days that you call character building but we need to stay strong and I have big faith in my team. My mechanics did a great job and got the car repaired after my crash in qualifying which I apologize for; it was my mistake. The first stint of the race looked really good, we were fast and we got a lot of positions back. Unfortunately, when we decided to change cars the ‘Full Course Yellow’ came right in that moment. Basically, we boxed under green and the others after me came to the pits under FCY which made us lose a lot of time. The race was practically over from there. In the second stint I was driving on my own all of the time so there was not much I could do. So today nothing went our way but we keep smiling and I know that we have the potential to be in the points in every race so this is what we need to aim for.”