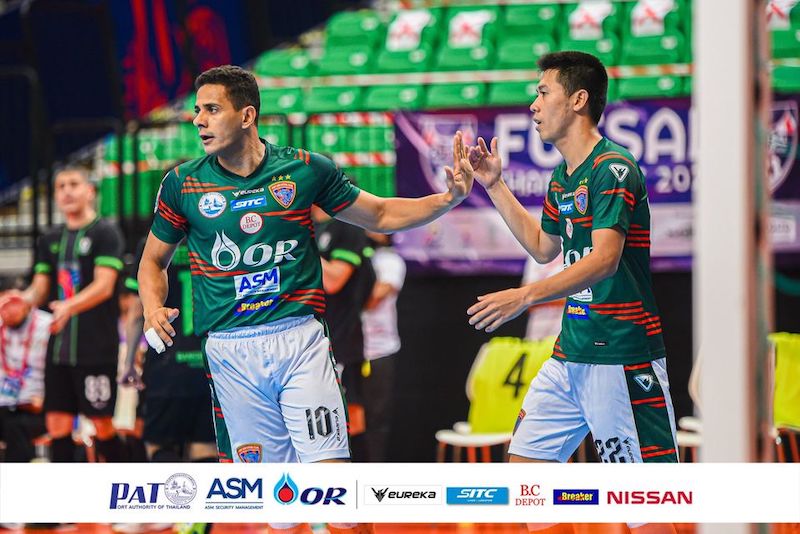 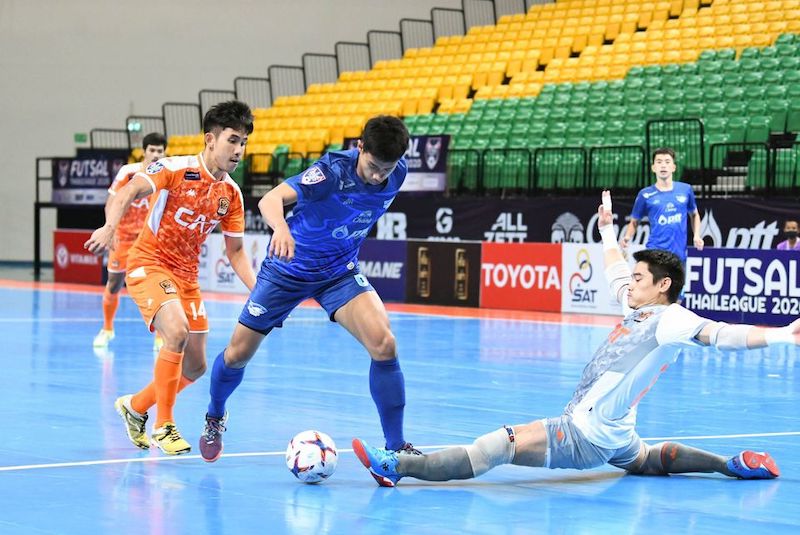 On the day when Royal Navy slipped up to allow ASM Port to move up to second, leaders PTT Chonburi Bluewave chalked up their seventh win in a row in the Futsal Thai League 2020.

Port took advantage of the slip-up from Royal Navy, who were held to a 1-1 draw by Thammasat Stallions, to take over the second spot at the standings.

In the meantime, Chonburi Bluewave made it a perfect seven from seven matches played when they coast past Cat FC 3-1.

Warut Wangsamal was on target in the very first minute of play as Kritsada Wongkaew then added the second goal five minutes later.

The second half saw Muhammad Osamanmusa added the third goal for Chonburi in the 27th minute before an own goal from Ppeerapat Kaewwilai gave Cat FC gave the consolation for the 3-1 scoreline. 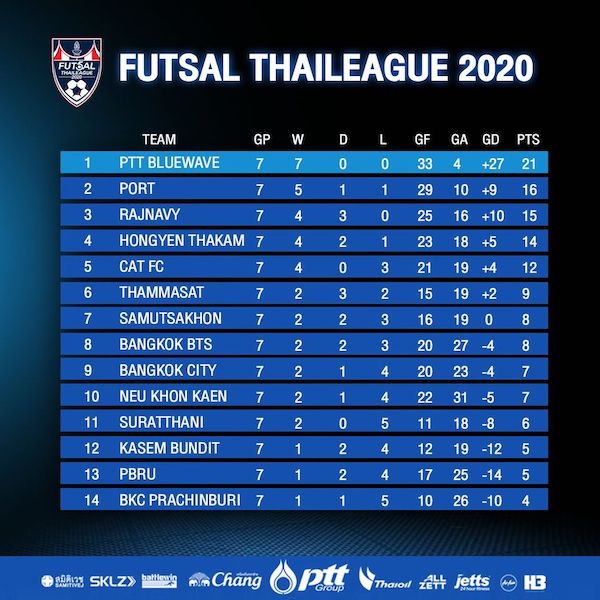