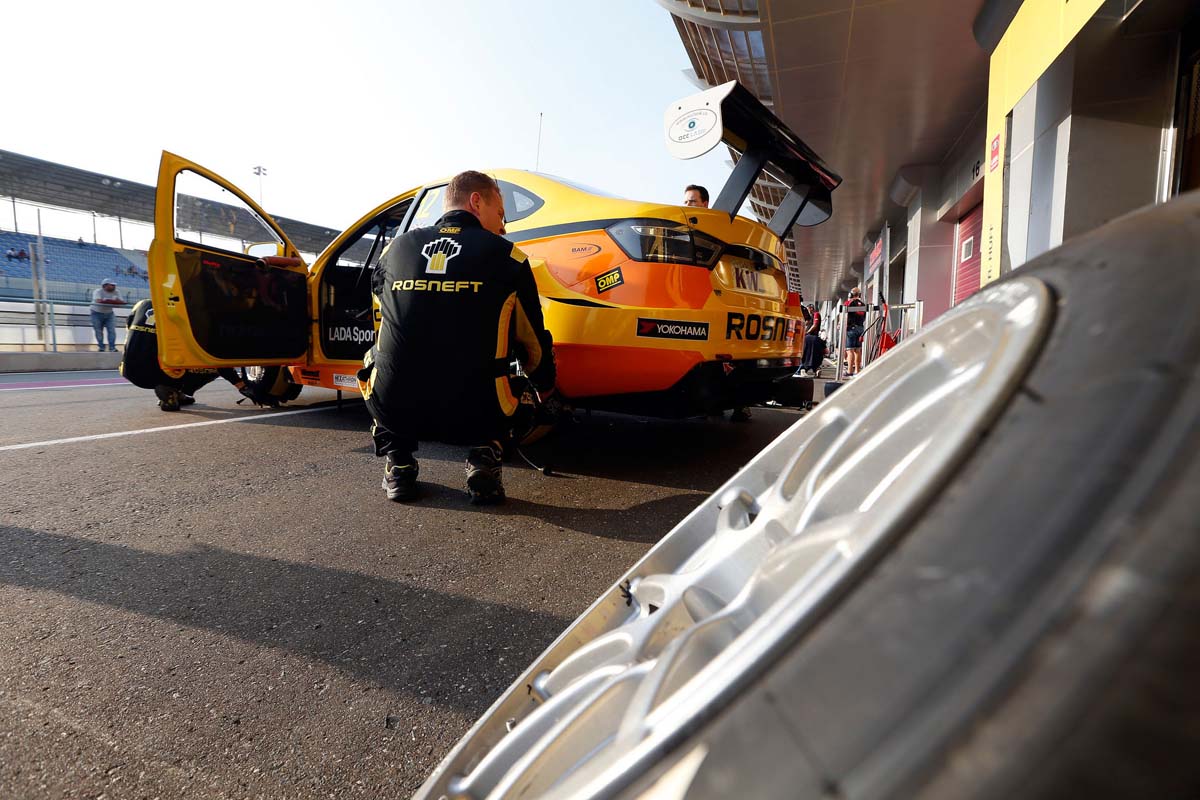 The Russian WTCC squad spent three days (6-8 March) at Algarve International Circuit in Portugal, conducting tests of the updated LADA Vesta TC1 ahead of the FIA WTCC 2016 season. Team drivers Gabriele Tarquini, Nick Catsburg and Hugo Valente extracted the maximum from the dry warm weather lapping consistently over the three days, gaining a better understanding of a renewed version of the Vesta TC1.

Gabriele Tarquini: “I drove the car the first day of the session. We were lucky with the weather; it was completely dry day, though the only problem was the strong wind. I did fifty laps without any mechanical problems. We tested different configuration and geometry on the front and rear suspension. For me it was a great opportunity to discover the car as I only drove the Vesta in rainy Magny-Cours where the temperatures have been very low. In parallel we continued to improve the engine performance and torque delivery. I’m happy to see that the car is sensitive to the changes we made. I also followed the test with Nick and Hugo because I wanted to share with them the feelings of the car and the development plan for the first race”.

Nick Catsburg: “I was very happy to be back at the wheel of the LADA Vesta. The team have worked effectively on the updates, the car feels really good. We put a lot of focus and made big progress in terms of standing starts, which was our weak point last year and often made the races more difficult for us as we could not capitalize on the cars qualifying speed. The new engine management system has been seriously upgraded, and this year we will be more effective at the start of the race for sure. Also the traction is much better now and the general power delivery has been improved. In general, thanks to the major changes in the engine and suspension, the Vesta looks really promising ahead of the WTCC 2016 season. It is also nice to see Gabriele’s experience apready having an influence in a very positive way.”

Hugo Valente: “I’m happy with how the testing went so far. I had limited dry running in the car so far so it was very important for me to do some dry testing and do a lot of laps. It was very useful in terms of both getting the knowledge of the car and regaining the confidence of driving the race car again as since the final WTCC race in Qatar last year I had not got my hands on a proper steering wheel. The updates brought by Lada Sport and Oreca seem to be working nicely. I had no experience of the 2015 car so it’s hard for me to compare, but the feedback from Gabriele and Nicky is positive on both engine and suspension so hopefully that Vesta will show a better pace and improvement in terms of reliability and consistency on the long runs. I am very much looking forward to beginning of the season, it will be the first time we will be racing with the other cars so we will get a better idea of where we are in terms of performance”.

The team will have one more test session in mid-March at Magny-Cours Circuit before the the season kicks off at Paul Ricard Circuit in France (1-3 April).