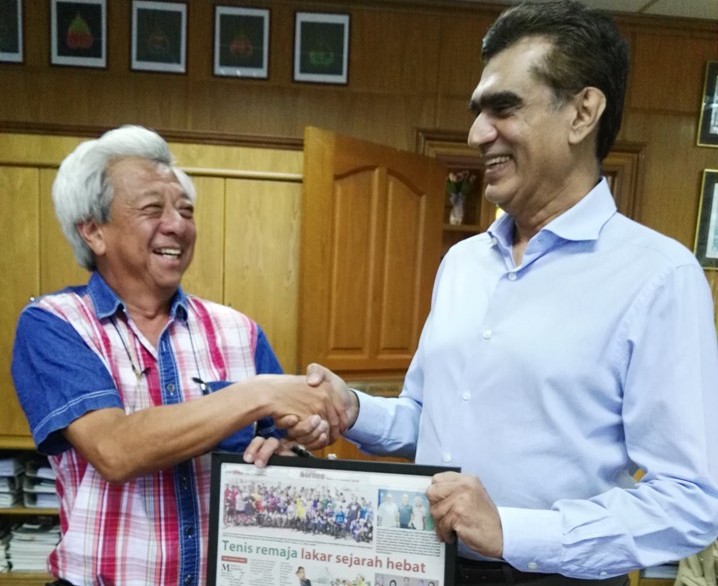 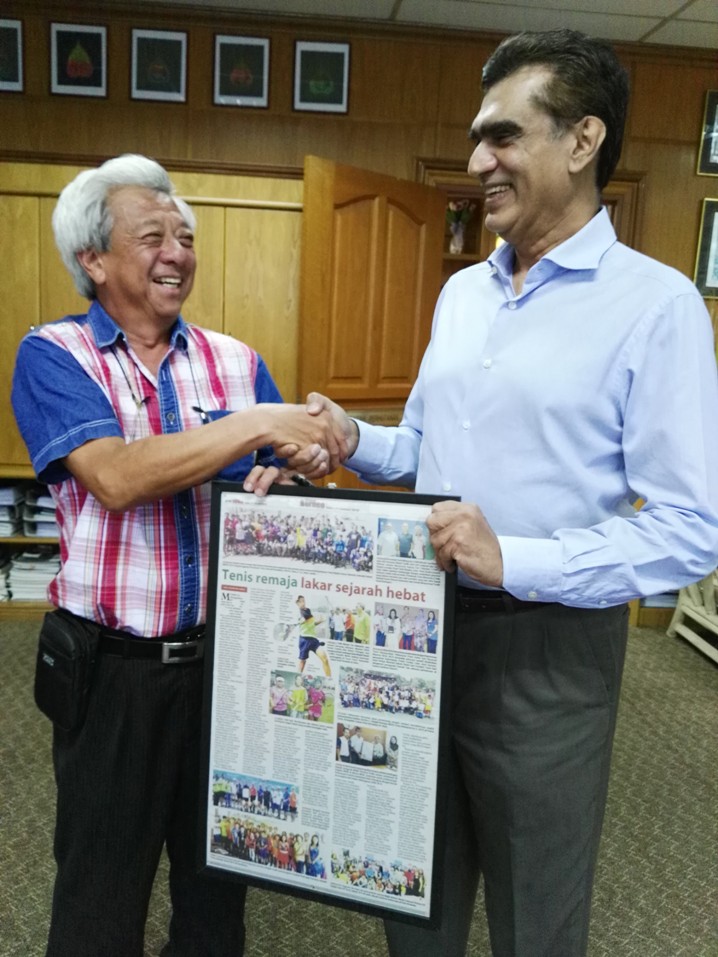 Sabah Tennis President met up with Datuk Sam Mannan, the brother of the late Ajit Mannan to brief him on the achievements of the Sabah tennis  juniors for the past year and the 2016 programs.

After the best achievement from Christian Didier Chin as the first Malaysian to be ranked number one in Asia under the ATF as the  14  and under juniors category in 2014, Nurshaneem Shamsuddin Sabah’s under 16 girl captured 6 national titles in 2015.

Among the notable promising juniors are Clarissa Sofia Sham who is the youngest girl’s champion in the 2015 Sabah Games and Ryan Chee who recently reached the semis in both the singles and doubles in the national LTAM junior tour 2016 in the 12 and under age category.

The aggressive junior coaching program started by the combination of 2 good friends  Ajit  Mannan and Johnson Koh in the late 80’s have been bearing fruits several years ago.

After Ajit’s demise STA approached Datuk Sam Mannan, who is the Sabah Forestry Director and  the elder brother of Ajit,  to continue with the program and Sam happily agreed and every year STA president Johnson Koh has been briefing him continuously and getting assistance and advice from Sam.

According to Datuk Sam, good legacies must be continued and with the good governance and accountability by the STA EXCO Datuk Sam has been continuing to support the legacy of this junior development program that has been bearing fruits.

For the record STA has already a standing policy as follows for the juniors:

STA will pay for the entrance fees of the junior player for the  tournament.

On top of that additional incentives will be awarded by STA and may request others to award other incentives.

With these as a standing policy any junior can take part in any tournament on his own except tournaments that require the quota from each state. On this the state will select the best who can participate to take part.

Johnson Koh handed over a framed full page newspaper report on the year end review of Sabah Tennis for 2015 to Datuk Sam Mannan and briefed him on the 2016 programs. Datuk Sam thanked STA and handed over the financial assistance to continue with his late borther’s commitment on the legacy of ‘ JUNIOR COACHING PROGRAM – SCOUTING TALENT AMONG SCHOOL KIDS”