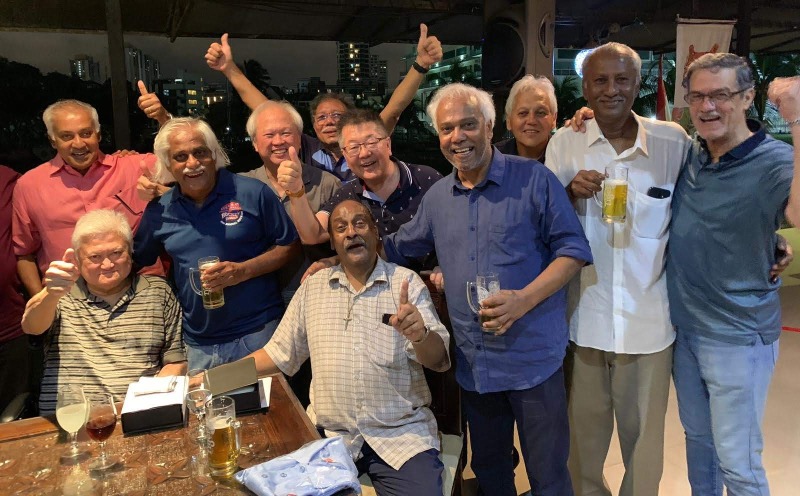 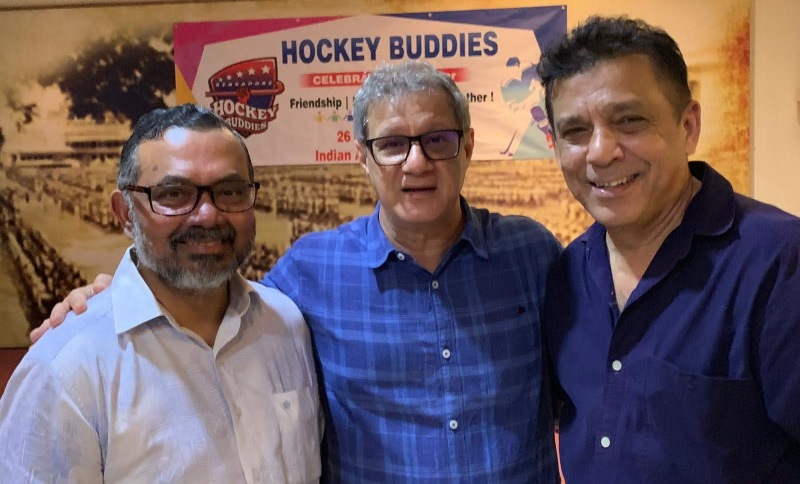 HOCKEY Buddies: A priceless two words that, every year, sum up the extraordinary reunion of former Singapore hockey mates which ended with yet another biggest bang on Friday at the Indian Association (IA) along Balestier Road.

Rarely ever would you get hockey mates, some as spirited as 93-year-old Olympian midfielder Ajit Singh, get together to rejoice buddy bondships going back half-century.  From the 1956 Melbourne Olympic Games to the 1973 SEAP Games (where we won the first and only hockey gold-medal) to modern-day stick-and-ball, where, rather sadly, we’re struggling to get regional recognition.

Close to 60 former Singapore hockey internationals, some who played as far back as the 1956 Melbourne Olympics – the first and only time Singapore took part in the Olympic Games – with Ajit Singh at the helm and 1964 Tokyo Olympian Douglas Nonis, who then played under Malaysia colours. 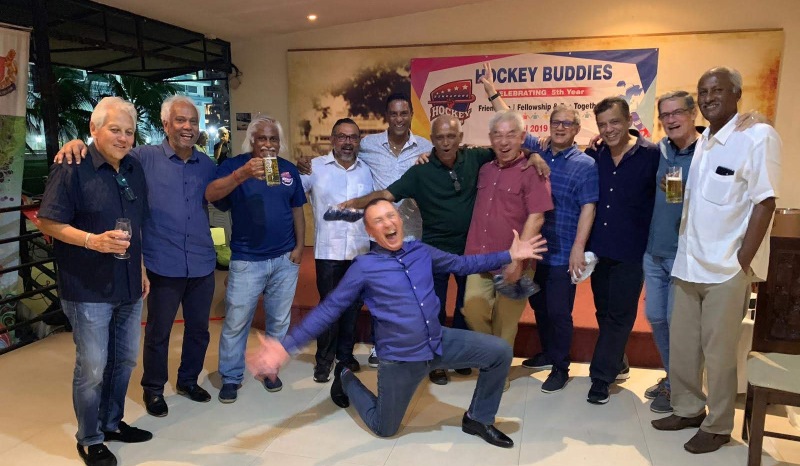 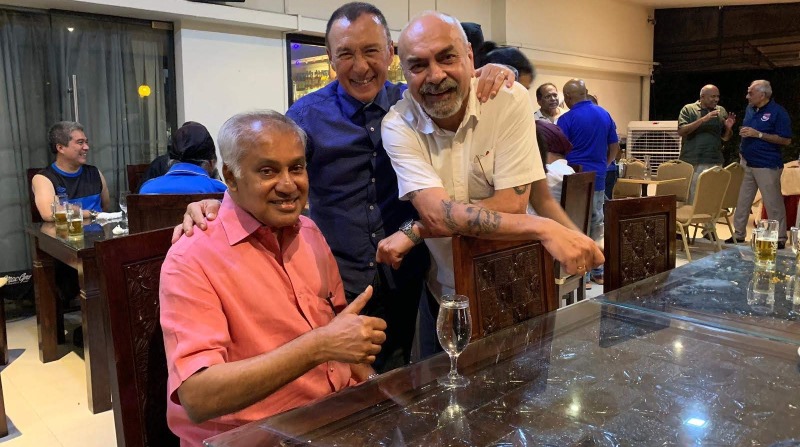 “And they are the ones that have done the most in-house to develop the younger generation. That caring commitment has come through in the personality of the many former heroes who turned up to celebrate a very special occasion.”

Ajit Singh, the rarest breed of triple internationals at cricket, golf, and hockey, who ranks as the only Singapore-Sikh Olympian the past century, said: “Such memories are priceless. They need to be shared and I’m delighted ‘Hockey Buddies’ are rightly recognizing and celebrating the old guards.”

For Ajit, a walking stick is out of the question as he keeps in fighting fit condition. He attributes his continuing good health to a disciplined lifestyle over 1,440 minutes every day. He wakes up at 5.30am and sleeps at 10.30pm every day. He walks and plays nine holes at the Singapore Island Country Club’s Island Course on Mondays, Wednesdays and Fridays, and covers 5,000 metres at Yio Chu Kang Stadium on Tuesdays, Thursdays, and Saturdays.

The retired educationist, who rose to be a Vice Principal at Queenstown Secondary Technical School, eats more vegetables and less meat these days and also abstains from beer and soft drinks.

His awesome sporting lifestyle even as a passionate family man, sportsman and gentleman with awesome memories either at home, on the pitch, track or green, were recently captured in a family-commemorative biography-book, ‘The Heart of an Olympian’, written by his grandson Luc Gill, 29, a crypto-currency dealer and fitness guru. 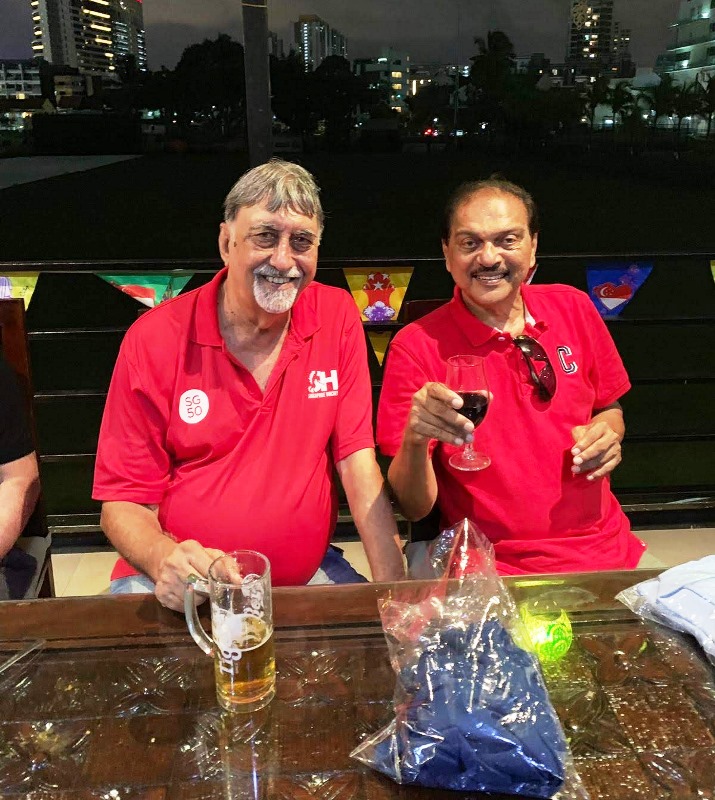 Likewise legendary lawyer Anwarul Haque, part of the 1964 Malaysian Olympic squad, who is hailed as one of the greatest post-war hockey goalkeepers. He said: “Sports have always been in my blood from the colonial era of the 1950s and we played with absolute passion, not rewards.”

Notably, after the Olympics, he played yet again at the 1970 Asian Games and the 1971 Seap Games, where Singapore clinched a silver medal. Following his retirement from competitive hockey, he became a prominent lawyer and subsequently, for eight years as the President of the 1852-founded Singapore Cricket Club, the oldest social and sports club in town.

Retired schoolteacher Harbhajan Singh Loomba was significantly mentioned for his role as coach in the 1973 SEAP Games gold-medal-winning team. He was an outstanding left-half, starting with the 1962 Asian Games and scored the winning goal at the first MHF-organised Razak Cup in 1963.

Deserving pats-on-the-back for organising Friday’s event, besides going to Melbourne-based Nantha Kumar, must be showered on Keith Kleinman, Arul Subramaniam, M. Neethianathan, Gerard de Cruz and M. Jeevanathan, among others.

1973 SEAP Games vice-captain Arul Subramaniam best summed up the extraordinary Friday evening: “It’s like a dream to see close to 60 hockey heroes. They truly symbolise ‘Hockey Buddies’. Greying but still looking very good, Minds are still sharp as ever and the partying mood was just infectious. Yes, we now look forward to the sixth anniversary next year…and more, more to come.”

Biggest cheers surely must go to Keith Kleinman (also from the 1973 SEAP Games squad and also a St Joseph’s Institution stalwart) who single-handedly compiled a nostalgic four-minute clip to remind of one of sports’ distinct values – the importance of being the “best of friends”. 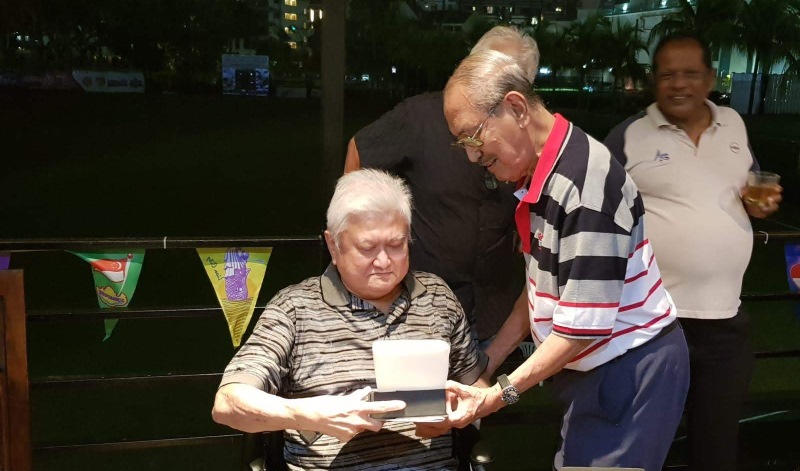 Yes, the 60-odd former hockey stalwarts who turned up on Friday at IA deserve more than gold medals.

They’re icons in their own rights and never forgot what hockey made them to be today, as heroes of buddyship.

And their annual reunion is, in essence, a global rarity as few former stalwarts, anywhere in the world, congregate every 12 months to celebrate their life-long friendships.

The spirit of ‘Hockey Buddies’ will live on for many more years to come especially in the three words that symbolise their exemplary bondship: Friendship. Fellowship. Fun.  – SURESH NAIR 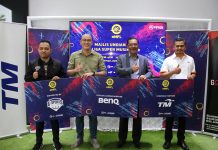