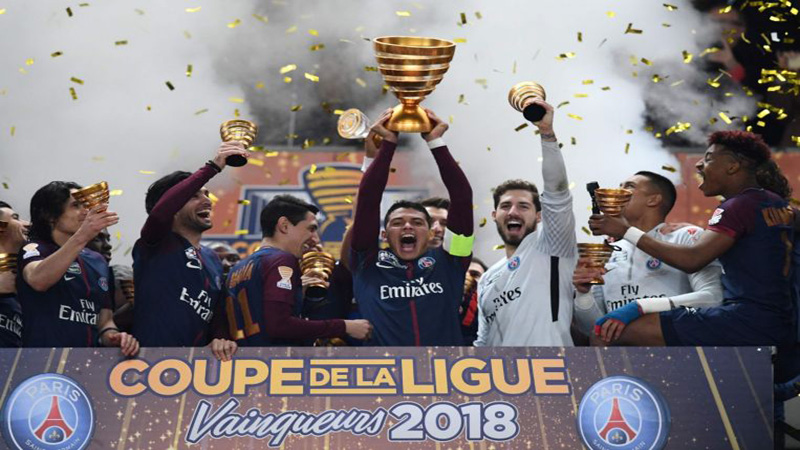 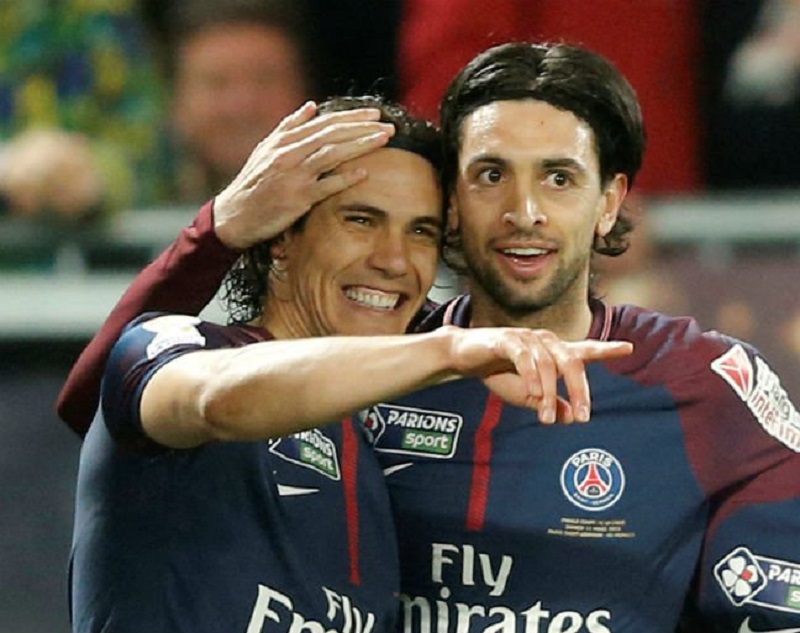 Paris Saint-Germain claimed their fifth consecutive French League Cup title as an Edinson Cavani double helped them ease to a 3-0 victory over Monaco in Saturday’s final at Bordeaux.

The Uruguayan gave PSG an eighth-minute lead from the penalty spot after a lengthy delay for a video assistant referee review, before Angel Di Maria beat Danijel Subasic at his near post to make it two and Cavani completed the scoring late on.

Kylian Mbappe was a constant menace and perhaps the difference between the two sides, as his current team beat his former club for the second successive final after last year’s 4-1 victory.

“Tonight there was a great Kylian on the other side, he was the difference in the game,” said Monaco coach Leonardo Jardim.

“I think we played with the right attitude, always tried to look for a goal after the penalty.”

The capital club’s win also extended their all-time record amount of League Cup crowns to eight and stretched their winning streak in domestic Cup competitions to 40 matches since a French Cup defeat by Montpellier in January 2014.

The holders were awarded a spot-kick after only four minutes, as Polish centre-back Kamil Glik brought down Mbappe.

After a three-minute wait for the decision to be confirmed by VAR, Cavani stepped up to beat Subasic and grab his 34th goal of the season.

But PSG doubled their advantage in the 21st minute as Mbappe set Di Maria through on goal with a wonderful pass, and the Argentinian international fired a low shot under goalkeeper Subasic to score for the third League Cup final in a row.

Rony Lopes wasted a golden opportunity for Monaco to halve the deficit as he chipped wide with only PSG goalkeeper Kevin Trapp to beat.

Just seconds later it was Cavani’s turn to squander a magnificent chance, miskicking off target after Mbappe had laid the ball on a plate for him with the goal gaping.

Trapp’s blushes were spared shortly afterwards, as after his error allowed a Radamel Falcao header to drop into the net, VAR ruled the goal out for offside.

Jardim’s Monaco put up a much better fight than 12 months ago, and Portuguese winger Lopes came agonisingly close early in the second half when his curling effort flicked the top of the crossbar.

Mbappe, who joined PSG from Monaco in a 180-million-euro deal last year, continued to look dangerous but proved wasteful in front of goal as he prodded past the post just two minutes after Subasic had saved at his feet.

But the 19-year-old continued to create opportunities, and it was his jinking run which ended with Cavani slotting into the corner.