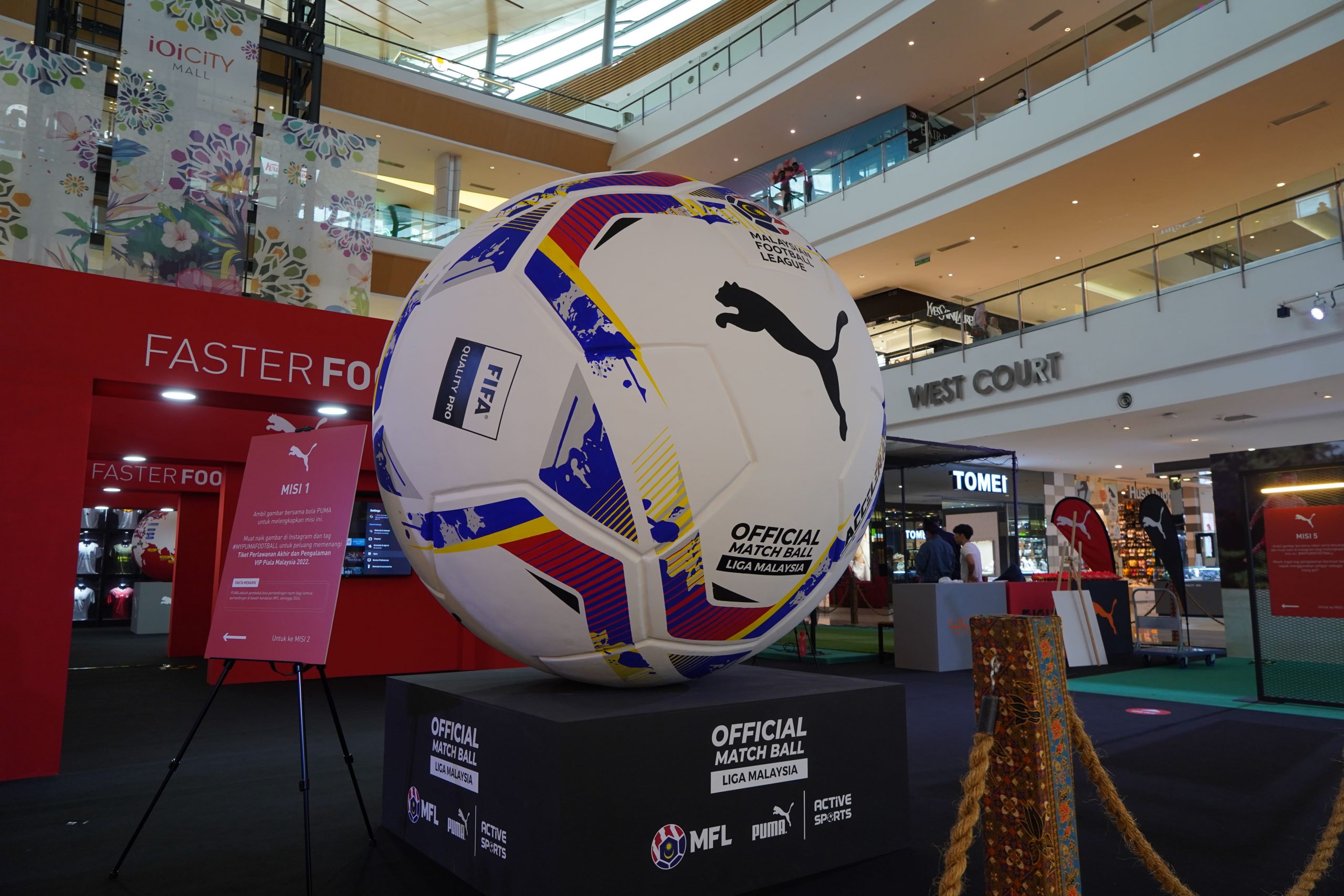 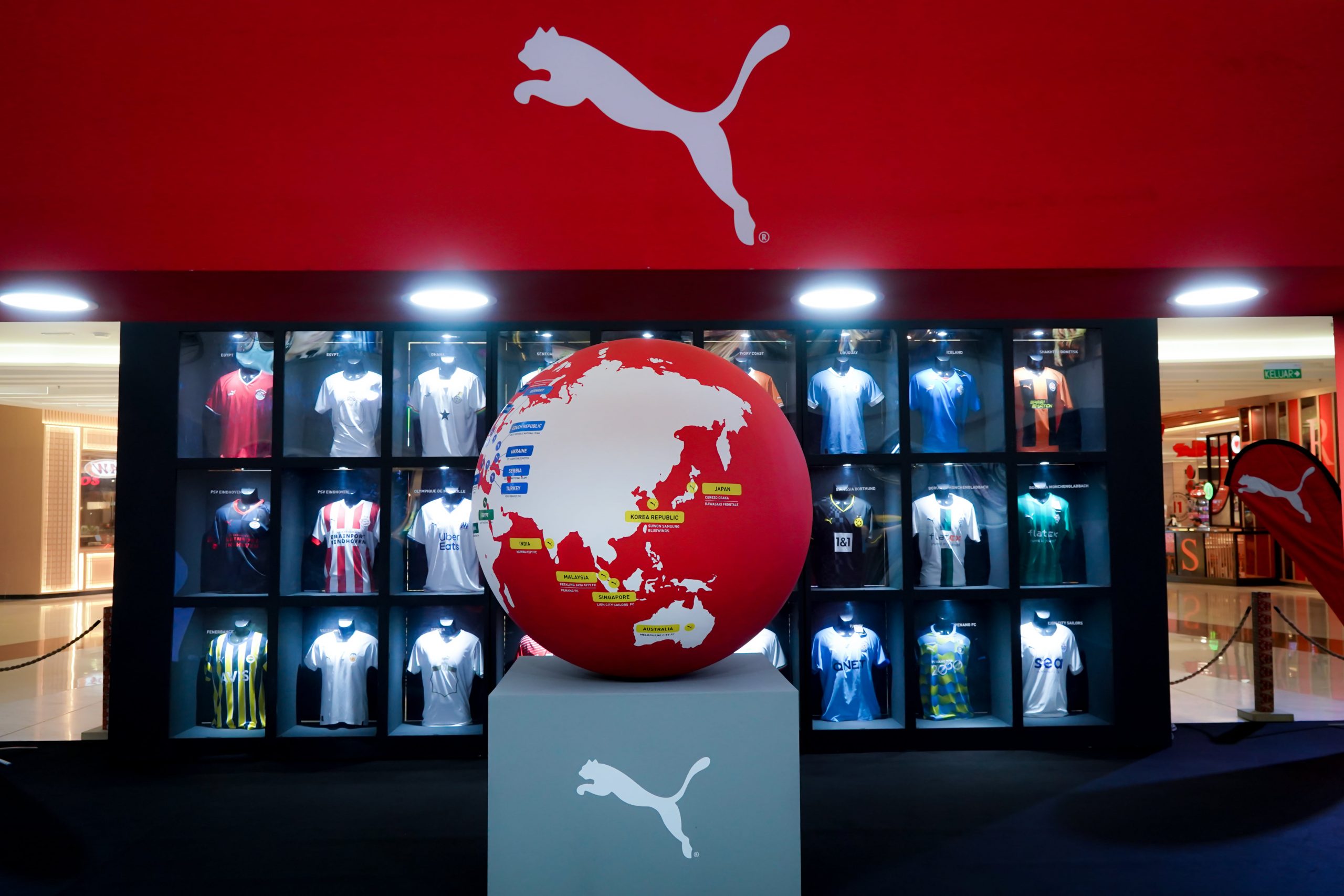 Global sports brand PUMA has taken the stage to further raise the level of football in Malaysia! The PUMA House of Football is a week-long activation showcasing the fastest brand in the world embarking on a mission to fan the flames of football passion amongst Malaysians through a series of experiential activities, a captivating walk down memory lane of global football history, and more.

Happening at IOI City Mall, Putrajaya (Concourse, West Wing) till 8th of November at 10am to 10pm, PUMA’s House of Football showcase will be part of the brand’s commitment to forever push the game forward and drive positive changes in football – both on the local and global stage.

“Football is every bit a part of PUMA’s DNA as much as it is Malaysia’s. Growing up, every Malaysian has parts of the sport positively imprinted onto them – we learn the values of competitiveness, teamwork, nationalism, friendship, and overall togetherness. Today, our aim is to celebrate the beauty of the sport and then to continue to push it to greater levels, cementing PUMA’s constant support for the budding football community from the grassroots level all the way to the international arena,” said Steven Tan, Country Manager of PUMA Malaysia.

“We believe that Malaysia is rife with world-class talent, hence our continued efforts to elevate the local football scene through official partnerships with the Malaysian Football League and ACTIVE SPORTS and more. We remain committed to our mission to cultivate a community where these talents can thrive,” he added.

One highlight of the House of Football event is a walk down ‘football history’, where PUMA will showcase a curated collection of its most iconic equipment in football history, sourced from all around the world.

Featuring nine legendary football boots, fans will be able to have a first-hand appreciation of PUMA’s long, highly successful heritage in football. Many of these boots were worn by some of the greatest football icons in history such as Pelé, Diego Maradona, Lothar Matthäus, Antoine Griezmann, Neymar Jr, and more. This experiential walk illustrates the evolution and innovation of PUMA’s expertise in football from 1952 till today.

Fans will also be thrilled to find out that the PUMA House of Football will feature 27 of its most popular jerseys from 22 football teams throughout the world. National team jerseys from Italy and Ivory Coast, world-class football club jerseys such as Manchester City and AC Milan, and even beloved local clubs such as PJ City and Penang FC are up on display to showcase PUMA’s compelling role in the world of football today.

At the heart of the event, PUMA celebrates the local football scene, paying tribute to the heroes of Malaysian football, both past and present. Catch up-and-coming national players Danish Haziq, Nabil Hakim, Adam Nadzmi; and well-established senior players Zaquan Adha, Razman Roslan, and Mahali Jasuli; who are featured in exclusive videos filmed as part of the event to further drum up inspiration for football lovers across the nation. 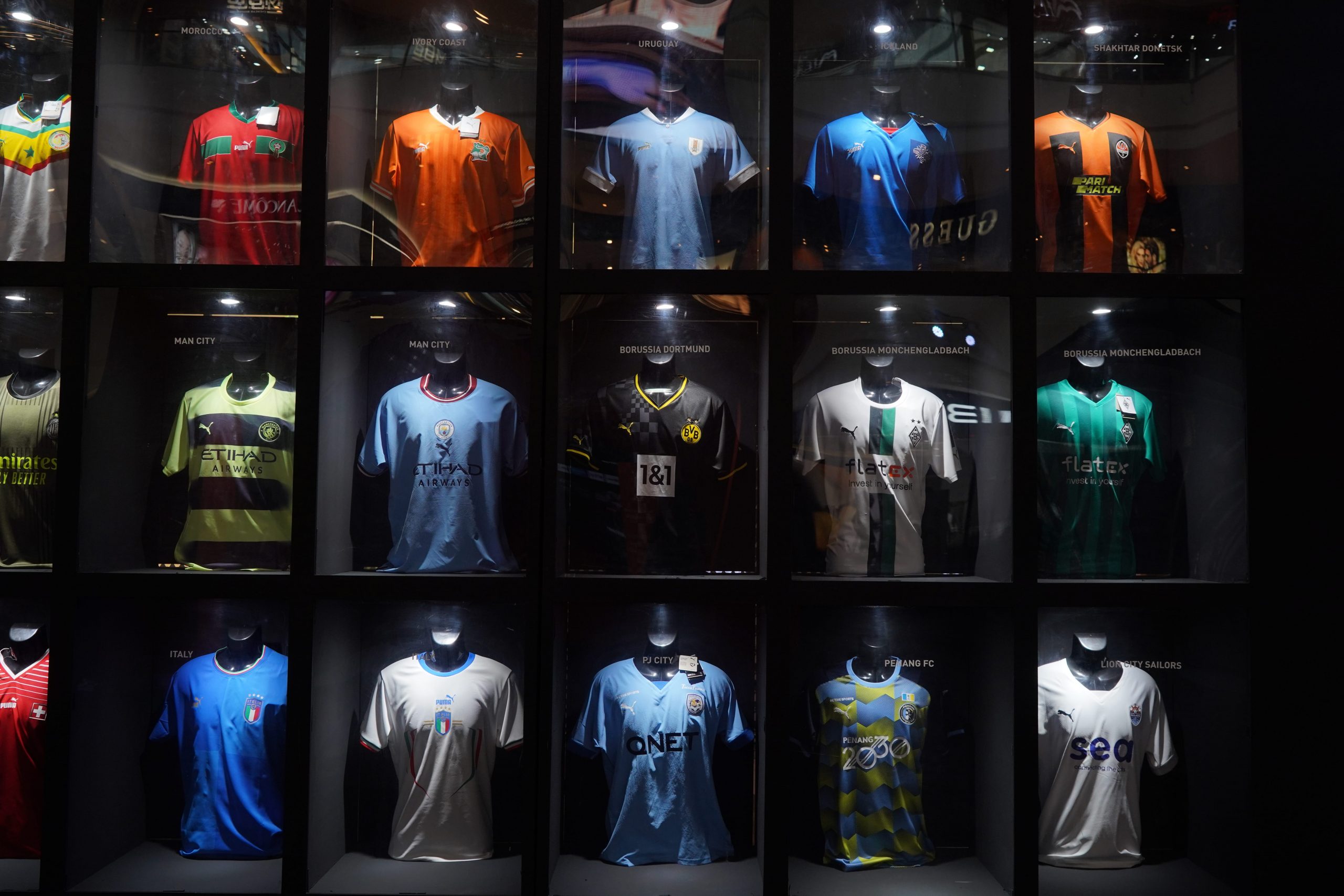 Fans may also check out a special booth at the PUMA House of Football, dedicated to Malaysian football legends Datuk Wira “Tauke” Soh Chin Ann, Datuk Santokh Singh, and Datuk James Wong which will highlight their extensive achievements – most notably as members of the team that led Malaysia to qualify for arguably the most acclaimed global sporting event – the 1980 Summer Olympics.

That’s not all – throughout the week-long event, fans can take part in a series of on-ground experiential activities such as “Footie Pong” to win exclusive prizes! Moreover, with every PUMA purchase, a free heat printing service for customized jerseys will be provided, allowing customers to bring home their very own personal PUMA football jersey.