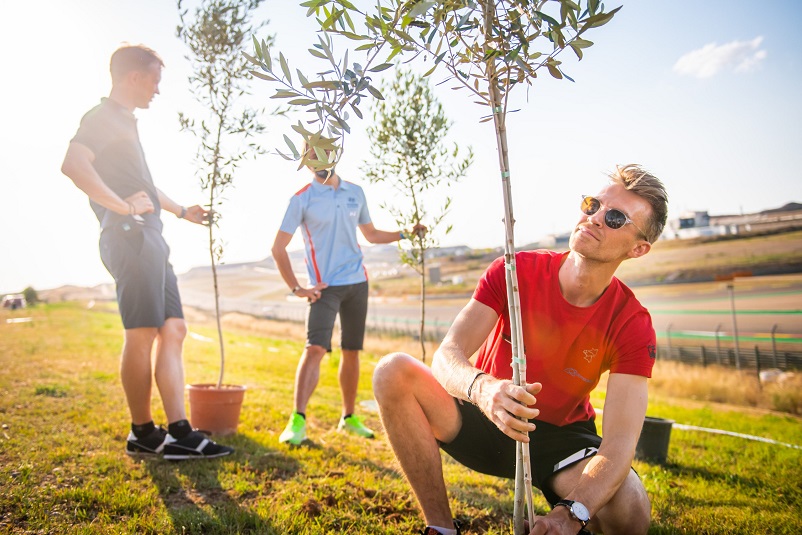 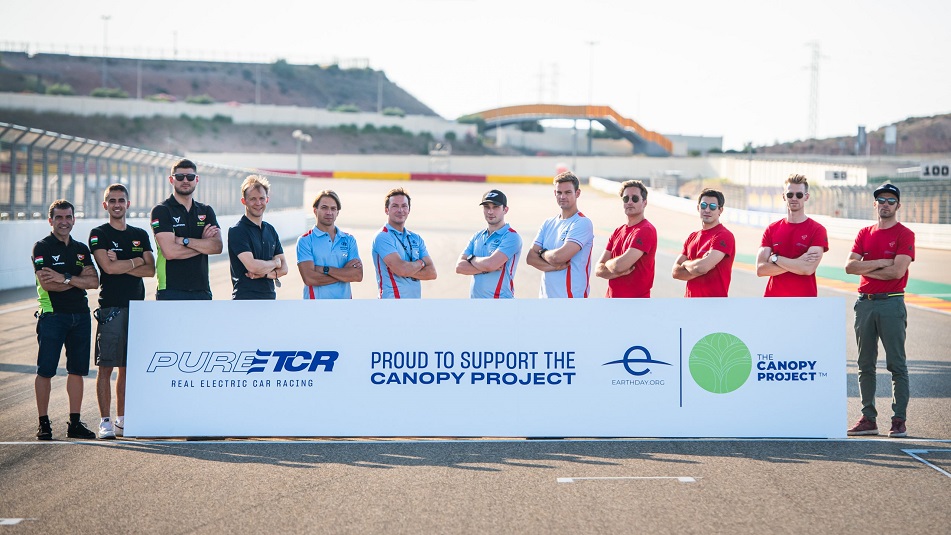 PURE ETCR is a partner of EARTHDAY.ORG throughout 2021

PURE ETCR, the world’s first all-electric, multi-brand touring car championship, has taken the next step in its push towards greater sustainability in motorsport in partnership with EARTHDAY.ORG.

Through EARTHDAY.ORG’s global reforestation initiative, The Canopy Project, PURE ETCR has been responsible for the planting of more than 4,500 trees and creating the resultant environmental benefits during 2021.

More than 20 trees were planted next to the circuit, which is itself well on its way to achieving its aim of becoming net-carbon-neutral, and the process continues in many other communities and nations.

PURE ETCR, which has established a global platform for the largest automotive manufacturers to showcase their latest electric cars, pledged to plant a tree for every kilometre raced in 2021, meaning a total of 4,691, as part of The Canopy Project.

The Canopy Project was last year the driving force for the planting of more than 700,000 trees globally as part of reforestation projects that have produced a carbon offset of more than 17,000 tonnes during the same period.

The majority of these projects have taken place in Uganda, India, Mexico, Canada and Madagascar; countries where the replanting has been in line with creating environmental and economic benefits for local communities.

PURE ETCR continues its push to promote electromobility and emission-free motorsport as key roles in the quest for greater sustainability in motorsport in 2021 as it evolves into the FIA eTouring Car World Cup.

Xavier Gavory, PURE ETCR Series Director, said: “At PURE ETCR our mission is to promote electromobility as one of the key actions in the fight against carbon emissions. By joining forces in April with EARTHDAY.ORG – the organiser of Earth Day for the past 51 years – we’ve become involved in some of their projects with the mission of diversifying, educating and activating the environmental movement worldwide as well as making our own sustainability commitments as a series. The Canopy Project is a perfect complement to this mission. Since 2010 EARTHDAY.ORG has, through The Canopy Project, planted tens of millions of trees around the world and this is helping not only to reduce the emissions, but to improve the lives of people in communities across the planet.”

Mattias Ekstrom, 2021 PURE ETCR Champion, said: “I think it’s a must for motorsport to be a good example to show everybody that you have to take care of the environment as well as you can. If everybody can take a small responsibility, it can make a big difference. I grew up on the land so I’m used to living in the forest and when I see what’s happening around the world in the areas where harvesting is a big problem, I think that anyone would surely like to plant a tree. If we all did it, it would be a lot of trees.”

Watch the video in full.