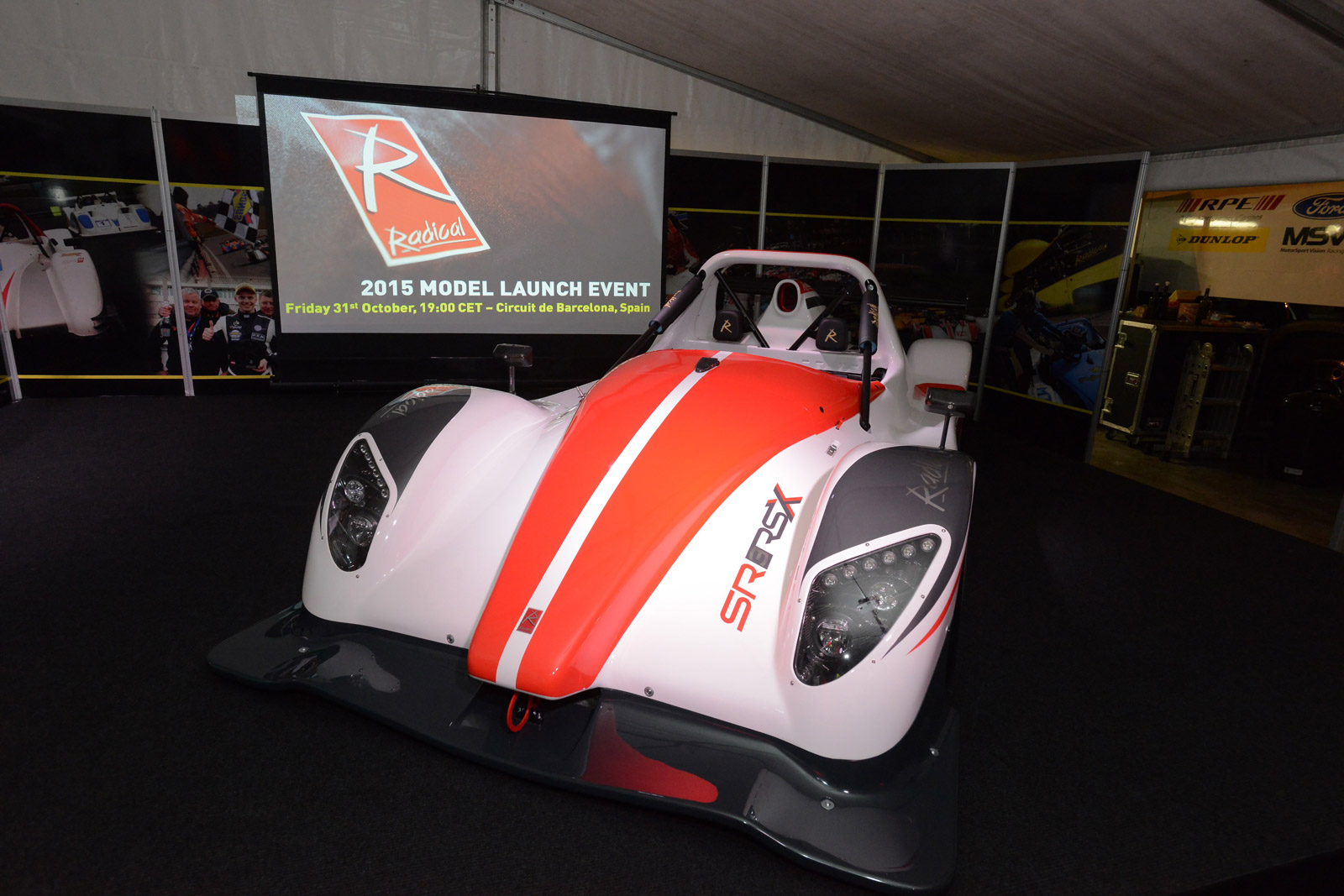 Since 2002 the SR3 has been providing drivers thrilling, cost-effective, high-performance track driving and racing, and now the SR3 RSX with its dramatic styling, improved aerodynamics and extended durability will blow you away in a sportscar package that’s faster over any lap, easier to drive and cost even less to run than before.

First launched in 2002, the SR3 is the world’s most successful sports-racer, with over 900 satisfied customers. The SR3 RSX has been carefully developed over the last 12 months, incorporating a show-stopping new look and latest-generation LMP aerodynamics into the proven, lightweight and high-performance SR3 powertrain package.

The new SR3 variant is called the SR3 RSX and it’s essentially a slightly faster take on the SR3, which has been in production now for almost 15 years. The car packs a 1.5-liter four-cylinder ‘RPE Generation 3’ engine and has 210 horsepower and 124 pound-feet of torque to play with. The Gen 3 version of the engine benefits from larger-bore exhaust, bigger throttle bodies and revised mapping.

The car also benefits from LED detailing and new front and rear diffusers, and it features for the first time a hardline braking system as standard as well as the latest-spec LCD display.

Powertrain
In our continual quest to reduce the cost of racing while maintaining all the thrills, the SR3 RSX features a new high performance variant of the RPE 1500 Generation 3 short stroke engine, with more mid-range power and torque for faster laps, at the same time delivering longer service intervals and improved efficiency.

The benefits of this modern powerplant include an increased factory warranty from 40 to 45 hours. Radical remains the
only manufacturer in the world that offers this level of comprehensive factory guarantee on all road and race engines. Other benefits include a reduction in high-frequency vibration, leading to smoother running characteristics and increased component longevity, particularly camshaft drivetrain.

The RPE 1500 Generation 3 short stroke engines produce lower levels of CO2, both in the manufacturing process and in running, through greater efficiency and reduced weight. These new engines and the previous generation of RPE 1500cc engines will both be eligible for all 2015 Radical SR3 Championships – the Radical Clubman’s Cup, Grove & Dean Motorsport Insurance Radical SR3 Challenge and Radical European Masters. From 2016 onwards only the RPE 1500 Generation 3 short stroke engine will be eligible.

Design
Whilst the SR3 RSX retains the class leading, confidence inspiring and FIA-approved SR3 spaceframe chassis, the differences are obvious as soon as you set eyes on the spectacular new styling. The stepped cockpit surround echoes current Le Mans Prototype (LMP) styling whilst still affording excellent visibility for the driver and passenger.

Advances in Computational Fluid Dynamics (CFD) modelling have seen the SR3 RSX gain a redesigned front diffuser. This features a ‘double-tunnel’ profile from leading edge to rear and for the first time integrates into the wheelarch leading edges for improved airflow.

This in turn improves the front aerodynamic efficiency of the car without compromising front-rear balance, and also creates greater stability under braking.

The front view is dominated by an 8-LED race lighting array, affording improved forward visibility and track illumination for
night or poor-weather racing. Moving to the rear a new open-deck tail improves airflow, grip and cooling at the back of the car, and incorporates high-intensity LED brake and rain lighting.

The rear diffuser profile has been greatly revised using experience gained from the RXC development programme, with a lowered deck angle to improve ‘ground effect’ aerodynamic grip. Above this sits a new dual exit exhaust system.