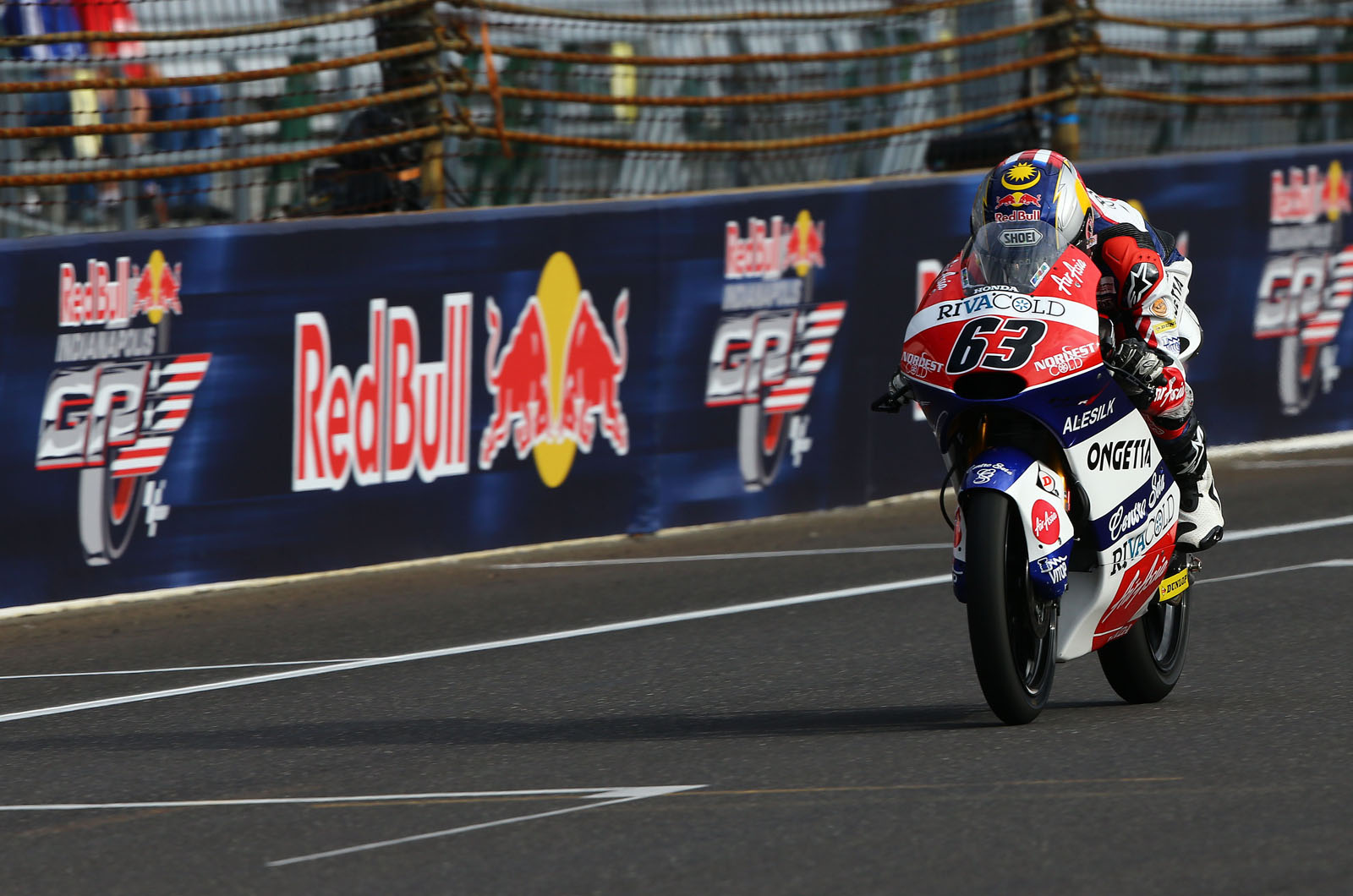 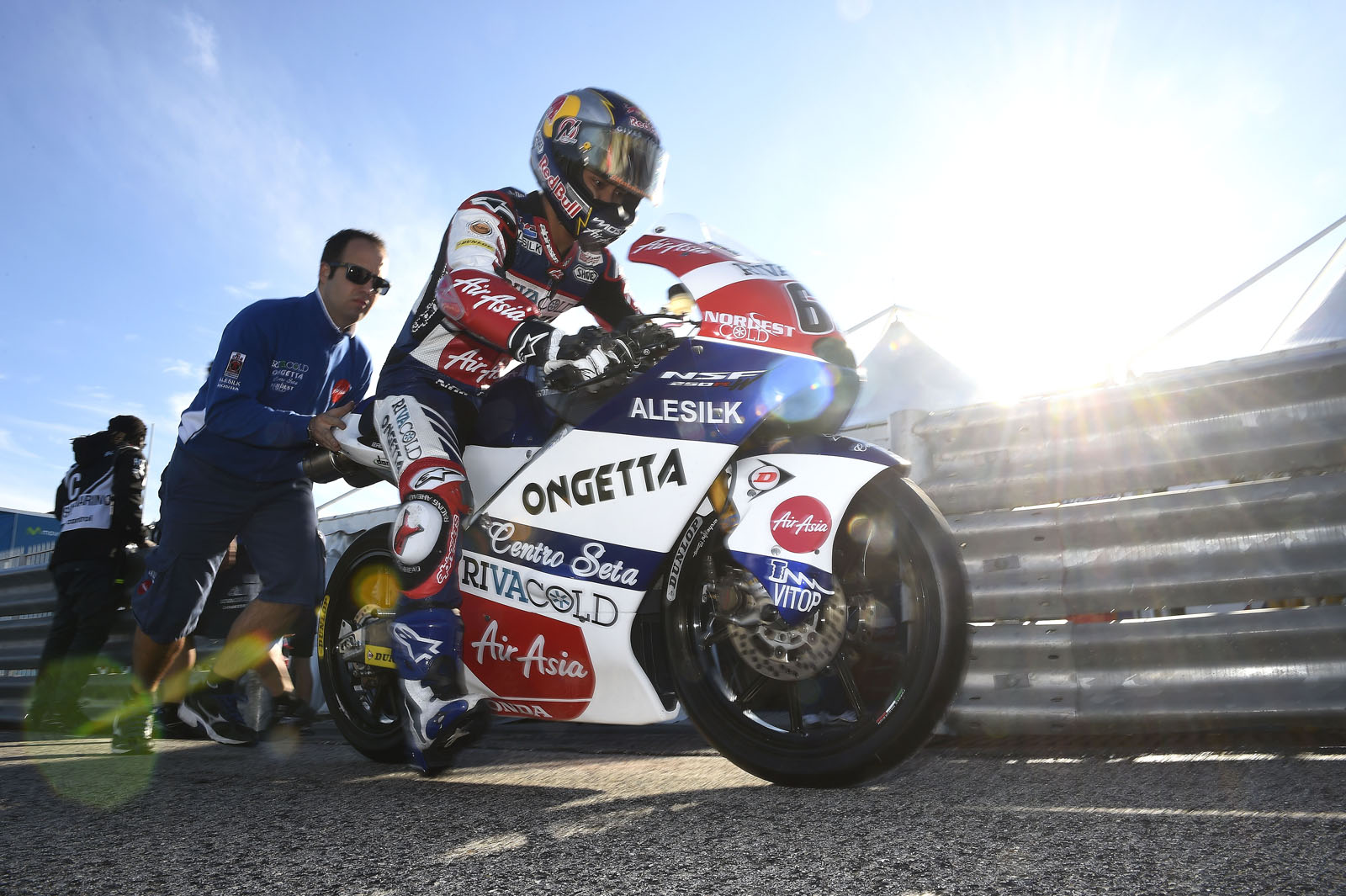 SEPANG – Minutes after completing the last race of the season, Malaysian Moto3 rider ZulfahmiKhairuddinshifted his focus away from the disappointing result in Valencia to the coming year with the all-new SIC Racing Team.

“Our target today was to finish in the points but it was not to be,” said Zulfahmi, who has yet to fully recover from the effects of Friday’s free practice session crash.

Starting from 26thposition on the grid yesterday, the Ongetta-Airasia rider said his plans were undone by some suspension problems. “I did not start very well. After three laps, I found it very difficult to pass the riders in front of me as I had some problems with the front suspension. It was soft compared to warm up.”

“Later,I managed to pass two riders in front, and then tried to pull the gap. Finishing 19th today is very disappointing,”said Zulfahmi, who finished 20th overall with 19 points in the Moto3 championship.

Armed with the vast experience he has amassed since making his world championship debut in 2010, Zulfahmi will be giving the others a run for their money next season. Zulfahmi will join Czech rider JakupKornfeil in the SIC Racing Team, which was launched during the week of the Shell Advance Malaysian Motorcycle Grand Prix.

“Zulfahmi had a tough season and I am sure he is eagerly looking forward to the new season,” said Datuk RazlanRazali, CEO of the Sepang International Circuit.

“We are embarking on a bright new future with the SIC Racing Team next season. We are all excited and looking forward to watching our team in action.”

Meanwhile, the other Malaysian rider in Moto3, HafiqAzmifinished in 23rd position. The SIC-AJO rider, who collected his first points of the season in the Malaysian race two weeks ago, was in 24th position on the starting grid.

In the Moto2 championship, Malaysian HafizhSyahrin finished just out of the points in 16th position. The PetronasRaceline Malaysia rider completed the season in 19th position with a total of 42 points.

Hafizh’s compatriot, Azlan ShahKamaruzaman, riding for the Idemitsu Honda Team Asia, completed the last race of the season in 27th spot. He was unable to pick up any points this season.