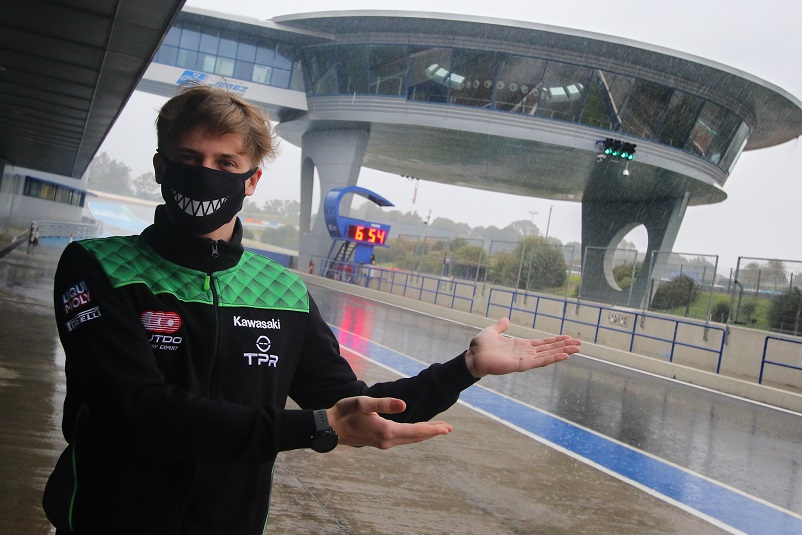 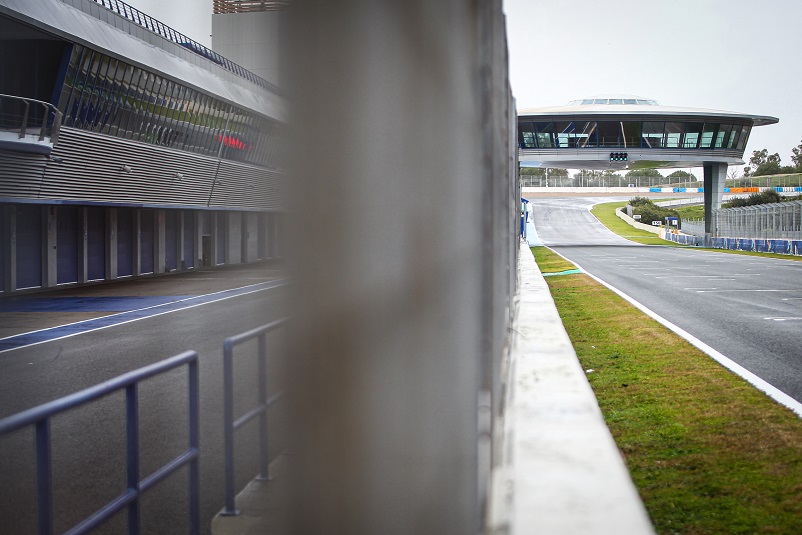 Two days of testing at the Circuito de Jerez – Angel Nieto got underway today with inclement weather stopping any meaningful running across the MOTUL FIM Superbike World Championship paddock with only Leonardo Taccini (ORELAC Racing VerdNatura) taking to the track as the 18-year-old rookie got to grips with his Kawasaki ZX-6R for the first time as he prepares for his first WorldSSP campaign.

Rain had been forecast and it proved to be correct as the weather disrupted the day from when the pit lane opened until the end of the day with Taccini taking to the track to complete 20 laps throughout the day. His best time was a 2’08.042s as he got to grips with his new machine in difficult conditions; improving his time constantly throughout the day.

WorldSBK riders were present on day one but decided to not take to the track given the tricky conditions, as well as due to limited testing days available. Team HRC, Kawasaki Racing Team WorldSBK and ARUBA.IT Racing – Ducati were all present at the test with various new parts to try out but stayed in their respective garages all day due to the weather.

Leon Camier’s first time at the track as Team HRC’s Team Manager was dampened by the rain as riders Alvaro Bautista and Leon Haslam stayed in the garage despite a lot of working going into the HONDA CBR1000RR-R over the winter. Honda will be hoping to build on a strong comeback year in 2020 after taking one podium; looking to get back onto the top step of the rostrum. 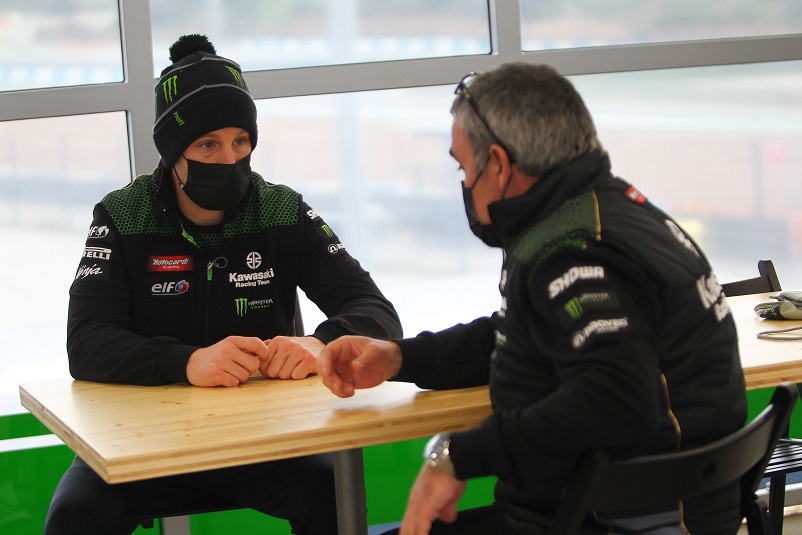 Jonathan Rea (Kawasaki Racing Team WorldSBK) would have continued to test the brand-new Kawasaki ZX-10RR including work on the new engine as well as the balance with the new aerodynamic package while teammate Lowes aiming to make a final plan for testing throughout March, while also hoping to test a new swingarm as well as some electronic changes.

Michael Ruben Rinaldi (ARUBA.IT Racing – Ducati) would be looing to get acquainted with his new team as he makes the switch to the Ducati factory team for 2021 while teammate Scott Redding continues in his second season for the team after mounting a title challenge in his rookie season.

It is scheduled to be a busy test for teams running Ducati machinery as Barni Racing Team and Tito Rabat get to know each other as Rabat prepares for his WorldSBK debut while Chaz Davies switches to Team GOELEVEN; Davies was due to run two bikes throughout the test as a comparison between his winning machine from Estoril as well as a slightly modified bike.

WorldSBK rookie Loris Cresson (OUTDO Kawasaki TPR) was hoping to ride his new Kawasaki machine in wet conditions for the first time but ultimately stayed in the pits all day; with Cresson planning on riding the same machine he ended last season on. Fellow rookie Isaac Viñales (ORELAC Racing VerdNatura) was also due to go out on the 2020 Kawasaki as he makes the step up from WorldSSP to WorldSBK.