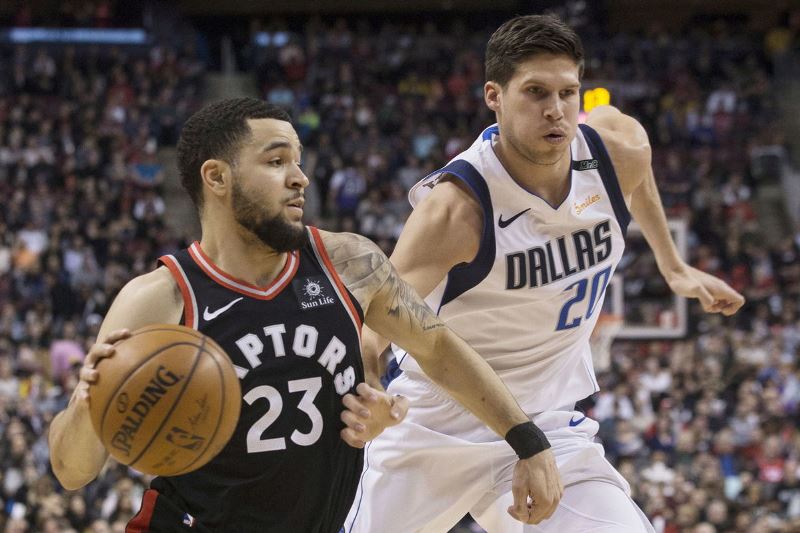 The Toronto Raptors had to rally late and work overtime Friday to stretch their NBA winning streak to 11 games with a 122-115 victory over the Dallas Mavericks.

The Eastern Conference-leading Raptors, who needed a fourth-quarter surge to beat the Indiana Pacers on Thursday, looked to be feeling the effects of their second game in as many days in the early going.

But DeMar DeRozan came through with 29 points, including a short jump shot with 53.1 seconds left in overtime that put the Raptors up 117-115.

Jonas Valanciunas then made five of six free throws in the waning seconds to seal the victory, finishing with 21 points and 12 rebounds for Raptors.

“I’m not completely happy, because I see the big picture, but I like the fight,” Toronto coach Dwane Casey said. “I like the way the guys competed.”

Toronto trailed by six going into the fourth quarter and twice cut the deficit to two before DeRozan finally knotted the score at 106-106 with 1:15 to play and that’s where it stood at the end of regulation.

The Raptors opted to rest star guard Kyle Lowry on the second night of the back-to-back games. Delon Wright started in his place and scored 15 points, one of seven Raptors players to score in double figures.

Casey said it might be good for the Raptors to battle through some tough wins as they steam toward the playoffs.

“We’re learning to be the hunted instead of the hunter,” he said. “It’s a different mindset. You’ve got to be focused mentally. Mistakes can’t happen. I thought our guys battled. In the second half, we made winning plays down the stretch to get ourselves back in.”

The Boston Celtics, second to Toronto in the East, posted a convincing 92-83 victory over the Magic in Orlando.

The Magic connected on just 39.1 percent of their shots from the floor and were out-rebounded 55-40. Boston pulled down 16 offensive rebounds and out-scored the Magic in second-chance points 20-8.

The Philadelphia 76ers cut things close for the second consecutive night, rallying for a 120-116 home victory over the Brooklyn Nets.

The Sixers, who rallied from a double-digit third-quarter deficit to beat the lowly Knicks on Thursday, ended Friday’s contest with a 7-1 scoring run.

In Oklahoma City, Russell Westbrook posted his fourth successive triple-double to lead the Thunder to a 121-113 victory over the Los Angeles Clippers. – Agence France-Presse