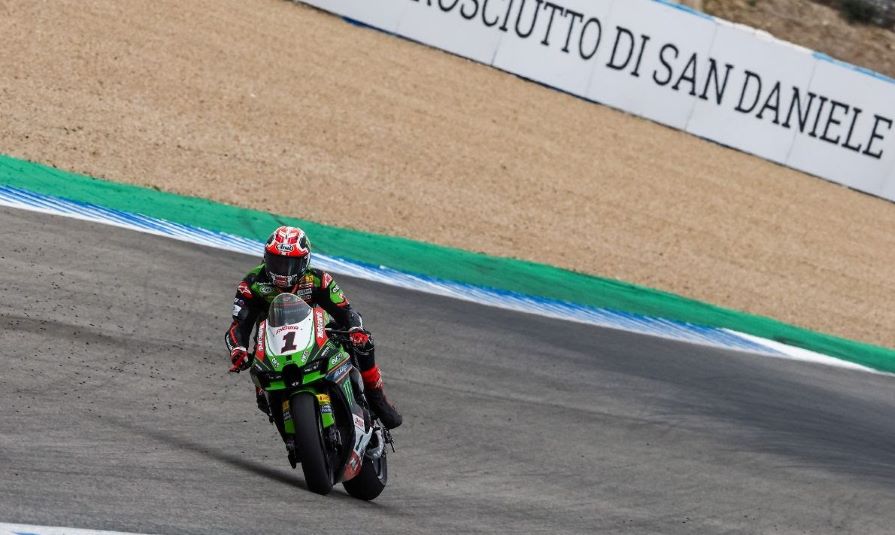 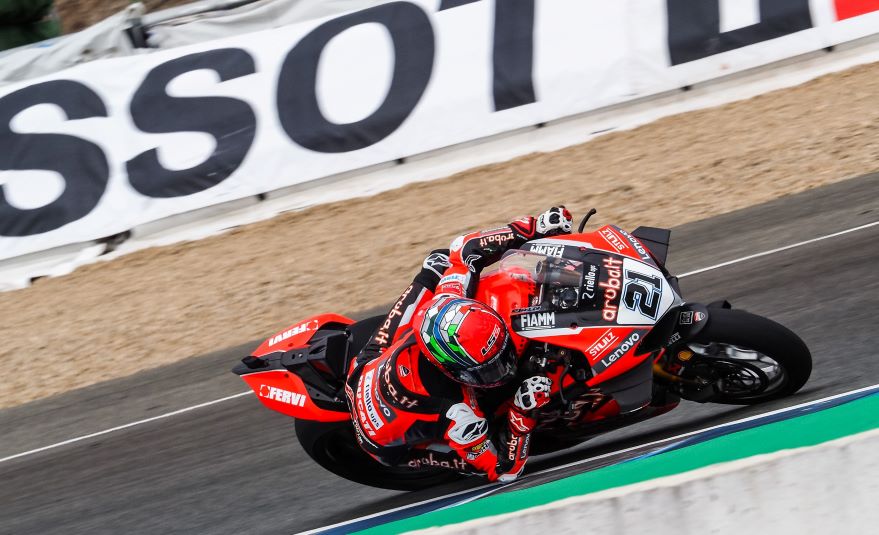 Setting the only sub-1’40 lap time of the weekend so far, Jonathan Rea left it late to blast clear at the head of the field

The 2021 MOTUL FIM Superbike World Championship enjoyed a lively day of action at the Circuito de Jerez – Angel Nieto for round ten and the Motul Spanish Round.

With rain falling lightly just before the start of the session, the WorldSBK riders were out on track and setting the lap times in almost perfect conditions, with Jonathan Rea (Kawasaki Racing Team WorldSBK) topping the day’s running ahead of Michael Ruben Rinaldi (Aruba.it Racing – Ducati) and Championship leader Toprak Razgatlioglu (Pata Yamaha with Brixx WorldSBK).

Third in FP1, Jonathan Rea (was at the front of FP2 for the majority of the session and was down to competitive times from the start. Teammate Alex Lowes enjoyed a solid FP1 in fourth although a hand injury limited his running to just six laps.

Both were inside the top five during FP2, Rea in particular doing longer runs to get a better understanding of the new ZX-10RR at the track. With less than three minutes to go, Rea set the first sub-1’40 of the weekend and led the way into Saturday with nearly four tenths of a second as his advantage.

It was a bright start for the red of Ducati as Michael Ruben Rinaldi was leading the way for most of the second half of the session, before ultimately finishing second on the combined times. Rinaldi was second in FP1 too, so it has been a solid start for the Italian, who picked up where he left off after winning at Catalunya.

Teammate Scott Redding left it late to come up the order, finishing the day in fifth place overall, fourth in FP2. On the combined times, Redding places fifth but with temperatures expected to rise during the weekend, expect the Ducatis to grow stronger. Combined, they set 82 laps, valuable for the weekend ahead.

Having topped Free Practice one in the morning, Toprak Razgatlioglu left it late to feature at the front in FP2. The Turkish rider was outside the top five for most the session before popping up the order, consolidating his third place on the combined times.

Teammate Andrea Locatelli was out on track and in solid form, down in eighth place in FP2. Come the close of Friday action, with Razgatlioglu in third overall and seventh in FP2, Locatelli, who was sixth in the morning session, concluded the day in eighth place overall.

The Jerez weekend was off to a bright start for Honda as Leon Haslam (Team HRC) placed fourth on the combined times. The team took part in a private test at the circuit not so long ago, so recent track action seems to be paying dividends. Despite a fast crash in the closing stages of FP2, there were plenty of positives for Alvaro Bautista (Team HRC) on day one at Jerez.

The Spaniard improved his time by eight tenths of a second in FP2 in comparison to FP1 but crashed at Turn 11. Tucking the front and seeing his bike cartwheel through the gravel, Bautista was able to finish in sixth overall. Bautista and Haslam were the top two through the second split, showcasing Honda’s strengths.