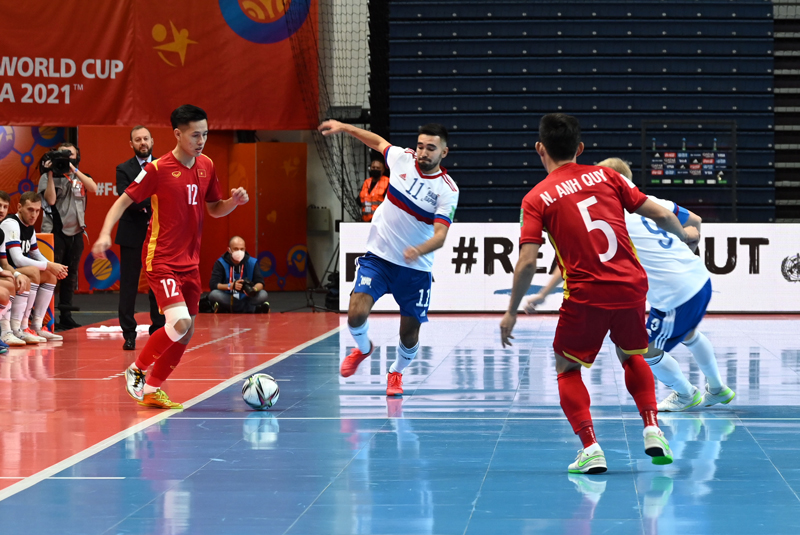 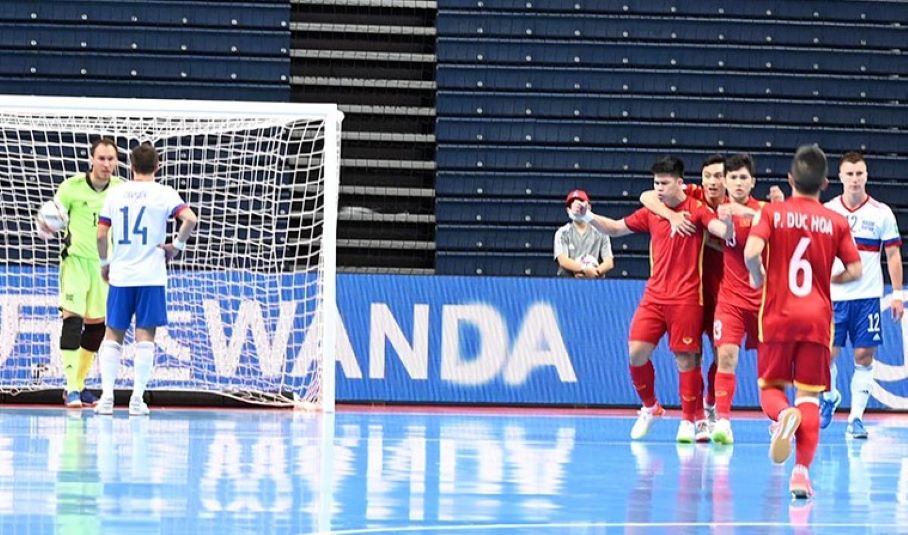 Vietnam pivot Nguyen Dac Huy said that the team has made a huge impression in world Futsal after the team bow out in style in the Round of 16 at the on-going FIFA Futsal World Cup.

Vietnam were not overawed in their match against Russia in the knockout stage where they put up a great showing to score twice before having to concede to a 3-2 loss.

It was definitely a much better showing considering that Vietnam had fallen to the same team at the same stage four years ago in Colombia when they were shown the exit following a 7-0 defeat.

“We did everything we could and I believe that we have made big steps on the world stage,” said Duc Huy.

“We played this match for our teammate Vu Duc Tung (who was injured at the previous match) and for our great supporters.”

Added captain Tran Van Vu: “We are very proud of our performance at the FIFA Futsal World Cup. We have given our best for our fans and our nation. This is the highest-level competition in the world, and we have produced our most successful campaign.”