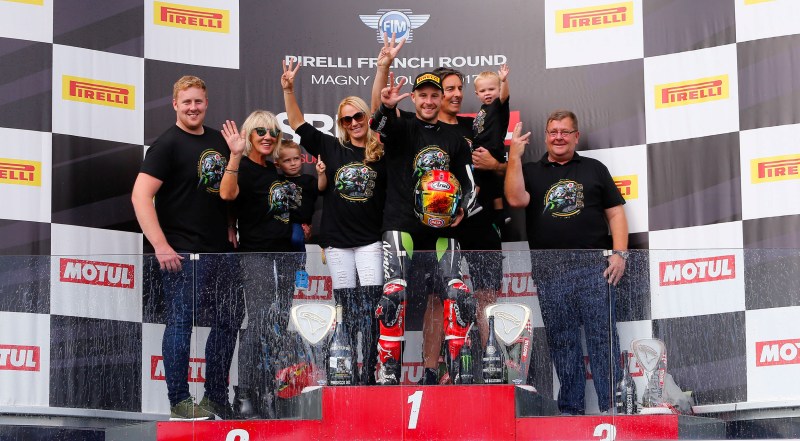 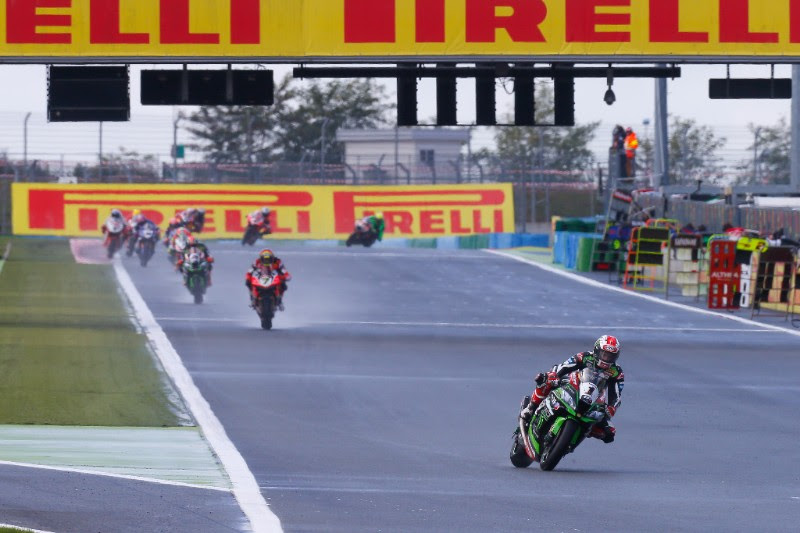 Rea made a determined start from pole position and soon pulled clear of the rest of the pack, keeping the hammer down over the 21 laps of the race in the wet-drying conditions at the Pirelli French Round to remain unchallenged at the front. His impressive performance gave him a 12th victory of the season and saw him become the first ever rider to win three successive WorldSBK titles.

It was a truly gritty ride from Rea’s teammate Sykes as the Yorkshireman returned to action with a third place result, having had surgery on a finger injury less than two weeks ago – after a Portimao crash. Sykes completed the podium after just losing out on second place to Melandri in the final stages of the race.

Five seconds off the rostrum positions was Leon Camier who had another excellent ride for MV Agusta Reparto Corse. Another 19 seconds back on his compatriot Camier was Alex Lowes (Pata Yamaha Official WorldSBK Team) who rounded out the top five.

Race 2 at the Pirelli French Round will get going at the 4.411km Magny-Cours track at 1pm local time on Sunday. Send your congratulations to Rea as the newly crowned 2017 MOTUL FIM Superbike World Champion with the hashtag #R3PEAT.

“I have no words right now. I sacrificed so much in my life to get to the levels to live my dream and to win a world championship, so to win three, I cant really explain my feelings. I want to say thank you so much to my team and to everyone back in Japan, and I want to thank my family to make sacrifices to let me live my dream. I’m so happy to take the victory as well as winning my 50th WorldSBK Race win, I’m just so happy about this stat.”

“It was a hard race as I had a good start but I was far away and the track conditions were difficult. IN the end I could catch Tom and it was a nice battle, With two laps to go we touched each and then on the last lap it was very good fun. To finish second in my first time on this bike in the wet is a great result.”

“Considering my injury I am very happy, I struggled a bit with corner entry. Our path crossed with Marco, and it was a good race. If someone had offered me this two weeks go, I would definitely have taken it, I don’t know how I’ve managed to ride a bike. We found something but I’m very happy and want to say thanks to Kawasaki.”