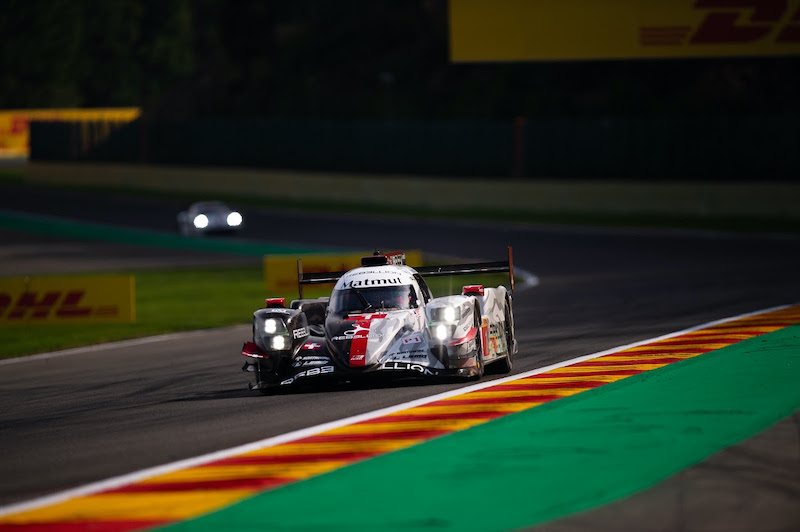 The FIA World Endurance Championship made its eagerly-anticipated return to racing this afternoon for the TOTAL 6 Hours of Spa-Francorchamps in Belgium.

In very warm and dry track conditions, 29 cars took to the 4.352 mile (7.004km) track for the first free practice session of the three-day race meeting.

Rebellion Racing placed on top in LMP1 as French driver Noman Nato set a time of 2:02.488 early on in the No. 1 Rebellion R13 Gibson he shares with Bruno Senna and Gustavo Menezes.  Meanwhile, In LMGTE Pro Porsche lead the way, with Michael Christensen setting a lap time of 2:16.057 in the No. 92 Porsche 911 RSR – 19 he shares with Kevin Estre

Elsewhere, Racing Team Nederland topped the LMP2 times as Giedo Van Der Garde sets the pace early in the session with a time of 2:03.888 in the ORECA 07 – Gibson. Finally, in LMGTE Am, the No. 83 AF Corse Ferrari 488 GTE Evo driven by Nicklas Nielsen set the pace, the Dane setting an unbeatable time of 2:17.853.

The second Free Practice session is scheduled for tomorrow (Friday 14 August) at 09h30 local time. Don’t miss a second by following the action live via the official FIA WEC app.