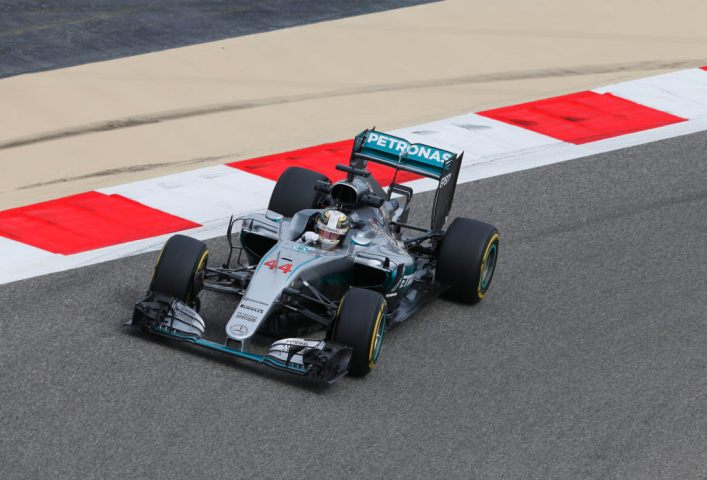 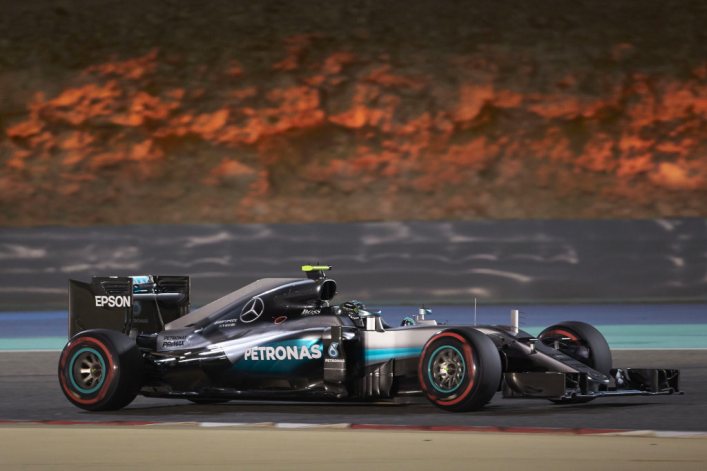 World champion Lewis Hamilton secured the 51st pole position of his career and second of the season for Mercedes with the fastest lap ever at the Bahrain International Circuit on Saturday.

The 31-year-old Briton, under pressure after failing to top the times in three practice sessions, found the pace he needed in the final minutes of another desultory exhibition of the new qualifying format ahead of Sunday’s Bahrain Grand Prix.

Having made a mistake on his penultimate lap, he found the speed he needed to outpace Mercedes team-mate Nico Rosberg by just 0.077 seconds.

“It’s obviously not been a smooth weekend in terms of pace for me — and Nico (Rosberg) has been right on it -– but I was able to put a lap together, my best of the weekend, and it mattered for me at just the right time.”

Hamilton’s lap in one minute and 29.493 seconds was the fastest lap recorded at the Sakhir track and it rescued him after his error had marred his first fast lap in Q3.

However, the British star had to endure a nervy 15 minutes later in the evening when he was summoned to the stewards after breaching rules by reversing his car in the pit lane.

Fortunately for the champion he escaped with a reprimand and kept his pole position.

“It was fun and yeah it was a sexy lap,” laughed Hamilton after qualifying. “I knew I had to do it and I was so happy when I came across the line.

“I knew I had to do it after that mistake. I knew it was a good lap and all weekend I had finished my lap and he went quicker so it felt good this time.

“It means a lot and, surprisingly after 23 years in racing, which is a long time, it felt just like my first pole. I was so excited I nearly lost my voice – it’s like scoring a goal!”

Rosberg, who looked set for pole position himself, wound up second fastest behind Hamilton in the second Mercedes and will start ahead of the third-placed Ferrari of four-time champion Sebastian Vettel.

“I was sure I was on pole, 100 per cent certain,” said Rosberg, who on Saturday was being hailed a hero after it emerged he had rescued a five-year-old boy from drowning in Monaco on the eve of the season.

“And then Lewis produced that lap and beat me by, you know, just the blink of an eye!

“But if there is one circuit where pole is not that important it is here in Bahrain.” 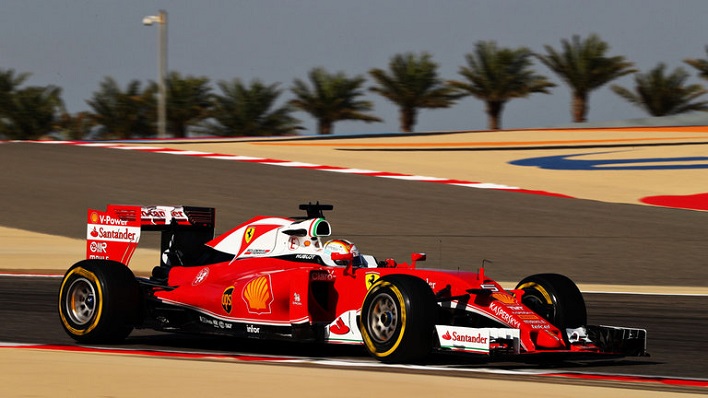 Vettel was more than half a second adrift of the pace of the Mercedes.

“It’s ok, I am reasonably satisfied with third, but not the gap. Let’s see what we can do in the race,” said the German.

Kimi Raikkonen was fourth in the second Ferrari ahead of Australian Daniel Ricciardo of Red Bull, Valtteri Bottas and his Williams team-mate Felipe Massa.

Nico Hulkenberg was eighth for Force India ahead of Romain Grosjean of the new American Haas team with Dutch teenager Max Verstappen 10th for Toro Rosso.

The session was run using the “new” progressive elimination that was so heavily criticised at the season-opening Australian Grand Prix and, once again, it failed to deliver any thrills.

There were long periods without any cars on track, notably in Q2, and the under-fire format was criticised again.

It is sure to be analysed during Sunday’s proposed crisis meeting of the sport’s team chiefs and administrators.

The second mini-session Q2 also began with problems with the lights in the pit lane. They appeared to be stuck on red and it required a marshal with a green flag to start the action.

Overall, there were few surprises, but it was a dismal day for Renault who saw Jolyon Palmer qualify only 20th, one place behind team-mate Kevin Magnussen, who is consigned to start from the pit lane after being penalised for missing a red light during practice on Friday.

Pascal Wehrlein shone for the Manor racing team in Q1 and qualified 16th, leaving the final two minutes without any action.