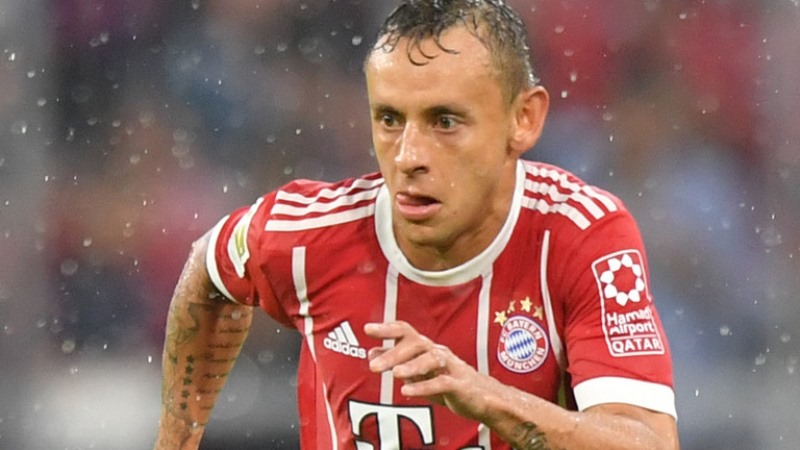 Bayern Munich veterans Arjen Robben, 34 and Rafinha, 32, have both agreed to one-year extensions until June 2019, the Bundesliga champions confirmed Friday.

A week after Franck Ribery, 35, signed a new one-year deal, defender Rafinha and winger Robben have both also agreed extensions, which are expected to be signed in the coming days.

According to reports, Robben had been considering other offers, but the Dutch winger is now set to complete a decade at Bayern having joined the German giants from Real Madrid in 2009.

“We are delighted to extend with these deserving players,” said Bayern’s director of sport Hasan Salihamidzic, “both Arjen Robben and Rafinha will play an important role in our planning for the coming season.”

Robben has made 290 appearances for Bayern, winning the Bundesliga title seven times, and scored the winning goal in their 2013 Champions League triumph when they beat Borussia Dortmund 2-1 at Wembley.

Rafinha has been at Bayern since 2009, winning the German league title six times, and has made 239 appearances since joining from rivals Schalke.

Bayern play their final league match of the season at home to VfB Stuttgart on Saturday after which they will be awarded the Bundesliga trophy.

The Bavarian giants later announced that 17-year-old winger Franck Evina has signed a senior contract until 2021, just a fortnight after making his Bundesliga debut.

Having been promoted from the reserves, the teenager made his debut in the 4-1 win against Eintracht Frankfurt at the end of April and kept his place on the left wing for last weekend’s 3-1 win at Cologne.

“Franck is a fast, attacking player who brings a tremendous amount of athleticism,” says Salihamidzic.

“We are very happy to have him tied to us in the long term and we want to continue his development.” – Agence France-Presse