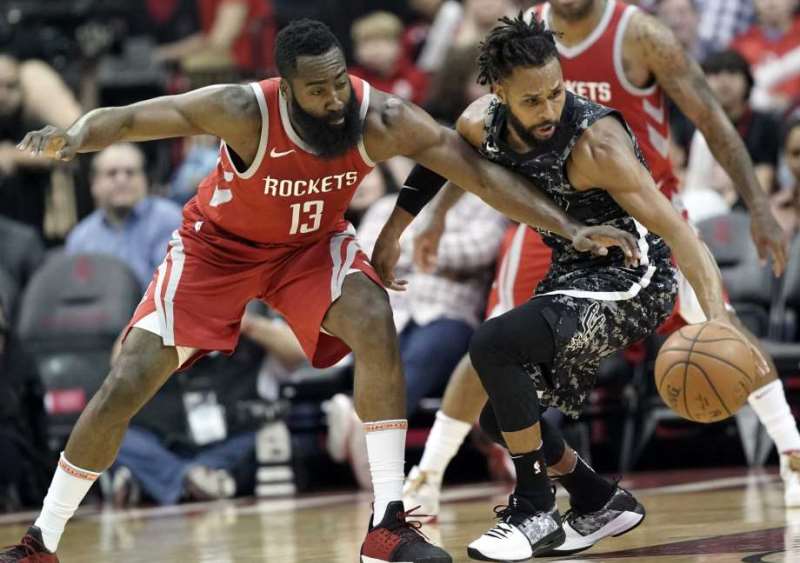 James Harden scored 28 points as the Houston Rockets tightened their grip on first place in the Western Conference on Monday with a 109-93 victory over the San Antonio Spurs.

Another inspirational display from MVP-candidate Harden included six rebounds and six assists as the Rockets delighted their home fans to improve to 53 and 14 at the top of the standings.

The Rockets now have a two-game advantage over the Golden State Warriors as the playoffs approach, meaning they are in pole position to retain home advantage through the postseason.

Harden was backed by 18 points from point guard Chris Paul, who had nine assists and three rebounds.

The victory also means Golden State are assured of a playoff berth for a sixth straight season.

“We’ve played a lot of games in 10 days,” D’Antoni said. “To have the legs and be able to do what they’re doing and put the game away is pretty good.”

D’Antoni said his team would now be focused on finishing first while ensuring their squad would be at full fitness for the playoffs.

Injury-hit San Antonio, meanwhile, who have struggled in the absence of Kawhi Leonard and LaMarcus Aldridge, mostly failed to impose themselves on the Rockets defense.

Bryn Forbes and Derrick White led the scoring off the bench with 14 points each, while Rudy Gay was the leading scorer out of the starters with 13 points.

The loss saw the Spurs fall out of the playoff position in the Western Conference.

Gregg Popovich’s team are now in 10th place in the standings, and will need to arrest a steep dip in form if they are to avoid missing the postseason for the first time since 1996-1997.

The Spurs have now lost 11 of their last 14 games, and are in a battle to make the playoffs in a crowded mid-table where only one game separates the teams placed seventh to 10th. The top eight teams reach the playoffs.

Popovich meanwhile said he hoped his team could be revitalised by the time of the playoffs as the injury crisis eases.

“Everybody tries to be the best they can be by playoff time, and that will be our goal too — to be in the playoffs and be as good as we can possibly be, no matter what the circumstances are,” said Popovich, who was pleased with the contribution of French veteran Tony Parker, who underwent knee surgery last year.

“I think he’s starting to feel in pretty good shape, pretty confident about his knee, and starting to exert that leadership again, which we’ll need,” Popovich said. “I think he’s on the right trajectory for sure.”

Elsewhere Tuesday, Russell Westbrook had a triple double as the Oklahoma City Thunder brought up their 40th win of the season in a 106-101 defeat of the Sacramento Kings.

Westbrook finished with 17 points, 10 rebounds and 11 assists as the Thunder improved to 40-29 to move up to fourth place in the Western Conference.

In the Eastern Conference, the Milwaukee Bucks cruised to a routine 121-103 win over the Memphis Grizzlies, staying in eighth place in the playoff seedings.