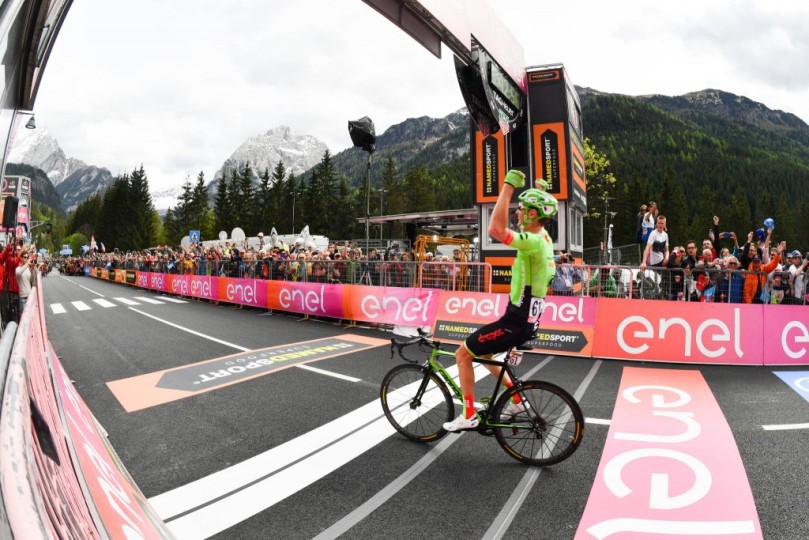 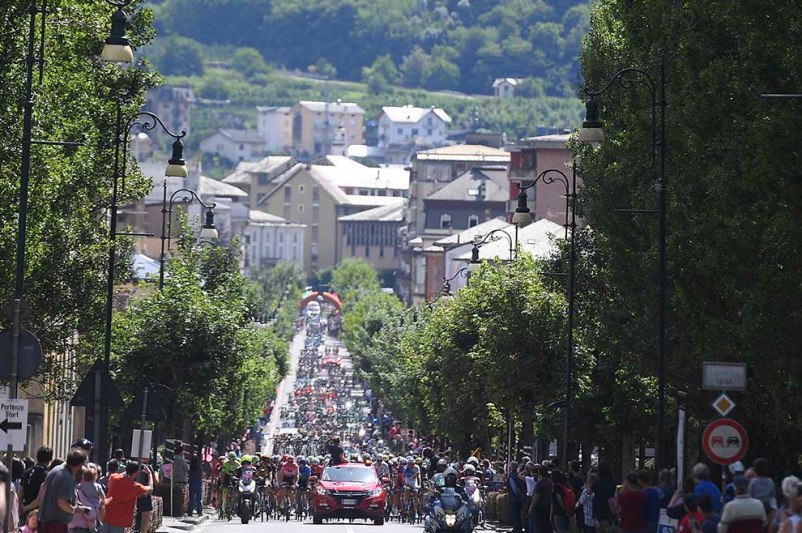 France’s Pierre Rolland swelled with emotion after ending a two-year victory drought with an impressive victory on the 17th stage of the Giro d’Italia Wednesday.

Their battle for the maglia rosa will move up a notch on a spectacular 18th stage in the Italian Dolomites on Thursday when Dumoulin expects to “come under attack” from Quintana and fellow Italian rival Vincenzo Nibali, third at 1min 12sec.

But as the pink jersey contenders enjoyed some respite on a far easier 219km ride from Tirano to Canazei, Rolland seized the day.

Looking for his first win since securing a stage at the 2015 Tour of Castilla and Leon in Spain, Rolland kept his calm amid a tense finale to come over the finish in a mixture of disbelief and joy.

“I’m just so happy. I’ve waited for this for so long,” Rolland said. “In 2015 I finished second in a Tour de France stage, and last year, when I crashed twice on the Tour, was a year to forget for me.

“I worked so hard to prepare for the Giro – I had my eye more on a stage like yesterday’s or tomorrow’s. But I’m so happy with this win.”

Rolland launched the first breakaway of the day, dragging Pavel Brutt (Gazprom) and Matej Mohoric (UAE) with him for company, and when a 40-man chase group caught them in the final stages he kept his cool ahead of a fraught finish.

With less than 8km remaining, Rolland attacked solo to build a small lead that, thanks to the cat-and-mouse tactics of his fellow companions, boosted his hopes of going all the way.

With only 2.5km remaining, their deficit had grown to a virtually unassailable 26secs and Rolland, gritting his teeth, went all the way to the finish.

“I attacked from the first kilometre but when I saw only two guys coming with me I thought, ‘what a long day we have ahead of us’,” he added.

“But after very hard stages like yesterday there are few riders motivated to get into a breakaway.

“I took the first climb easy, paced myself on the second climb then waited for the big group to catch us.

“I had my teammate Michael Woods with me for the sprint if it (the chase) came back. But with 1km to go I knew I’d won. I’m just so happy.”

Dumoulin almost lost the pink jersey on Tuesday due to a desperate toilet stop that slashed his overnight lead of 2:41 down to 31secs.

Ahead of a gruelling 18th stage over 137km from Moena to Ortisei/St Ulrich that features four mountain passes and an uphill finish, the big Dutchman expects another tough day in the saddle.

“It will be full gas from the start. A really hard day,” Dumoulin said.

“But we have to stay calm and see what happens. They will attack me. I expect Vincenzo and Nairo to make it very hard for me tomorrow.”

Nibali, looking to win the race for the third time on its 100th edition, said: “We have to try, because if you don’t you end up left with regrets.”

Results from the 17th stage of the Giro d’Italia, held over 219 km between Tirano and Canazei on Wednesday: