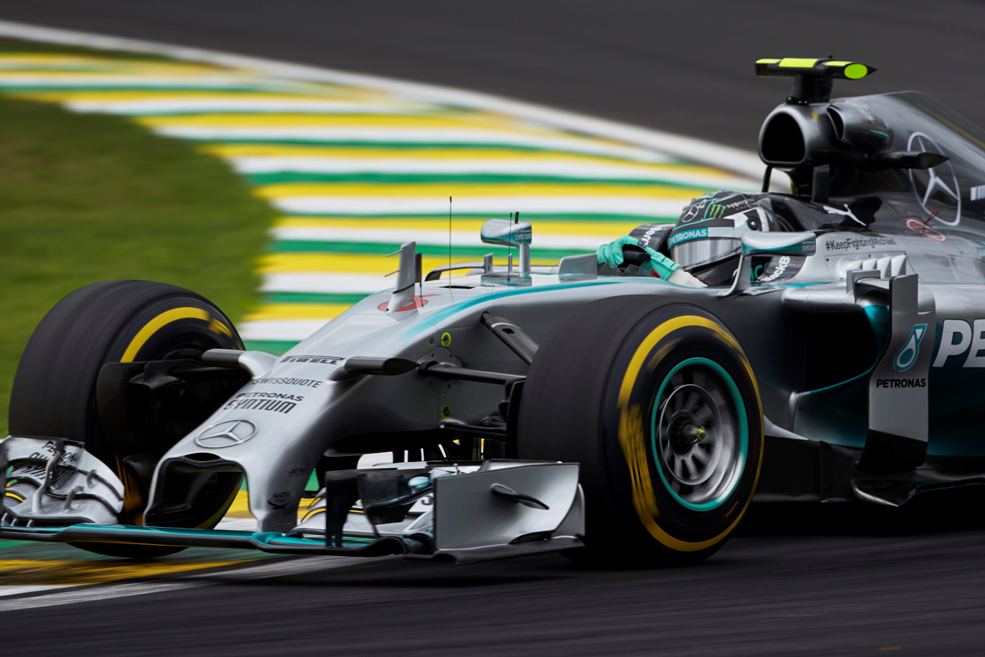 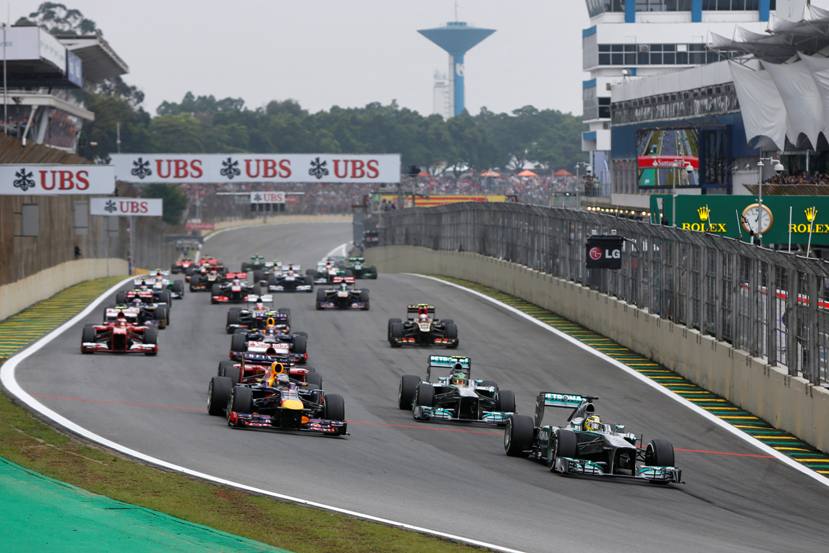 Nico Rosberg may need some help from his friends, but he is utterly convinced he can win the season-ending “double jeopardy” Abu Dhabi Grand Prix and claim the drivers’ world title.

After ending championship leader and Mercedes team-mate Lewis Hamilton’s run of five straight wins, the 29-year-old German shrugged aside concerns over the much-criticised and controversial introduction of double points at the finale.

“I find it artificial and I don’t like it in general,” said Rosberg. “Of course, it’s great for me at the moment, but you know that’s just because of the situation .

“There are other sports which have tried the same sort of thing, like Nascar, and they’ve done this very successfully. We need to keep on reviewing it. It’s good to try something and we’ll see how it goes this year.”

Rosberg’s cheery demeanour under pressure and his flawless concentration on keeping his title dream alive, earned him much respect as he won Sunday’s Brazilian Grand Prix ahead of Hamilton, but it has also left the sport facing another dilemma.

Mercedes team chief Toto Wolff, who has toiled all season to control his embattled drivers as their scrap for glory became increasingly fraught and sometimes acrimonious, said the wrong kind of result would leave Formula Oneunder a dark cloud.

“Hopefully double points will not make a difference,” said Wolff, fearing that the exaggerated ruling at one race could decide the title.

“It would put a big shadow over the championship if it was turned by a technical issue.”

After Sunday’s race, in which Rosberg resisted Hamilton’s pressure for 71 laps, the Briton holds a 17-point lead, having won compared to Rosberg’s five.

Wolff, however, believes that whatever the outcome, the man with most points will deserve to take the title.

“Whoever has most points at the end the season is the worthy champion,” he said. “Even though if it really comes down to that situation, some of us might have a different feeling about it, it is what it is.

“Whoever wins the championship is going to have his name in the record books and that’s it.”

Given that the Mercedes pair delivered a record 11th one-two finish on Sunday, another win is in prospect.

If it is for Hamilton, he will take the title, whatever Rosberg does – but if Rosberg wins, Hamilton must finish second to be champion.

If the race was being run under “normal” points-scoring, Hamilton could finish as low as sixth and take the title.

Wolff said he hoped the system, introduced by Ecclestone, would be dropped next year.

“Nobody likes the double points,” he said. “We are going to discuss it next time around. I don’t think Bernie likes it, so it is probably something we should be getting rid of for next season.”

Rosberg, whose father Keke Rosberg took the title in 1982 after winning only one race in the season, said: “We now have a great finale to look forward to in Abu Dhabi and I’m still believing 100 per cent I can make it.

“But, I know, of course, that I will need some help from Felipe (Massa) or Valtteri (Bottas) or maybe Lewis himself ..” – Agence France-Presse