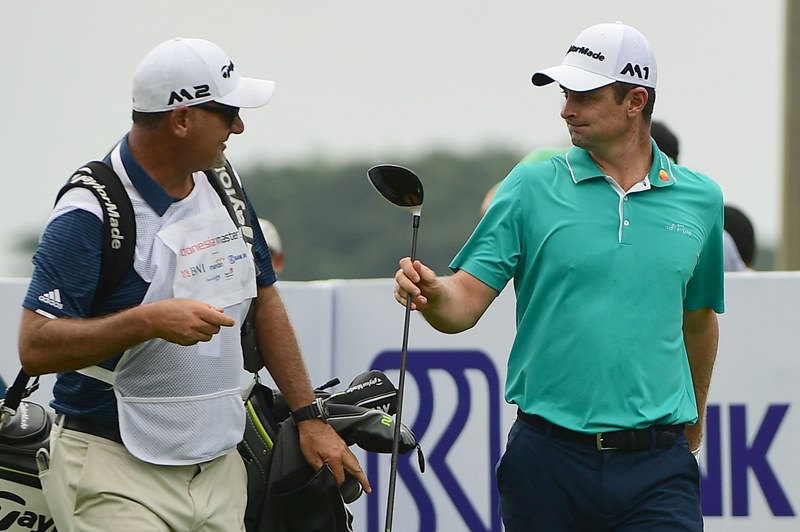 The season-ending Asian Tour flagship event has been hit by multiple rain and lightning suspensions since round two. Lightning activities disrupted play at 2.05pm and with thunderstorms lashing out at the Royale Jakarta Golf Club, officials decided to call off the third round at 4.10pm.

Play will resume at 6.15am on Sunday morning with the fourth round scheduled to commence at 7.30am with players teeing off in the same groups.

Major champion Rose made his quick return to the starting tee after completing his second round early on Saturday morning. He raced ahead with two birdies in his opening three holes before extending his advantage with another birdie on five.

The Olympic gold medalist then parred his next three holes to stay ahead of the chasing pack at 16-under-par before play was suspended.

Zimbabwe’s Scott Vincent and Thailand’s Kiradech Aphibarnrat trail Rose by three shots at 13-under-par through eight holes  while Phachara Khongwatmai of Thailand and Korea’s Giwhan Kim are a further shot back at 12-under-par after eight holes.

I have been playing really nicely and I just want to keep this momentum going. It’s really cool to play with Kiradech and Justin and I am learning so much already. So, I am just trying to be in the moment and try and win a golf tournament. I can be a little bit more aggressive but the game still doesn’t change. You got to hit good quality shots. I am glad this delay came because I have not been hitting it very good today and I need to go back and regroup and get some rest so I can charge tomorrow. I love having my wife (Kelsey) caddy for me, it has been a lot of fun she’s learning and I’m learning and it has been a cool partnership so hopefully we can end on the right note.

I got a back injury from last two weeks. My back feels stiff after waking up. I couldn’t swing it well and I shot one-under after eight holes. It is good for me to take a rest but it will depend on how I feel after I wake up. This suspension can be good and bad for me. It will depend how I feel tomorrow. There are 10 more holes to catch Justin Rose. I really need to bring out my A-Game because I don’t know how the weather will be like. In my mind, I’m going to play like it is 54 holes. I know I need to finish inside the top-five this week to move inside the top-50 in the world but a top-three result is my goal. That will make sure I’m 100% in. I’m very comfortable with my swing but I’m worried about my back. I want to play without thinking that an injury will stop me. I will do a lot of stretching in my room and try to keep my back safe and go out with a really low score tomorrow.