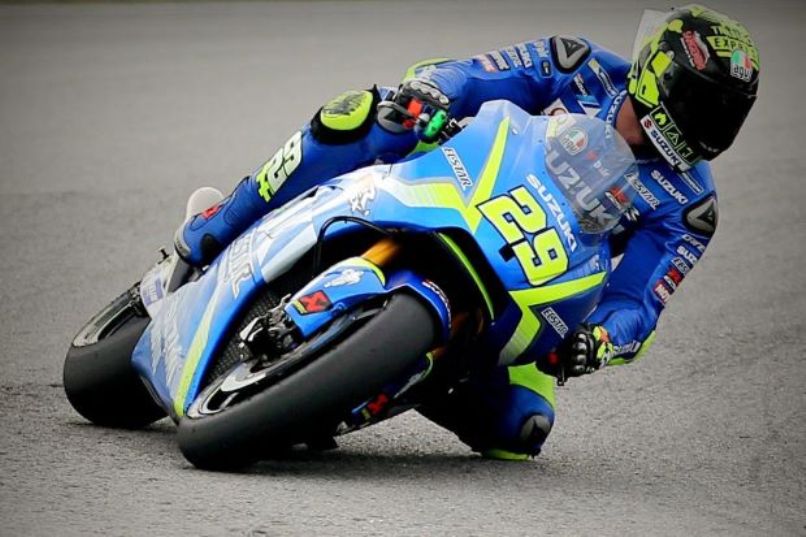 Suzuki’s Andrea Iannone (main pix) was the fastest rider on day two of the 2017 test season at Malaysia’s Sepang circuit Tuesday while Jorge Lorenzo and Valentino Rossi leapt up the timesheets.

But the session was briefly red-flagged in the final hour after Spaniard Tito Rabat crashed and was taken to hospital.

The Marc VDS Honda rider fractured his hand and sustained injuries to his left knee, right foot and wrists, and will not take any further part in the testing.

“Once a full medical assessment has been completed, Rabat will return to Europe for treatment and rehabilitation in a bid to be fit for the next MotoGP test at Phillip Island, which starts on 15th February,” the team said in a statement.

“We tried a different frame, different chassis, different tyres and I finished in fourth and improved the lap time so it was a good day,” said Rossi.

“The fairing was not a big difference but the new chassis was a good difference. Compared to the old one, we’ve still not decided, we need to continue working tomorrow.”

The Italian superstar is targeting an elusive 10th world title in a new MotoGP season dominated by riders switching allegiances and thereby changing bikes too.

Three-time world champion Lorenzo on a Ducati was the eighth fastest at 2min 00.484 seconds, an improvement from his 17th standing on Monday.

“Today I understand the bike a lot better and I can extract more performance from it, although I’m still a long way off my limits.”

Damp conditions in the morning left riders pushing for faster timings in the afternoon.

Alvaro Bautista from the Pull and Bear Aspar Team was third fastest at 2 min 00.218 seconds while current world champion Marc Marquez on a Honda was tenth on the timesheets, logging 2min 00.531 seconds.

The third and final day of the test session in Sepang will begin Wednesday.

The second round of testing will be held on Phillip Island in Australia from February 15-17 and a third round in Qatar from March 10-12.

The 18-race MotoGP season gets under way in Qatar on March 26. – Agence France-Presse