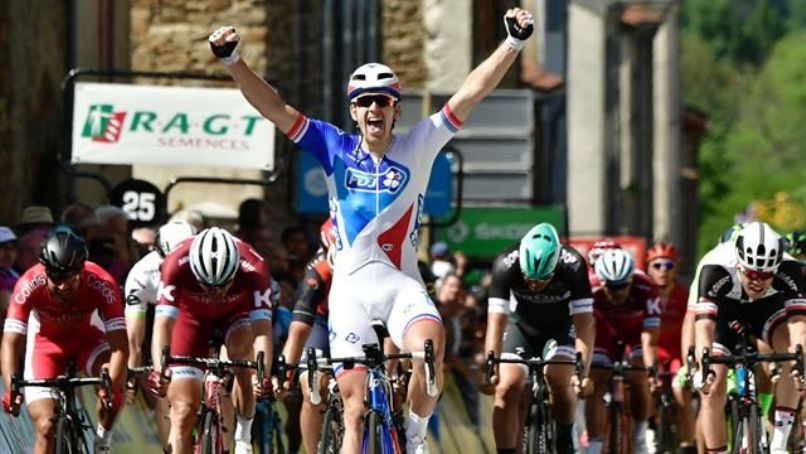 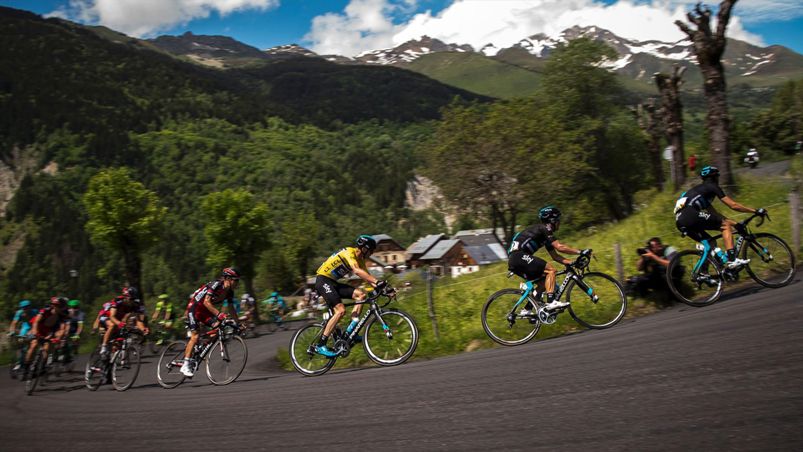 France’s Arnaud Demare had safety on his mind after sprinting to victory on the second stage of the Criterium du Dauphine on Monday as Thomas De Gendt held onto the leader’s yellow jersey.

FDJ’s Demare, 25, found space down the right-hand side of the barriers keeping back fans at the finish in Arlanc to win by two clear lengths at the end of the 171km stage.

It was Demare’s sixth win of the season and his first ever at the Dauphine.

Last year’s Milan-San Remo ‘Monument’ winner used his victory to highlight the dangers lurking for cyclists when training and competing on the roads.

“This is not a rant, just a request to pay attention to cyclists and motorists,” said Demare.

“Each one has to respect the other, we share the roads.”

Demare’s comments came after Dauphine favourite Chris Froome claimed last month to have been deliberately rammed by a car while out training in France.

Italian Davide Cimolai was knocked off his bike a couple of weeks ago while Italian Michele Scarponi was killed in a crash with a van in April while training near his home.

“There are lots of victims, it’s something I think about a lot when out training,” added Demare.

“I’m not angry with motorists but it’s dangerous, it’s what we live through on a daily basis.”

A lone escapee, Kazakh Alexei Lutsenko, held off the charging peloton until the final 3km having previously forged out on his own from a four-man breakaway.

Tuesday’s third stage over 184km from Chambon-sur-Lignon to Tullins should again favour the sprinters.

Briton Froome is aiming for a record fourth victory at the Dauphine, the main build-up race ahead of July’s Tour de France, which the Team Sky leader has also won three times. – Agence France-Presse