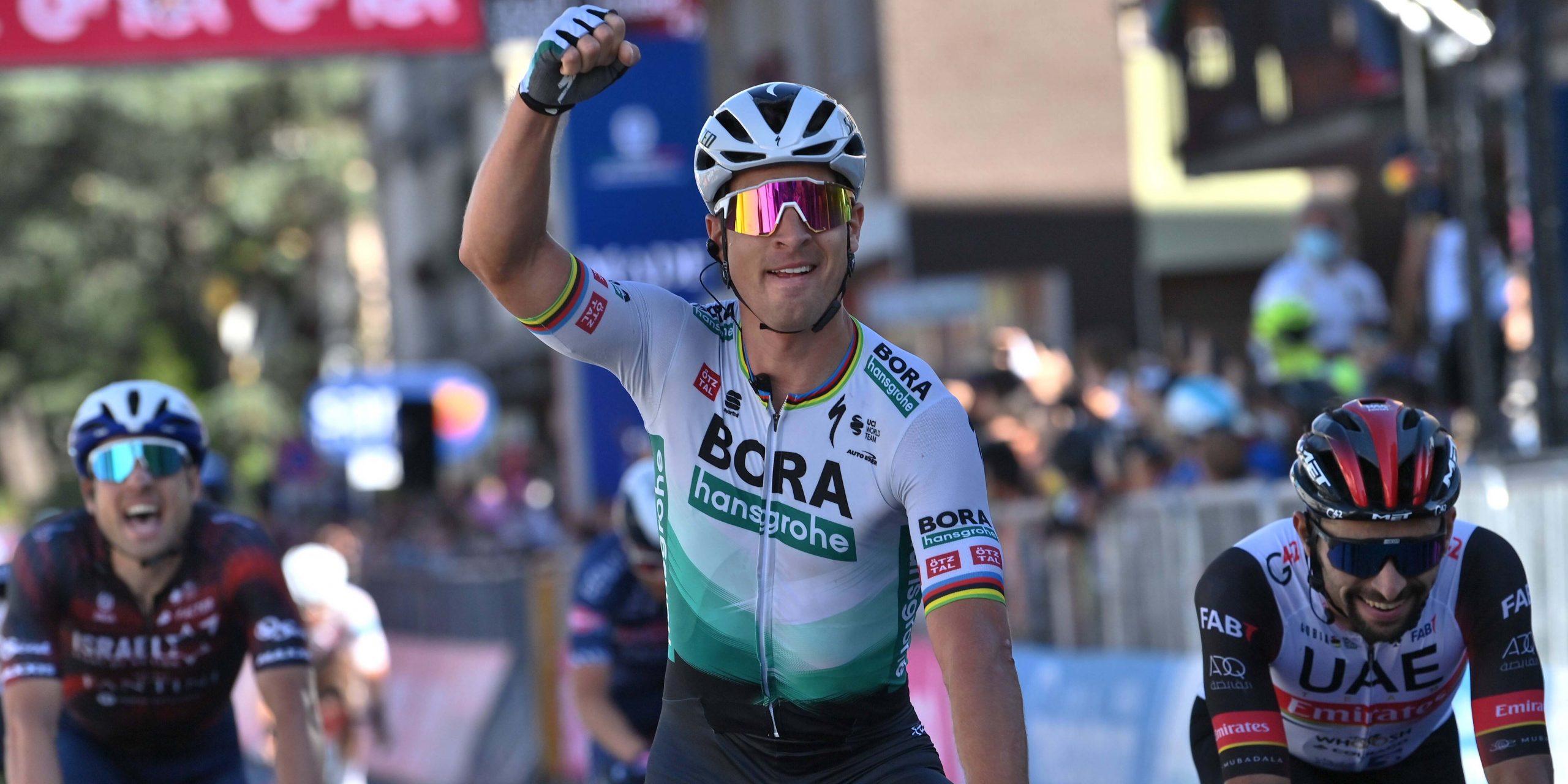 Just like last year, Peter Sagan waited for Stage 10 to sign off a masterpiece at the Giro d’Italia, crossing the line in first place in Foligno after his Bora-Hansgrohe team ejected several sprinters from the peloton in a fast build up.

The Slovakian star preceded Fernando Gaviria and Davide Cimolai at the finish after Remco Evenepoel and Egan Bernal gained 2 and 1 second time bonuses respectively in an intermediate sprint that was highly contested with 17.8km to go. The Colombian therefore extended his lead over all his other rivals before the rest day and the highly anticipated Wine Stage from Perugia to Montalcino that includes gravel sectors.

Second stage win for Peter Sagan at the Giro after Stage 10 to Tortoreto Lido last year.

This is the 18th stage win for Sagan in a Grand Tour. Out of 15 Grand Tours he has taken part in so far, he has only missed out on winning a stage at the 2014 Tour de France.

For Fernando Gaviria, it’s his 8th podium in a stage of the Giro (5 wins, 3 second places). For Davide Cimolai, it’s his third podium, with all three coming this year: 2nd at Canale and Termoli, 3rd at Foligno today.

Speaking at the press conference, the stage winner Peter Sagan said: “I’m very happy and I’d like to  thank the whole team, they did some wonderful work on the last two climbs. They kept the race under control. Maciej Bodnar and Daniel Oss positioned me in the last curve so I could sprint for the win. With the stage victory, the Maglia Ciclamino arrived but it won’t be easy to keep it. We have only done half of the Giro and the hardest half awaits us. In any case, I’m happy to ride the Giro again. I feel like the last Giro was one month ago. I like racing in Italy.”

The Maglia Rosa Egan Bernal said: “It’s been special to wear this Maglia Rosa today. I want this jersey in Milan too but it’s still a long way to go and I’ll have to remain focused for every second of racing. Before the intermediate sprint, I heard the sporting director asking Gianni Moscon and Jhonathan Narvaez to go for it. I took the wheel of Pippo [Ganna] so it was easy to be at the front. I took one second but for sure the Giro will not be won or lost by one second, whereas we’ll talk minutes on the big climbs. I don’t see the Giro as a mental challenge between Remco [Evenepoel] and myself. All the riders who are within a minute on GC are still in contention for the overall victory.”