Home International Serena impresses even herself as title beckons 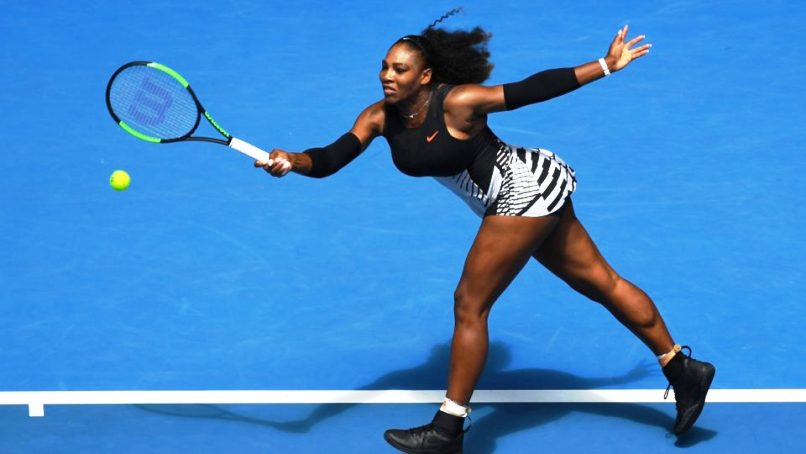 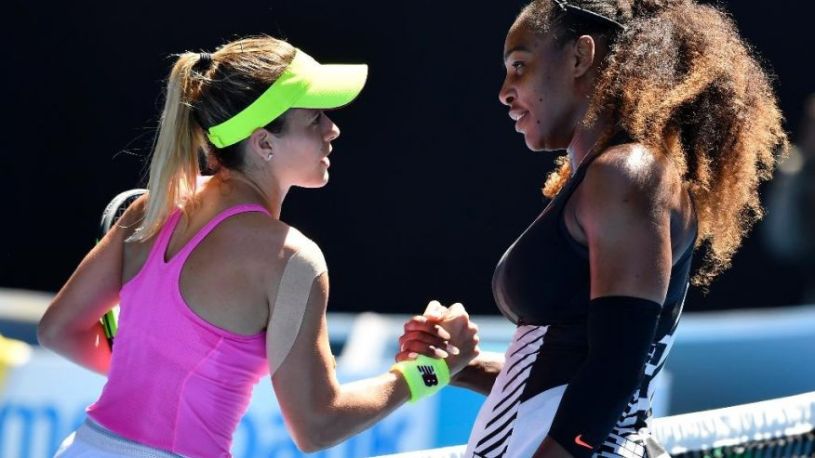 Serena Williams says she has impressed even herself with the way she keeps fighting at age 35, after battling into an 11th Australian Open quarter-final on Monday to keep pace with her sister Venus.

The American powerhouse’s unrelenting quest for a record Grand Slam title and a return of her top world ranking was tested by Czech 16th seed Barbora Strycova, but she dug deep to win 7-5, 6-4 in hot conditions.

She will now face the dangerous Johanna Konta for a place in the semis, after the Briton crushed Ekaterina Makarova 6-1, 6-4.

Williams has made clear in Melbourne she is here for one reason only — to win — and she was in a fighting, but nervy, mood during an entertaining contest with the Czech.

She had added incentive after the shock defeat on Sunday of top seed Angelique Kerber, the woman who beat her in last year’s final and then snatched her top world ranking.

Williams, seeded two, can again become world number one if she lifts the trophy this week, with her desire to win still burning bright.

“I think it’s impressive. I think in general people our age aren’t really playing at a top level, so indeed, it’s definitely impressive,” she said, when asked about the capacity of her and her sister, who is 36, to keep playing.

“Venus and I are mentally eight and nine, so that’s why we’re probably able to play a little better,” she added, smiling.

“I feel like when you put in the hard work, the results, eventually, they show up.”

Williams winning the title on Saturday would rewrite history. She is not just chasing a seventh Melbourne crown, but also a 23rd Grand Slam to surpass Steffi Graf’s Open-era record.

With Venus, a potential final opponent, already safely into the last eight, Williams had to use all her experience to get past a dogged Strycova.

Despite the temperature already past 30 Celsius (86 Fahrenheit) when they began at 11:00am, Williams opted to wear knee-length black leggings and sleeves, and she made a slow start.

The first set was marked by woeful serving from both players with an incredible six breaks in eight games, before a defensive Strycova saved four set points in a marathon 10th game.

Williams was fired up and screaming “C’mon!” and she went 6-5 ahead before Czech, serving to stay in the set, was finally undone on the eighth set point by a lucky shot from the American that came off her racquet frame.

Strycova, at a career-high ranking of 16, is a two-time former girls champion in Melbourne but had never been past round four in the main draw.

And with her nose in front, Williams was never going to let that happen and as Strycova wilted and Williams booked her place in the last eight.

“I love pressure, I deal well with pressure,” she said on why she keeps coming back for more.

“I love this game and I honestly have nothing to lose. Everything is a bonus for me now.”

Konta, on a nine-match winning streak, is shaping as a genuine title contender after she demolished Makarova.

Williams was one of her idols when she was young, and the 25-year-old said she can’t wait to face the tennis great.

“She’s one of the few players who is still playing that I watched growing up, as a young girl wanting to be a professional tennis player,” she said.

“It’s an incredible honour and I can’t wait to share the court with her.” – Agence France-Presse