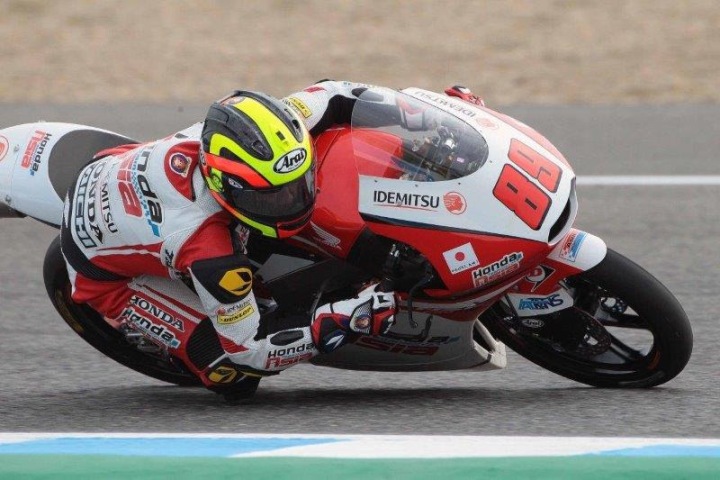 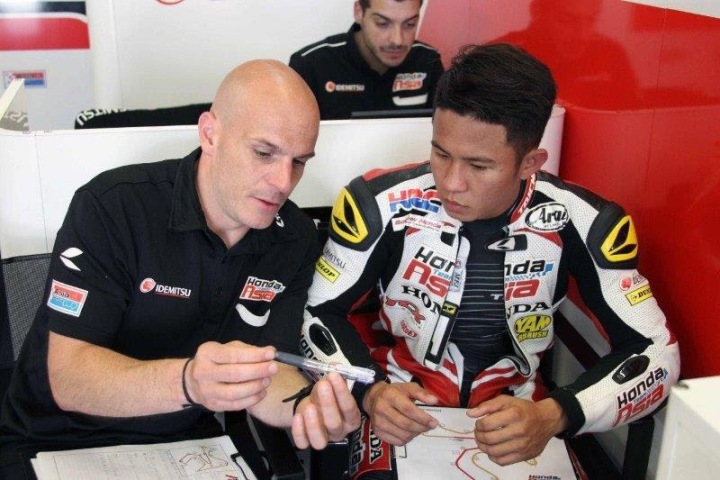 After forty minutes qualifying session in the afternoon, Honda Team Asia riders Hiroki Ono and Khairul Idham Pawi will start the race on Sunday from 19th and  24th on the grid respectively.

Morning FP3 experienced overcast sky, but ambient and ground temperatures were almost identical to yesterday’s FP1 session. Ono and Pawi continued to work hard with their team to make another step forward on their riding and setup for their NSF250RW.

During the forty minutes long qualifying session in the afternoon, both Asian riders improved their best time in this weekend. Ono set 1m47s580 which gave him 19th on the grid for tomorrow, while Pawi will start from 24th grid with his best time of 1m47s740.

Warm Up for Moto3 class takes place at 0840 local time (GMT +2) tomorrow morning before the twenty-three lap Spanish Grand Prix gets underway at 1100.

“Today I tried another approach to right-hand corners where we had to struggle yesterday and now we have a good rhythm. There are some unknowns for twenty-three lap race because I didn’t try race simulation in this weekend yet. Anyway, I never give up till the end and  try my best to finish within top fifteen.”

“In this morning we made a step forward with our setup, but we had to cope with another problem from rear sliding. I tried to adjust my riding to manage it and definitely it’s improving. For tomorrow, I will give my everything to catch up front guys and collect championship points as many as possible.”

“Well done for Ono. Considering the injury on his right foot, he did a really great job so far. Pawi was unable to make a good flying lap at the final moments in the qualifying, which made him to start the race from far back. Knowing that it won’t be an easy race for tomorrow, our riders will give their best to catch up front guys and score championship points.”