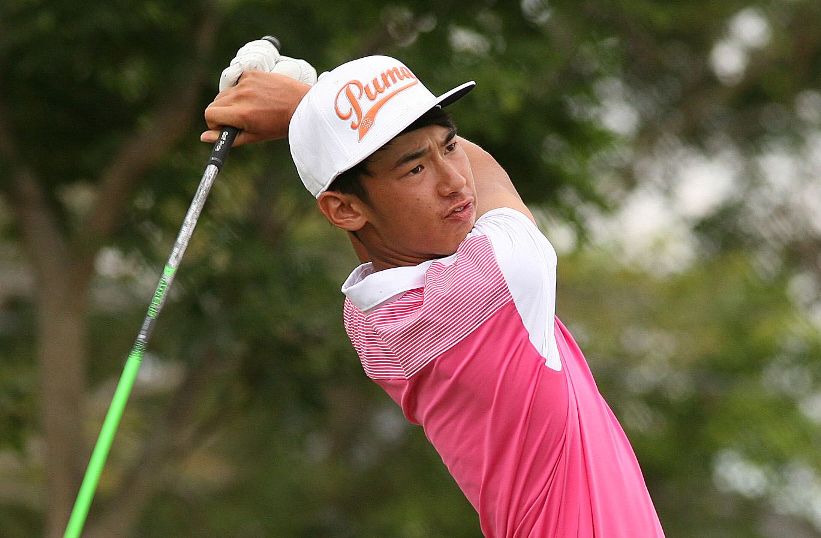 Korean-American teenager Micah Lauren Shin raced into a two-shot lead at the halfway stage of the PGM MNRB Sarawak Championship after shooting a four-under-par 68 on Thursday.

The 19-year-old traded six birdies against two bogeys to charge into contention on eight-under-par 136 at the RM200,000 (approximately US$46,600) Asian Development Tour (ADT) event.

Overnight leader Nirun Sae-Ueng of Thailand slipped to second place following a 71 while Panuwat Muenlek and Danny Masrin of Indonesia were a further shot back in tied fourth place at the Kelab Golf Sarawak.

Chasing for a first ADT victory, the lanky Shin chipped-in for birdie on his opening 10th hole before turning in 33. He added two more birdies on his homeward nine but dropped a shot on the last after returning from a two-hour rain suspension.

“To be honest, I had a few makeable birdie putts which I missed. I still did enough for a good score so I’m happy. I barely missed the green today so that’s another positive,” said Shin.

“It was disappointing to bogey the last hole but my momentum stopped because of the rain delay. It’s okay, I’m still in a good position for the final two rounds,” he added.

Thailand’s Nirun, who won on the domestic circuit last week, was disappointed not to take advantage of his opening 67 as he struggled with his approach shots.

“It was difficult because it was windier today. I didn’t hit good iron shots and I was very unlucky because some of my balls landed in bunkers. I’m still feeling confident and we have two more days to play so I hope to forget about this round,” said the Thai.

The halfway cut was set at seven-over-par 151 with a total of 53 players qualifying for the final two rounds.