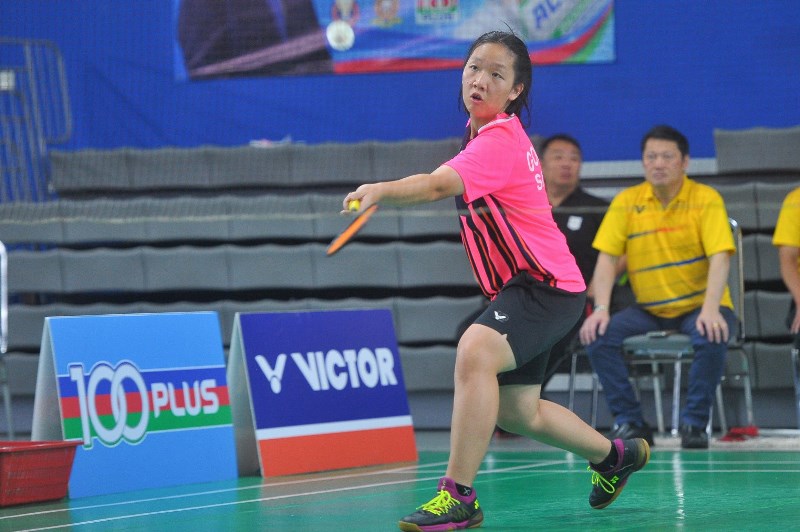 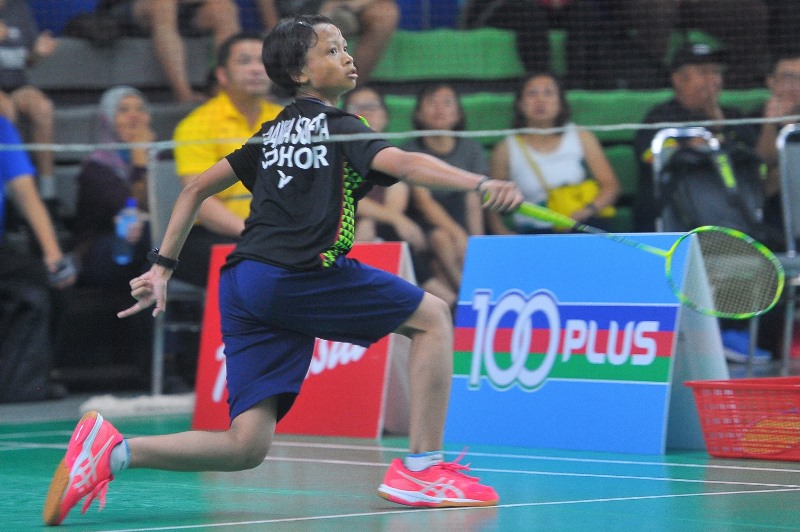 Sabah lived up to the formbook as Goh Shuen Tong leads the contingent to three out of four titles in Division 1 of the Under-16 category of Round 1 of the 100PLUS National Junior Circuit 2020 this morning.

First up was Elvestly Daniel Edry who set the mood to take the title in the U16 boys’ singles after beating Johor’s Wee Yee Hern.

But Daniel was forced to work hard for every point as Yee Hern puts up some fierce opposition in the first set to force deuce after a 20-point tie.

However, the Marudu-born Daniel kept his composure to secure a 22-20 victory.

Wee Hern seemed to lose focus in the second set and failed to read Daniel’s game and this allowed Daniel to close up a 21-14 win after a 24-minute battle.

“The pressure was high throughout the game as I struggled to read my opponent. So I changed tactics to more net play and it paid off. Of course, things will be different after this win, so I have to work harder for the challenges ahead,” said Daniel.

Excellent court control coupled with Shuen Tong’s smashing prowess frustrate Xiao Hui throughout the match as it allowed the Kota Kinabalu native to wrap up the crown in straight sets 21-18, 21-10 in just under 22 minutes.

But Shuen Tong was not finished yet as she went on to win the third title for Sabah alongside teammate Cassey Ryn Rompog to beat Selangor’s Sik Xiao Hui-Wong Zi Yi 21-19, 21-17 for the girls’ doubles title.

“I still have a lot to learn especially the speed and the game at the net. After this win, my opponents will be out to find my weaknesses and this will definitely put pressure on my game,” added Shuen Tong.

“We made a lot of mistakes in the first set and lost focus. But we managed to rectify things in the next two sets and managed to control the game for the win.

“Overall, there are still improvements to be made whether it is at the individual level or in our combination play. We will be reviewing them in preparation for the next tournament,” Yee Hern said.

In the meantime, Johor dominated proceedings in the U14 division to win three titles – with Dania Sofea Zaidi in excellent form to win the girls’ singles and also the girls’ doubles.

In the final of the girls’ singles, Dania had no problem defeating Sabah’s Kon Han 21-17, 21-12 while alongside teammate Lai E Yun; they delivered a surprise to beat top seed Jovine Calvin-Wee Yee Tern from Sabah with a straight set victory 21-19, 21-15.

Selangor gained some measure of solace when they won the boys’ singles through Kong Zhou Win, who recovered from a first set defeat to beat compatriot Muhd Thaqif Shaz Mohd Shazlan 15-21, 25-23, 21-12.

On the other hand, hosts Selangor was dominant in the U12 division when they won three out of four titles.

The pair of Khoo Jin-Muhd Razin Aqeef Doni had little difficulty in overcoming Danish Haiqal Mohamad-Lai Man Tat of Kedah in a 21-10, 21-18 victory.

The remaining title of in the girls’ singles went to Sabah when Saidatul Saadiah Muhammad defeated Low Zi Yu of Johor 21-18 21-13 in the final.