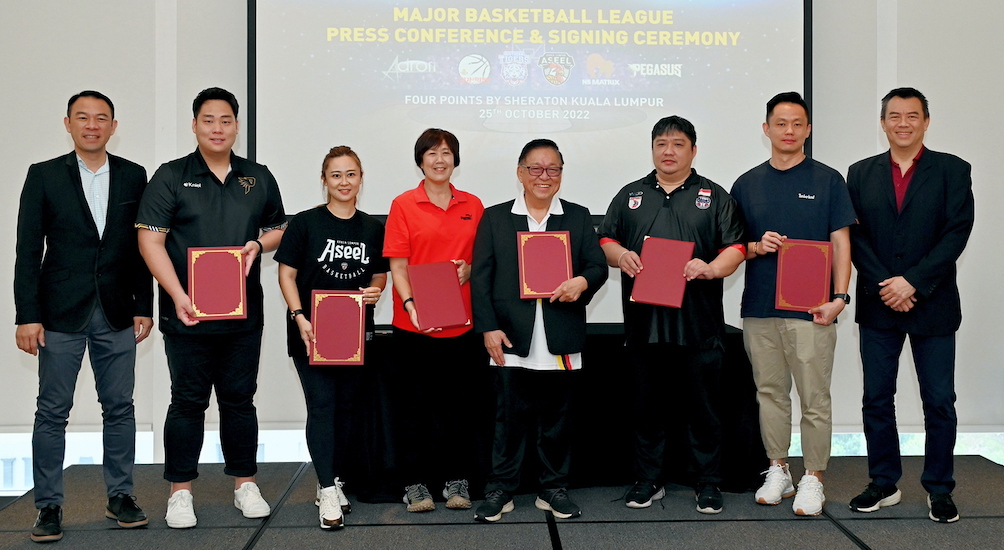 Major Basketball League Malaysia will officially ramp up the battle on Wednesday (16th), with 6 teams competing for a total prize money of up to RM400,000.

A total of 4 local teams participated in this competition, Johor Southern Tigers, Kuala Lumpur Aseel, NS Matrix, and Penang Sunrise Youngsters. At the same time, Brunei Pegasus Sports and Singapore Adroit also joined the competition. The winning team will win RM200,000, RM100,000 for the runner-up, and RM50,000 for the semi-finalists.

The preliminary rounds were held at the Malaysian Basketball Stadium in Kuala Lumpur, Batu Pahat in Johor, and Penang. The four highest-ranked teams returned to Kuala Lumpur for the semi-finals and finals in a best-of-three format.

At 8:00 pm on Wednesday, Sunrise Youngsters will meet Pegasus Sports in the opening match, followed by two matches on Thursday, Kuala Lumpur Aseel against Sunrise Youngsters, and Singapore Adroit against Johor Southern Tigers.

MBL commissioner Frank Ch’ng  said that each team has hired a world import and 2 foreign imports from Southeast Asia. He believes that the viewing experience has also been greatly improved, and the game will be brought to Batu Pahat and Penang. It allows local fans to see a high level of the game.

He revealed that the success of the domestic league is one of the five major plans that Malaysian Basketball Association and its president, Datuk Seri Lee Tian Hock have implemented since then. He hopes that more and more teams will join in the future, aiming to have 10 teams in total. And it is also expected to expand its territory to East Malaysia.