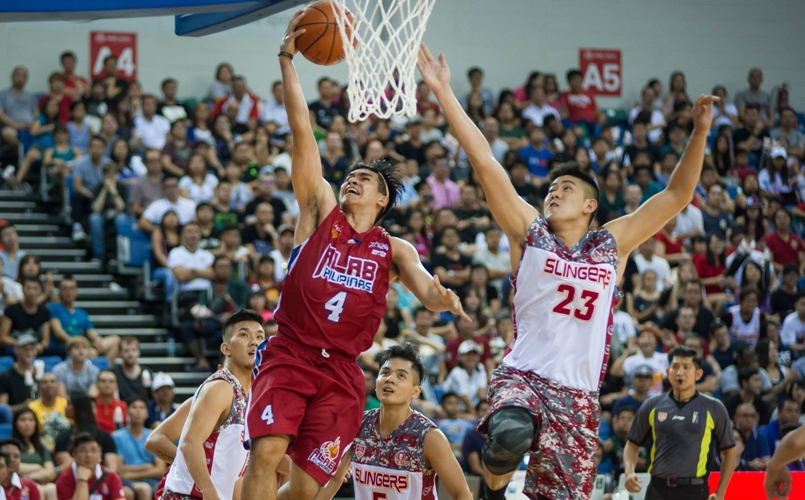 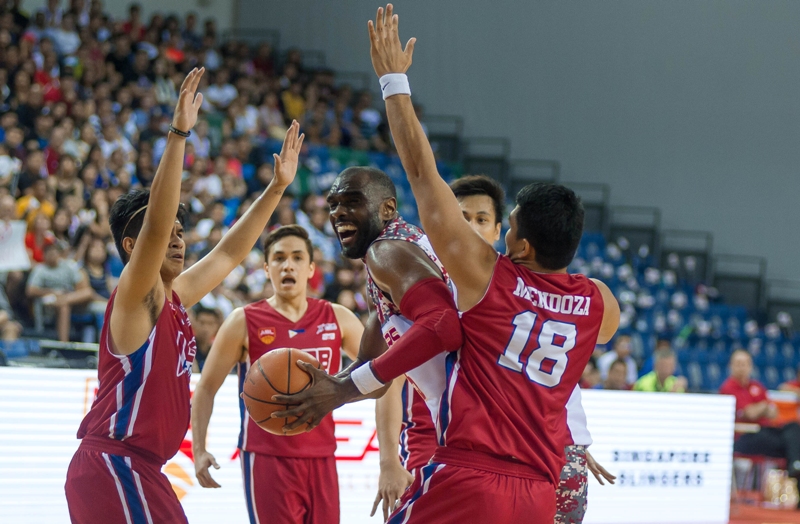 The Slingers 77-67 victory over Alab Pilipanas was an impressive all-round team performance.  Not only was ABL player of the game Xavier Alexander outstanding with 24 points, 9 rebounds, and 7 assists, but local talents Wong Wei Long and Dalvin Goh also shone with 11 and 12 points respectively.

The Singapore starting 5 also outscored Alab 61-30.  In the 1st half, Singapore were playing their usual disciplined defensive game, but the Slingers were just as effective on offense shooting 45% from the three point-line, and were 44% from the field.  Alab struggled and were only 12 of 33 from the field.

Justin Howard had a double-double scoring 17 points and grabbed 12 rebounds.

New Alab recruit Kiefar Ravena entered the game in the 5th minute of the 1st quarter giving Alab some much needed production in the 1st half hitting 50% of his shots, and finishing the game with 16 points.

Alab Coach Ronald Cuan was disappointed with his team’s performance, but was confident that they could bounce back to win Game 2.  Cuan said, “We did not pay enough attention to detail and we gave them way too many open shots.  To win game 2 we must not rush our shots and be patient.”

Singapore Slingers coach Neo-Beng Siang said, “I am happy with the win today.  Our energy and effort was good but we still need to improve on shutting down their shooters, boxing out, and getting those rebounds.”

Game 2 will be played on Friday 7th April 2017 in Bulacan, Philippines.