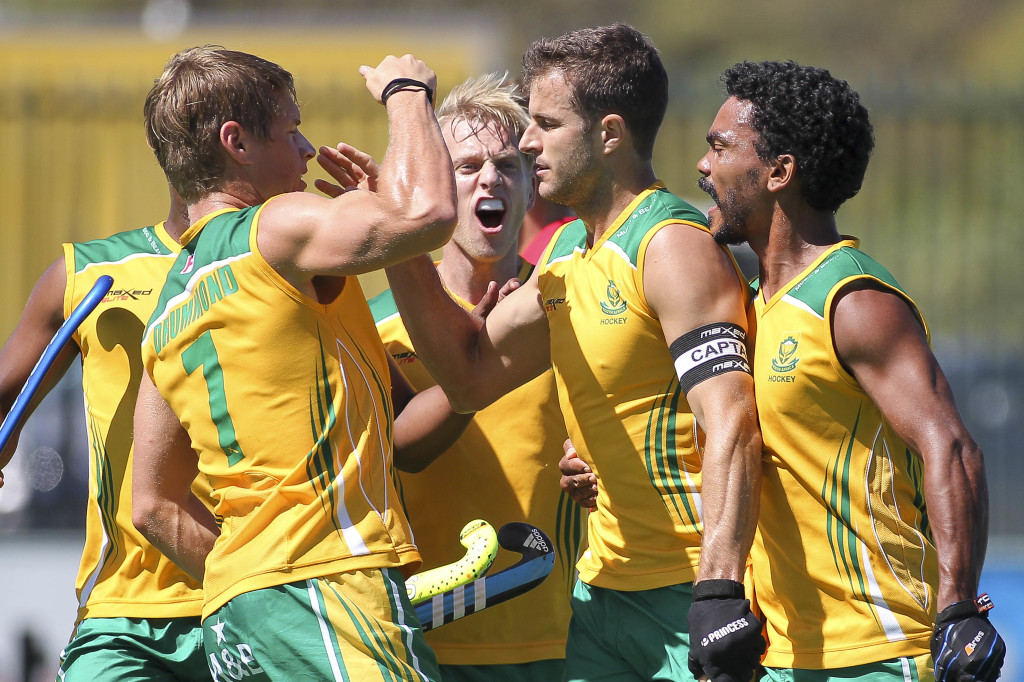 Ten women’s and ten men’s teams will be competing in this mega-event at Johannesburg’s University of the Witwatersrand, known locally as Wits, where those coveted berths at the global showpiece competitions are on the table. A top four finish in the women’s competition will guarantee a place in the World League Finals in Auckland, New Zealand at the end of the year, where they will join Netherlands, China, New Zealand and Korea, who claimed the top four finishes at the recent FINTRO Hockey World League Semi-Final in Brussels, Belgium. A top five placement at this event will ensure a place at next summer’s Hockey Women’s World Cup London 2018 alongside the top five from Brussels and the winners of the upcoming continental championships and hosts England. A top five finish for England at this event will mean that the highest ranked of the two sixth place finishers from Belgium and here in Johannesburg will also secure a place at next year’s World Cup.

As on the women’s side, the top five finishers of the men’s competition here in Johannesburg will be guaranteed a place at the Odisha Hockey Men’s World Cup Bhubaneswar 2018, joining Netherlands, Argentina, England, Malaysia and Canada who sealed their respective tickets with top five finishes at the Hero Hockey World League Semi-Final in London. In terms of qualification for the Odisha Hockey World League Final, the top three finishers in Johannesburg will be assured of a place alongside the top three finishers from London – Netherlands, Argentina and England, being joined by host nation India and higher ranked of the two fourth place finishers from the Semi-Final events in London and here in Johannesburg. The team that finished fourth in London was Malaysia, who will secure their place in the World League Final provided that the team that finishes fourth in Johannesburg are placed below them in the FIH Hero World Rankings. 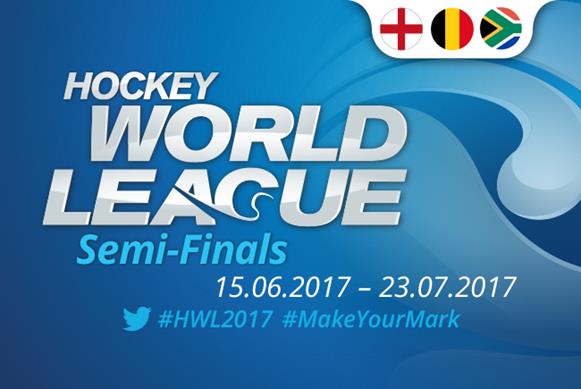 The women’s competition in Johannesburg sees two pools of five teams, all of which will need a top four finish to claim a place in the cross-over quarter-finals. In Pool A, England, Germany, Japan, Ireland and Poland will all be competing in a bid to finish as high up the standings as possible, with a first place finish being rewarded with a quarter-final match against the team that finishes fourth in Pool B.

England (FIH Hero World Ranking: 2) are the highest ranked team in the pool and, with a team containing numerous Great Britain Olympic gold medal winners from Rio 2016 including team captain Alex Danson and ace goalkeeper Maddie Hinch, they could take some stopping. While England do not need to worry about World Cup qualification due to their status as hosts, Head Coach Danny Kerry will be determined that his new look team hits form ahead of their European title defence later this year. Rio 2016 bronze medallists Germany (WR: 7) are widely expected to be England’s biggest threat in Pool B, with Head Coach Jamilon Mülders looking to push his talented young side onto even greater successes. Like England and Germany, Japan (WR: 11) pre-qualified for this competition by virtue of being ranked between 1-11 at the time of seeking entries and are also capable of big performances, while Ireland (WR: 15) and Poland (WR: 18) both booked their tickets to this event thanks to excellent displays in Round 2 of the Hockey World League.

Argentina (WR: 3), the current World League and Champions Trophy title holders, will be seen as the team to beat in Pool B thanks to a squad containing a host of world class players including Delfina Merino, exciting young attacker Maria Granatto and penalty corner expert Noel Barrionnuevo. However, Argentina’s Pan American rivals USA (WR: 6) are expected to run them close in the race to top the pool, as Head Coach Janneke Schopman aims to build on the fifth place finish at Rio 2016 secured by her predecessor Craig Parnham. The pool also contains India (12), the winners of the Round 2 event in Vancouver, home favourites South Africa (13) and Chile (20). The Chilean side – known as ‘Las Diablas’ (The Devils) and coached by Sergio Vigil, the man who guided Argentina to Olympic silver (2000) and World Cup gold (2002) – were also strong performers in Vancouver, reaching the final before being beaten in a shootout.

Just like the women’s competition, the men’s pools have thrown together some of the sport’s biggest hitters. Australia (WR: 2), the reigning World Cup, Champions Trophy, Oceania Cup, Hockey World League and Champions Trophy title holders, will want to stamp their authority on Pool A. The Kookaburras team coached by Colin Batch and captained by legendary defender Mark Knowles will be rated as favourites to top the pool, but they are sure to face a stern challenge from Oceania rivals New Zealand (WR: 8) as well as Spain (WR: 10), Japan (WR: 16) and France (WR: 17). The Black Sticks and the Red Sticks are always a threat in every competition that they enter, while Japan and France were impressive qualifiers from Round 2. ‘The Samurais’ were victorious at the Round 2 event in Tacarigua, Trinidad & Tobago, with France finishing second in Belfast.

Men’s Pool B is arguably even more competitive, with two Olympic medallists from Rio 2016 the likely frontrunners. Bronze medallists Germany (WR: 3) and silver medallists Belgium (WR: 5) are expected to be leading the charge and arrive in Johannesburg with some truly world class players amongst their ranks. Two such players are Arthur Van Doren of Belgium and Germany’s Christopher Rühr, the former being the FIH Hockey Stars Rising Star of 2016 while the latter claimed the same title both in 2013 and 2015. Like Van Doren and Rühr, David Harte of Ireland (WR: 9) is also an FIH Hockey Star, having been named Goalkeeper of the Year both in 2015 and 2016. He will represent Ireland’s Green Machine, who qualified for this event by winning the Round 2 competition in Belfast. African rivals South Africa (WR: 15) and Egypt (WR: 19) complete the pool line-up, with both sides looking forward to impressing on the world stage at an event which takes place on their home continent.

The Hockey World League Semi-Final in Johannesburg begins on Saturday 8 July with a packed day of women’s action. At 12:00 South Africa Standard Time (UTC / GMT +2), the first of two successive Pool A matches kicks off proceedings when Japan take on Ireland before Germany and Poland meet at 14:00. The attention then switches to Pool B, with USA playing Chile at 16:00 before home favourites South Africa go toe-to-toe with India at 18:00. The men’s competition starts on Sunday (9th July) with New Zealand versus France, Spain versus Japan (both Pool A), Belgium versus Egypt and South Africa versus Ireland (both Pool B) being the matches of the day.