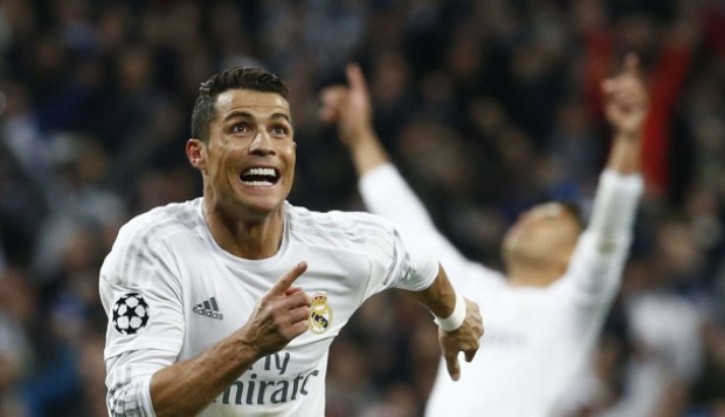 Cristiano Ronaldo says facing Sporting Lisbon is a privilege, but in his quest to reach 100 Champions League goals he won’t go easy on the club that formed him.

Ronaldo is just seven goals shy of a Champions League century having top-scored in the competition for the past four seasons as Madrid begin their defence of the Champions League at home to Sporting on Wednesday.

The three-time World Player of the Year came through Sporting’s fabled academy before joining Manchester United and later making a then world record move to Madrid in 2009.

Ronaldo scored the winner for United against Sporting in 2007, but has never faced the Portuguese side in a Madrid jersey.

However, just as when he silenced the Jose Alvalade nine years ago, he promised to not go easy on his compatriots.

“It means a lot, it is the team that formed me, that I have in my heart, but I play for Real Madrid now,” added Ronaldo.

“That is the club I have to defend, the club I love and that is why I want to win.”

Ronaldo has streaked 10 goals clear of Barcelona rival Lionel Messi in the race to be the Champions League’s top scorer of all-time and is just hoping for a clean bill of health to be the first man to reach 100 goals in European competitions.

“The only thing I can ask for is not to have any injuries between now and the end of the season.”

Ronaldo made his comeback from two months out with knee ligament damage suffered in Portugal’s Euro 2016 final success over France and scored in a 5-2 rout of Osasuna on Saturday.

Madrid coach Zinedine Zidane has been cautious over rushing Ronaldo back, though, and refused to confirm his star man will play 90 minutes after lasting just over an hour at the weekend.

“I am always thinking about the 60 days he was out, which is a lot for a player,” said Zidane on Tuesday.

“He is ready and we’ll take things bit-by-bit.

“If you ask Cristiano he wants to play the 90 minutes.”

As ever Ronaldo didn’t make a quiet return to action as he become embroiled in a war of words with Barcelona legend Xavi Hernandez post-match.

Ronaldo mocked the Spaniard’s inability to ever win the Ballon d’Or after Xavi claimed in a radio interview that Ronaldo’s achievements didn’t come close to matching those of Messi.

However, Madrid left-back Marcelo said too many people try to “discredit” Ronaldo and hailed him a “great teammate.”

“People always want to talk about Cristiano,” said the Brazilian.

“I see him work hard every day and for me he is the best in the world. Many people try to discredit him, but he has won the Ballon d’Or three times, he does a lot for the team and will continue to do more. He is a great teammate.”

Zidane has a near complete squad to choose from with only Keylor Navas and Fabio Coentrao missing out, so Ronaldo could start alongside Gareth Bale and Karim Benzema up front for the first time this season. – Agence France-Presse