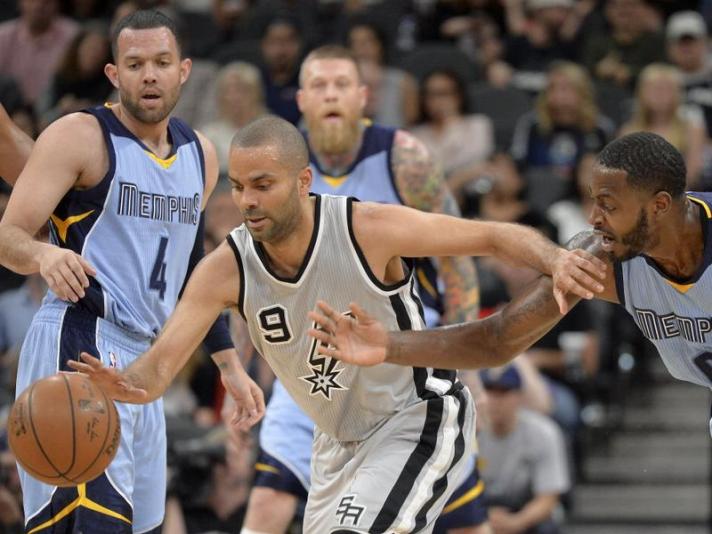 The shorthanded San Antonio Spurs fended off the pesky Memphis Grizzlies with a 110-94 win to tie the Chicago Bulls for best home start in NBA history on Friday night.

LaMarcus Aldridge had 32 points and 12 rebounds as the Spurs played just well enough to remain undefeated at home this season, stretching their win streak to 37-0 at the AT&T Center arena.

They are now tied with the 1995-96 Bulls for the longest home winning streak to start a season.

“I had good offensive rhythm tonight,” Aldridge said. “The guys were looking for me out there.”

San Antonio had a 98-92 lead and were struggling to put away the Grizzlies until Manu Ginobili hit a three-pointer with 3:22 left to give them a cushion.

They got two more baskets from beyond the arc by Kevin Martin and Ginobili on the next possession to ice the victory. Martin was starting his first game with the Spurs.

San Antonio “hit three threes in a row and that was it — it was very, very frustrating,” said Grizzlies coach Dave Joerger.

The Spurs improved to 61-11 overall. They have also won a franchise-best 46 straight regular-season games at home since a loss to Cleveland in March of last season.

San Antonio’s streak is the second longest in history, trailing only the continuing 52-game streak by Golden State, who beat the visiting Dallas Mavericks 128-120 on Friday.

The depleted Spurs played without an injured Kawhi Leonard and Boris Diaw, Danny Green and Patty Mills, who were all held out for rest. With so many regulars out it enabled Martin and Kyle Anderson to start.

The Warriors took advantage of a shorthanded Mavericks squad to ride another record-setting three-point-shooting performance to a win.

On a night when former Warrior and current Mavericks power forward David Lee was presented with his championship ring, Golden State set an NBA record for most three-pointers in a season by connecting on 21 of 45 attempts.

The 17th of the 21 came with 9:51 to go in the game and was Golden State’s 934th of the season, allowing them to pass the previous record set by the Houston Rockets last season.

The Warriors improved to 65-7 to remain four games ahead of the Spurs for top seeding in the Western Conference playoffs.

Karl-Anthony Towns had 27 points and 10 rebounds, and Gorgui Dieng sank the game-winning jumper with 30 seconds left in the second overtime as the Minnesota Timberwolves setback the Washington Wizards’ playoff hopes with a 132-129 victory.

Zach LaVine had 25 points for the Timberwolves, who trailed late in regulation and both overtimes.