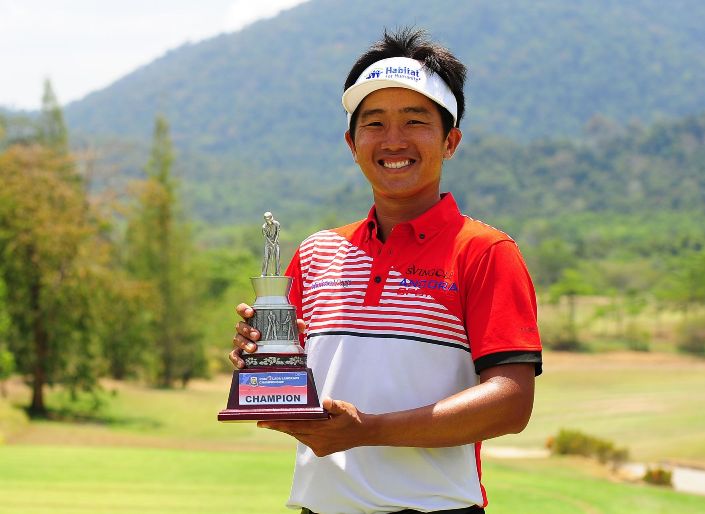 Overnight leader George Gandranata closed with a one-under-par 70 to become the first player from Indonesia to win on the Asian Development Tour (ADT) at the PGM LADA Langkawi Championship on Saturday.

The 30-year-old Indonesian, who held a one-shot advantage heading into the round, stumbled with a double-bogey on second but fought back with five birdies against two bogeys to triumph by two shots with a winning total of 14-under-par 270 at the Gunung Raya Golf Resorts.

Malaysia’s Danny Chia came in second after carding a 69 while Australian Jordan Sherratt and Malcolm Kokocinski of Sweden shared third on 274 following rounds of 67 and 73 respectively at the RM200,000 (approximately US$46,600) event.

American John Michael O’Toole returned with the day’s best score of 65 to finish five shots back in fifth place with Korea’s Chan-woo Kim, who posted a 66. Current Order of Merit leader Itthipat Buranatanyarat of Thailand signed for a disappointing 76 to slip to tied-19th on 281.

“It was really special. The win means a lot to me. To win my first international title on my birthday week makes it even more special. I am overwhelmed with joy,” said Gandranata, who celebrated his 30th birthday on Tuesday.

“I got off to a rough start. I hit a bad approach shot on second which resulted in a lost ball and a double-bogey but I told myself to keep calm as there are still a lot of birdie opportunities. I hit a lot of greens today and I made a couple of good par saves. I convinced myself that I can make the putts as I have been playing well all week,” Gandranata added.

Gandranata, who took home a winner’s prize cheque of US$8,693, moved up to sixth place on the Order of Merit and received six Official World Golf Ranking (OWGR) courtesy of his win.