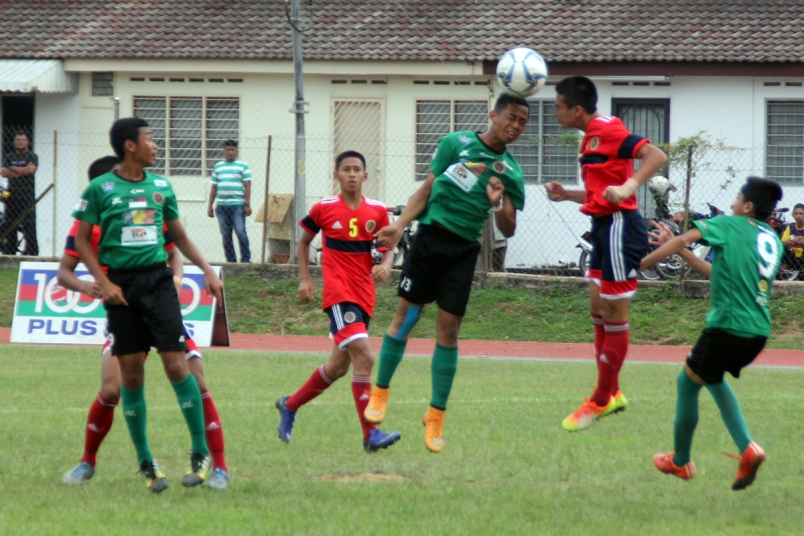 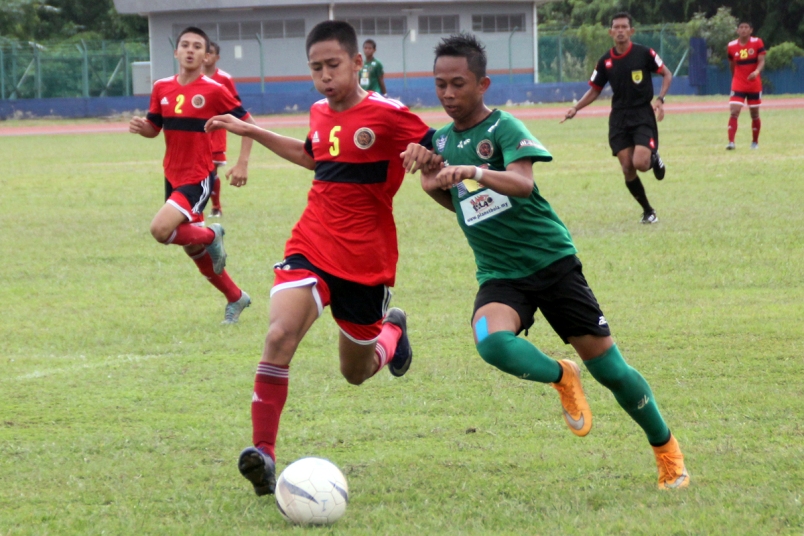 Bukit Jalil Sports School (BJSS) defied the odds to make the final of the Minister of Education League Cup (MELC) Under-14 when they beat SMK Seri Kota (SMKSK) 2-1 in an intense second-leg, semi-finals that was played on Sunday at the Mini Stadium SMKSK in Bukit Serindit.

Following the scoreless draw from the first leg at Bukit Jalil a week earlier, the pressure was on SMK Seri Kota to make sure that they take advantage of playing at home in Malacca to book their first final of the MELC.

But as luck would have it, a brace from Muhammad Danial Amaly (10th and 60th minute) made all the difference for the visiting side from Bukit Jalil even though SMK Seri Kota did found their goal in the 31st minute through Said Alif Akmal Jamaluddin.

Bukit Jalil head coach Wan Rohaimi Wan Ismail said that what made the difference on the day was the commitment and also the fighting spirit of the players in wanting to make amends from their failure to score the previous week.

“The players continued much in the same way as they had done in the first leg at home where we controlled much of the possession,” said Wan Rohaimi.

“We were better in front of goal this time round where we managed to find the back of the net twice. But I thought that we were good for a few more goals considering that we created at least eight clear chances.”

“But whatever the misgivings, the players showed a lot of commitment and that is important. They played seven games in nine days. After the first leg semi-finals in Bukit Jalil last week, we left for Bangkok where we played five matches there before coming back for the return leg (in Malacca).

“The players still managed put in the same kind of discipline and intensity in spite of a hectic week.”

On the other hand, the head coach of SMK Seri Kota Jeraie Sitan pointed out that the failure of his team to stake their claim in the middle of the park cost them in the end.

“The battle was always going to be at midfield and this is one area which I feel that we lost out. The failure to put in more pressure at the centre allowed Bukit Jalil to press us considerably,” added Jeraie.

“But I am still proud of my players where I thought that we did well against Bukit Jalil who have some of the best players in the country playing for them. We gave them a tough fight and restricted their win to just one goal. This showed that we have quality on our side and that we can be competitive.”

In the final, SSMBJ will take on SMK Seksyen 11 of Selangor when the latter beat Tunku Mahkota Ismail Sports School (SSMTMI) 2-1.

The Selangor side won 3-2 on aggregate after the first leg semi-finals last week had had ended in a 1-1 draw.

In the match that was played in Bandar Penawar, the score at the end of regulation was 1-1 after Ahmad Anwar Fauzi’s 64th minute lead was cancelled out by an own goal from Amirul Naim Shahruddin in the 70th minute.

But Muhammad Adim Muzahhir Saiful Rizuan emerged as hero for SMK Seksyen 11 when he slotted home the winner in the 85th minute of extra-time.

The final match of the MELC U14 will be played on 23 October in Bandar Penawar.