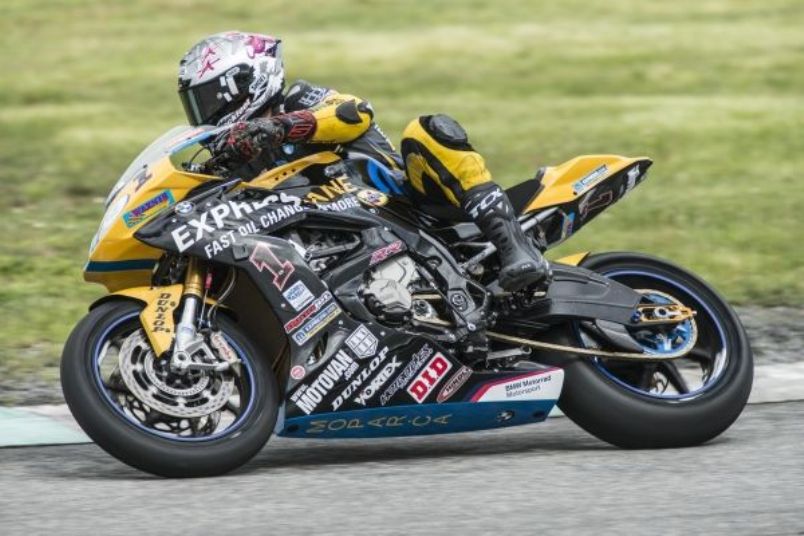 Six wins and a total of 15 podium finishes on several continents: the BMW S 1000 RR racers can look back onto another successful weekend. Kenny Foray (FRA), 2016 BMW Motorrad Race Trophy winner Jordan Szoke (CAN), Cyril and Florian Brunet-Lugardon (both FRA) and Karel Hanika (CZE) climbed onto the top step of the rostrum in their respective championships. Their fellow BMW riders completed the success with more strong results.

The MOTUL FIM Superbike World Championship (WorldSBK) travelled to Britain’s Donington Park to hold its sixth round of the season at the weekend. Jordi Torres (ESP) of the Althea BMW Racing Team finished the first race on Saturday in ninth position but retired in race two on Sunday. His team-mate Raffaele De Rosa (ITA) was 15th in the first heat and claimed a top-10 finish in race two, crossing the line in tenth.

Jordi Torres: “In race one, I had a quite consistent pace, which allowed me to pass a couple of riders. Considering the vibration issues we suffered it was not bad to finish the race in ninth. In race two I tried to push and catch Camier and Forés because I felt that I had a stronger pace than them. Unfortunately though, I crashed at the chicane and could not continue with the race.”

Raffaele De Rosa: “Race one was not easy, particularly with the strong wind. I managed to finish the race but the tyre was pretty much destroyed. On Sunday, conditions were different; it was hotter. I tried to improve my pace and while there was a certain degree of improvement I had hoped to do more to be honest. I hope we can make another step forward at Misano.”

Federico Sandi: “I am quite happy, because we were fast over the whole weekend, as we were in Imola two weeks ago although there is a slight disappointment as the podium was possible. But on this track we struggled a bit to turn in the fast corners so on the final three laps my right arm was a bit sore and I lost some time and finished fifth. But the podium was definitely in reach. We continue to make progress, the team does a fantastic job, I get to know the bike better with every race weekend, my confidence and my feeling improve session by session. I think that at the next round in Misano we could be able to race to the podium.”

The Superstock class of the British Superbike Championship (BSB STK) also was in action at Donington Park (GBR) at the weekend. It held two races on Sunday, combined to an “endurance race”. In both legs, 18 laps were completed. After race one, the teams had ten minutes in the pit lane to change tyres, refuel and prepare the bikes for the second part. In the first part, Ashley Beech (GBR / Jones Dorling Racing) crossed the line in fourth, followed by fellow RR riders Michael Rutter (GBR / Bathams SMT), Matej Smrz (CZE / Lloyd & Jones PR Racing Team), Chrissy Rouse (GBR / Mission Racing) and Adam Jenkinson (GBR / Northern Escalator Installations) in positions five to eight.

In the second part, Jenkinson rode his BMW S 1000 RR to third place on the podium. Rouse was fifth and Rutter, Beech and Smrz took places six to eight. Tom Tunstall (Integro) finished both legs in tenth.

It was a perfect weekend for Kenny Foray (FRA) and the Tecmas Racing Team in the French Superbike Championship (FSBK) at Lédenon (FRA). On Saturday, the BMW S 1000 RR rider secured pole position, and on Sunday he took the win in both races. With this double win, Foray extended his overall lead in the FSBK championship standings.

Kenny Foray: “We had a great weekend. In the first race, I had a really good rhythm. For the second heat, conditions had changed and the temperatures were higher so we chose different tyres. After a few laps I felt very good on the bike so I took my second victory of the day. We are really happy.” 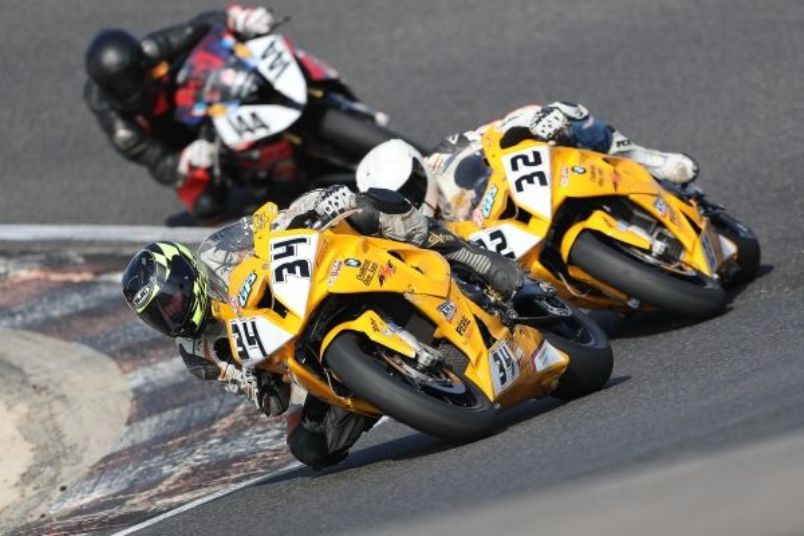 In the French European Bikes Championship (FR EU) races of the at Lédenon (FRA), the BMW Motorrad Motorsport racers were in a league of their own. In Saturday’s first race, they celebrated a top-6 lockout and in Sunday’s second race, they secured places one to five.

Race two on Sunday saw a fantastic battle between the Brunet-Lugardon brothers. After 19 laps, Florian took the win – with an advantage of only 0.009 seconds over Cyril. Fabien Gabrielian (FRA / FG Racing) completed the podium in third. Amalric and Brun followed in fourth and fifth respectively.

Florian Brunet-Lugardon: “After my injuries, I had worked hard to get fit again to be able to race again in Lédenon. It went better with every session. Even in the first race, I was trying to fight with Cyril, but he was very, very fast. I was lying in second position, but on the last lap I dropped back to fourth. In the second race, I was able to follow Cyril and I started a final attack when accelerating from the very last corner towards the finish line – and I took the win with 0.009 seconds advantage! It was a great race.”

The second round of the 2017 Spanish Championship (CEV) was held in Barcelona (ESP) at the weekend. Carmelo Morales (ESP) claimed another podium finish on his Graphbikes easyRace SBK Team BMW S 1000 RR – despite the fact that he had crashed on Saturday. He finished the race in second place and also set the fastest race lap. The points put Morales into the lead in the overall championship standings. Pedro Rodriguez (ESP / Castromaroto Racing) crossed the line in sixth position.

Carmelo Morales: “After the huge crash I had on Saturday, I was not feeling too well physically and I could not be as precise in overtaking as usual. Despite that I managed to step onto the podium and I am very happy as I gave 100 per cent in the race.”

The Canadian Superbike Championship (CSBK) held its 2017 curtain raiser at Shannonville (CAN) at the weekend – and the man, who dominated the series over the past years, was triumphant again. Jordan Szoke (CAN), the winner of the 2016 BMW Motorrad Race Trophy, continued his streak of perfect race weekends on his BMW S 1000 RR of the Mopar Express Lane BMW Superbike Team. Szoke secured pole position, won the race and also set the fastest race lap. It was his 15th consecutive win in the series. Ben Young (CAN / Scot Build Developments BMW) joined him on the podium in third, Matt McBride (CAN / Riders’ Choice) was fourth.

Jordan Szoke: “Some parts of me feel bad that I’m winning, but these races aren’t easy. I’ve just been really fortunate to come out on top. I feel great. I’m comfortable. I feel as though I have nothing to prove like when you’re younger, so I’m just trying to enjoy it, and it’s taken a bit of pressure off me so I can focus on riding well.”

The Alpe Adria Road Racing Championship (AARR) kicked off its 2017 season in Poznan in Poland at the weekend. The curtain raiser saw one victory and one more podium finish in the Superbike class (AARR SBK) for the BMW S 1000 RR. Karel Hanika (CZE / EKO IVRacing BMW CSEU) dominated the first race of the class, setting the fastest lap and claiming the win with an advantage of more than four seconds. In the second race, Patryk Kosiniak (POL) stepped onto the podium, finishing third. In the Superstock class (AARR STK), reigning champion Michal Prášek (CZE / Rohac and Fejta motoracing Team) was the highest placed BMW rider: he crossed the line in fourth and fifth place respectively.

After his team had repaired his RR over night, Isaacs was able to celebrate on the podium in Sunday’s second race. He claimed second place and set the fastest race lap. McFadden was seventh on that occasion.

Lance Isaacs: “It was a very tough weekend and it was very disappointing to crash out of the first race due to tyre issues. The guys worked really hard to rebuild the bike for the second race. In the heat on Sunday I tried to keep my head down and to stay with the leader but unfortunately it was not meant to be. We were suffering again with tyre issues and a lot of chatter so I focused on not risking too much and finishing the race. We can take so many positives from this weekend. The bike is really good and we will now continue to work hard to reach the top step of the podium.”