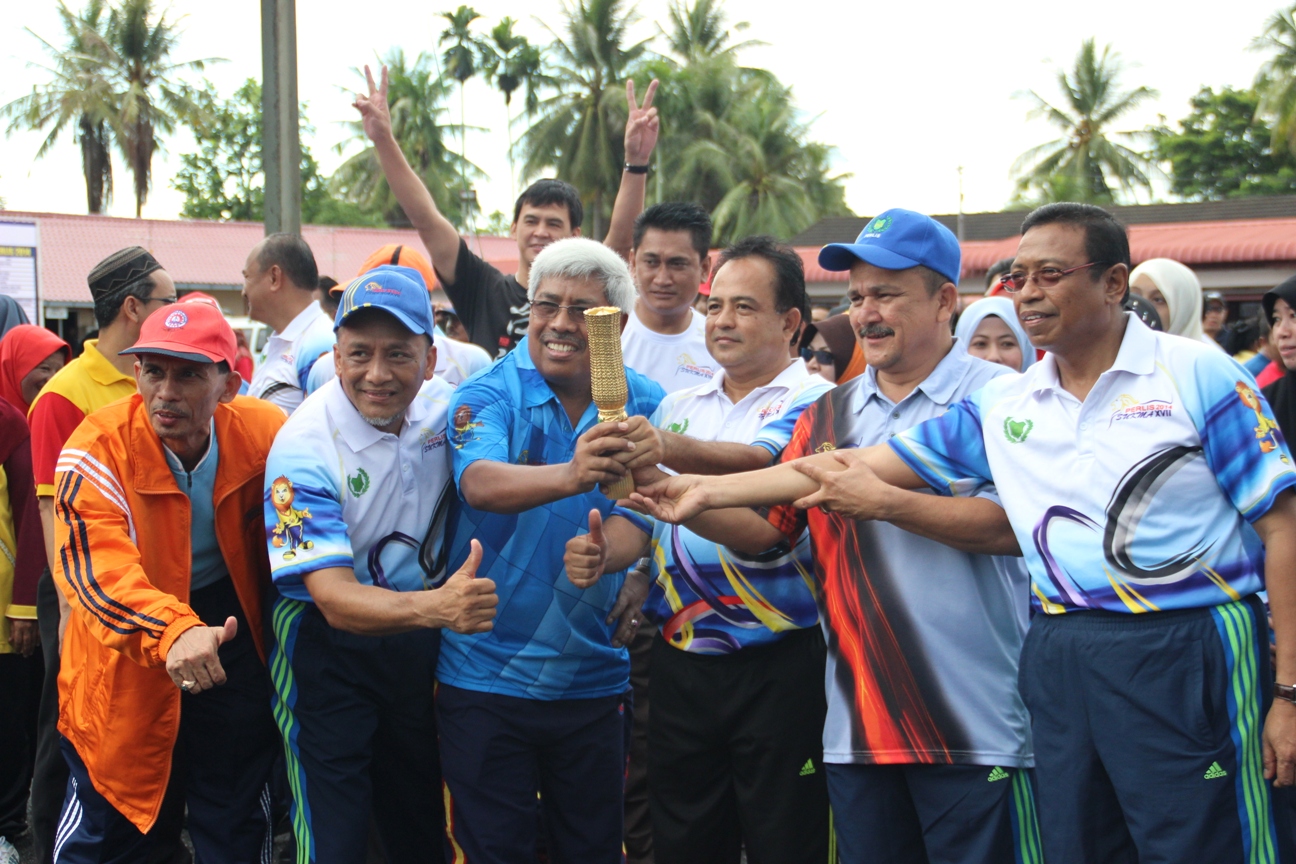 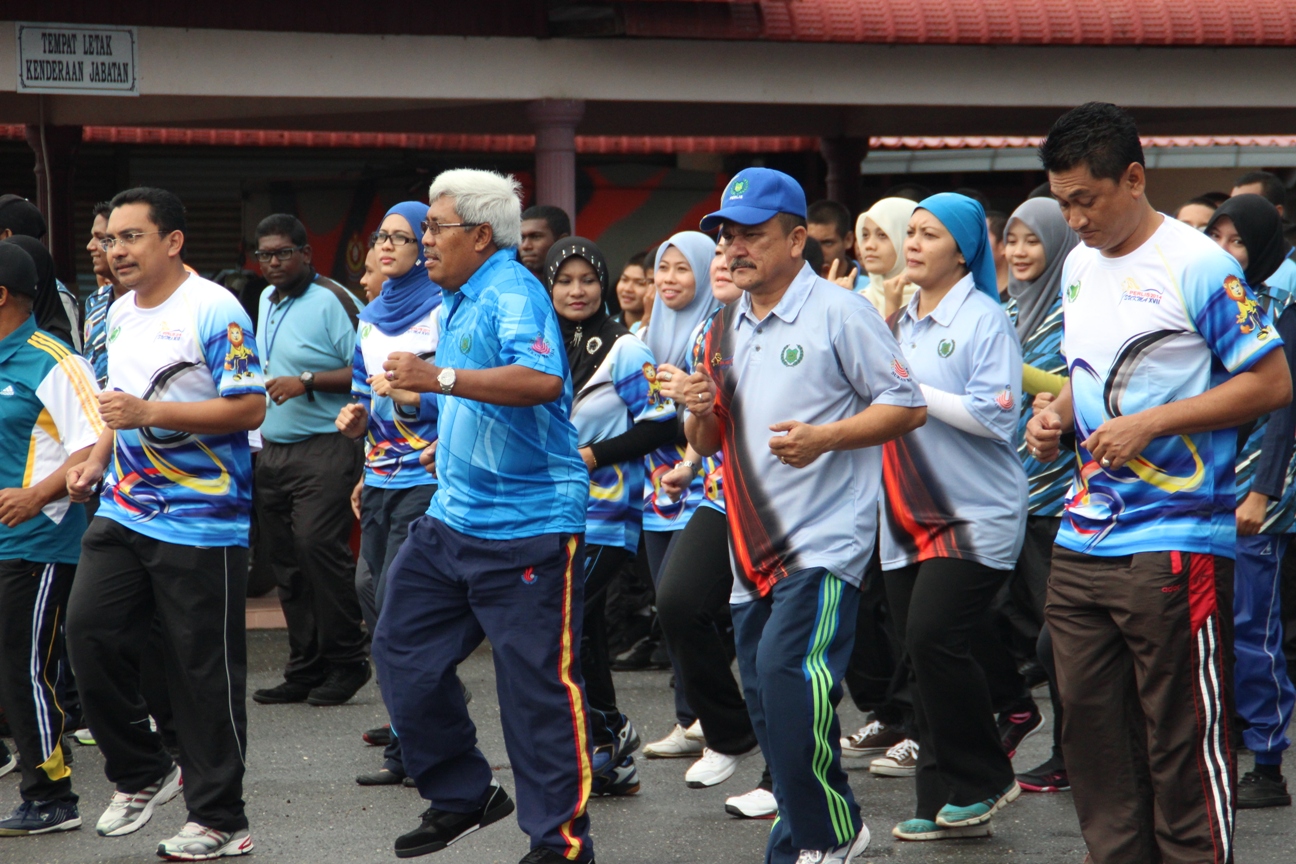 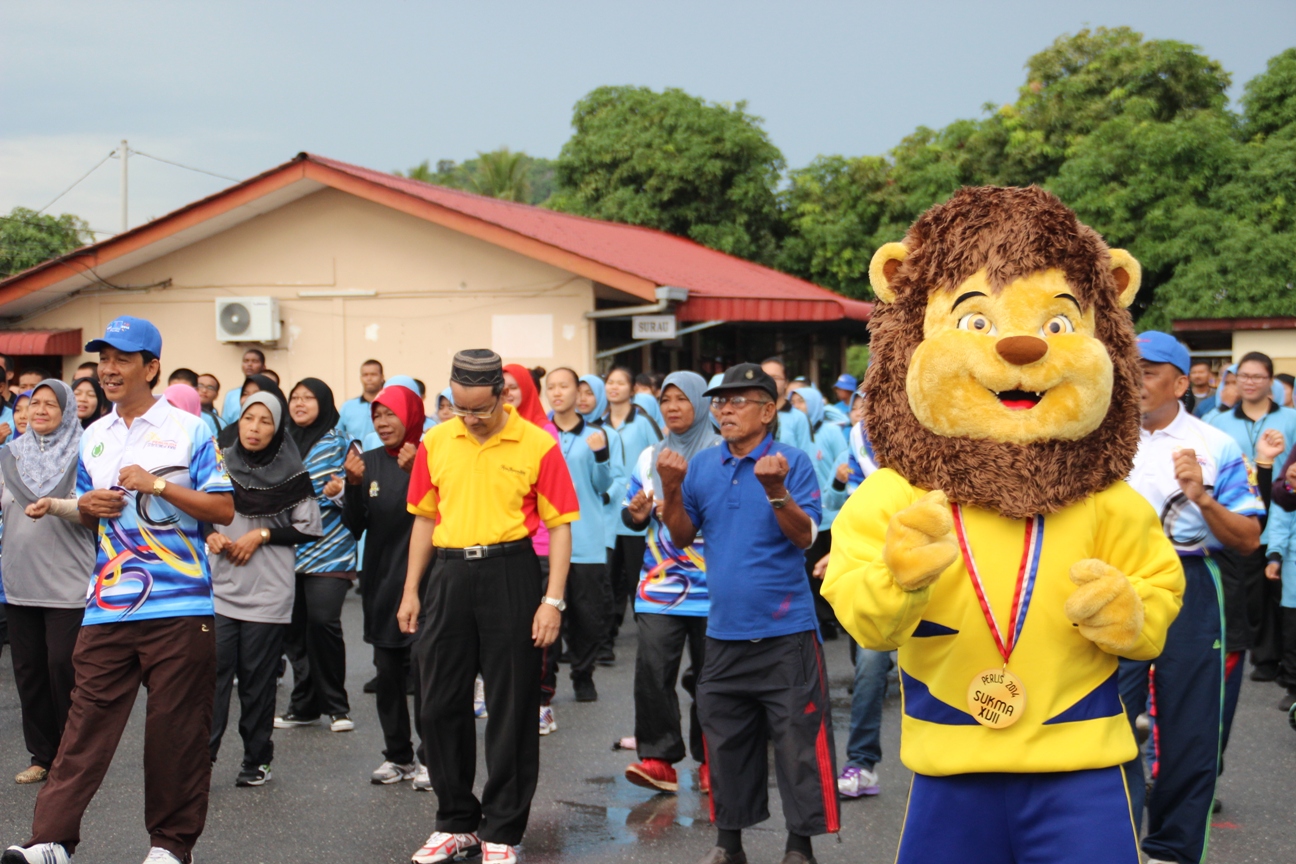 More than 1,000 people from all walks of life took part in the final lap of the Baton Run of the SUKMA 2014 in Kangar this morning.

It was a run of about 14km which many enjoyed as it was held under cooler conditions – thanks to overcast skies following heavy rain at dawn.

Among those who took part in the Baton Run were about 600 National Service (PLKN) trainees from the PLKN Camp in Jalan Kaki Bukit.

State Executive Councillor for Youth and Sports YB Abdul Jamil Saad and the Director General of Malaysian National Service Datuk Abdul Hadi Awang Kechil were the VIPs among others at the run which began at Balai Bomba Kangar grounds.

Before the run began the participants went through a series of aerobic exercises to several Thai, Malay and Hindustani hits with three mascots of the 17th Sukma joining the fun much to the delight of the participants. 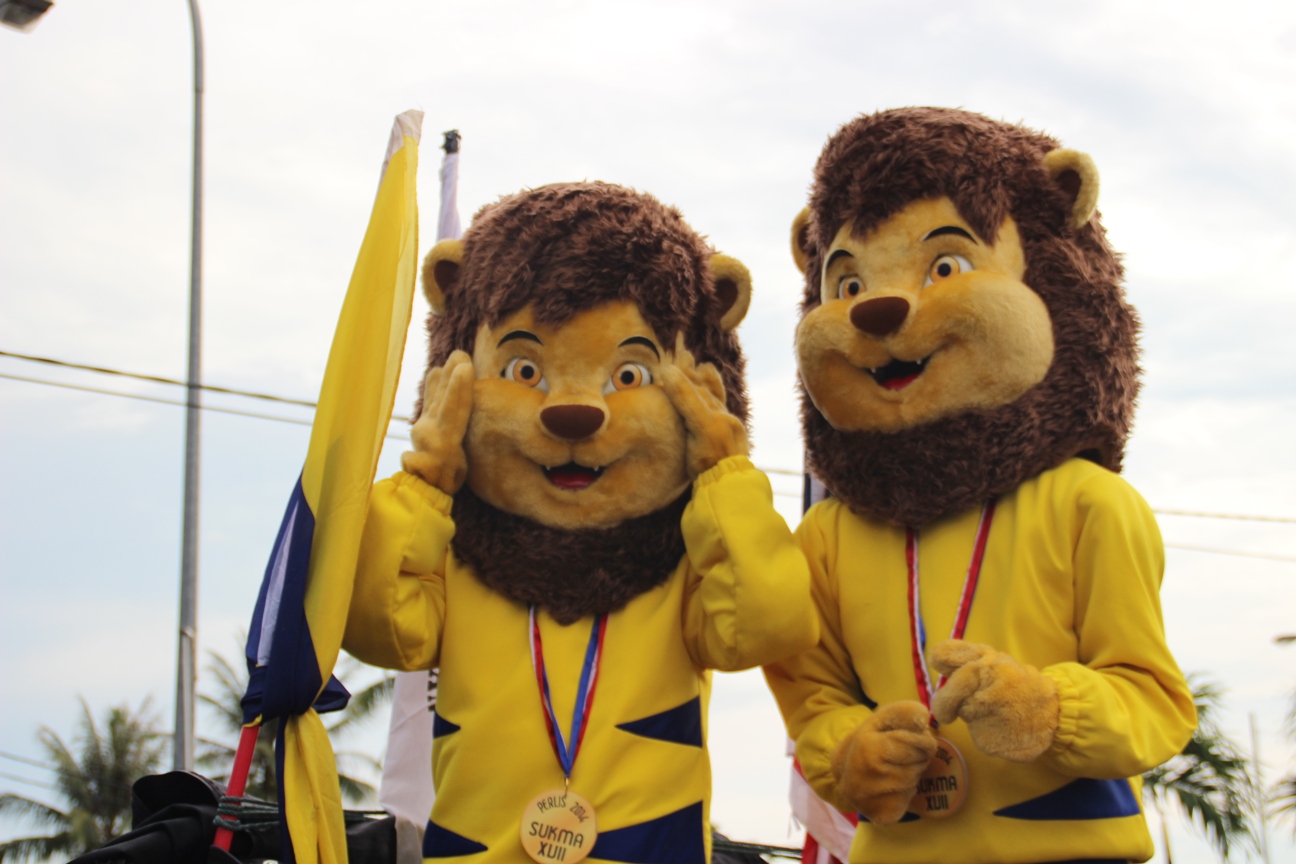 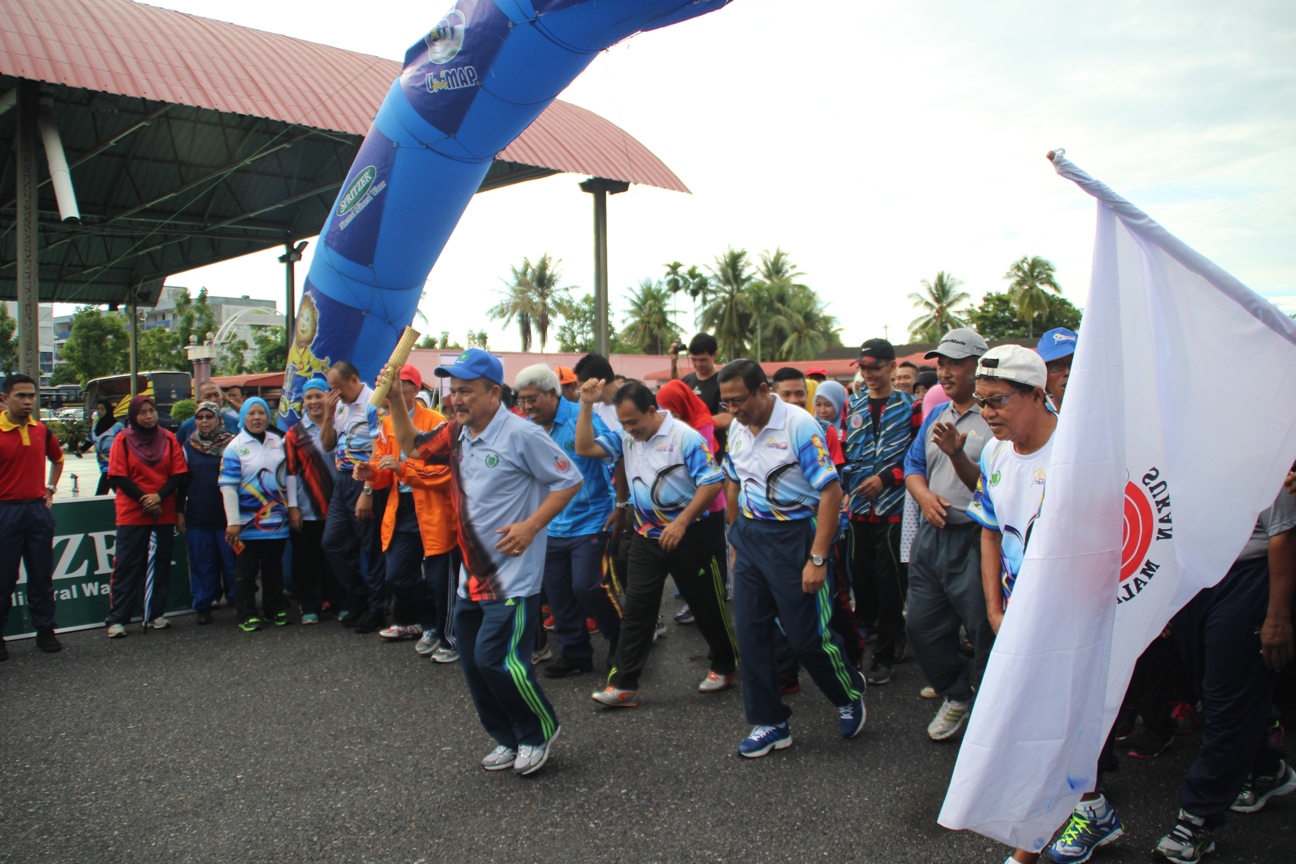 Fittingly it was YB Jamil, who is also the State Assemblyman for Sena, carried the Baton from the start at Balai Bomba Kangar. The Sena constituency completed the Baton Run’s journey through all the 15 constituencies (Dun).

The Baton Run began on Feb 8 with the 14.7km run taking off from Arked Niaga in Padang Besar to the touristy venue of Gua Kelam.  The Baton Run has gone through all the Dun in the state – Titi Tinggi, Beseri, Chuping, Mata Ayer, Santan, Bintong, Indera Kayangan, Kuala Perlis, Kayang, Pauh, Tumbun Tulang, Guar Sanji, Simpang Empat and Sanglang.

The final Baton Run ended at the recently refurbished Tuanku Syed Putra Stadium – the main venue of the Games with a 20,000 capacity.

The Games will be held from May 24-June 4. This is the first time Perlis are hosting the biggest sports carnival in the country. 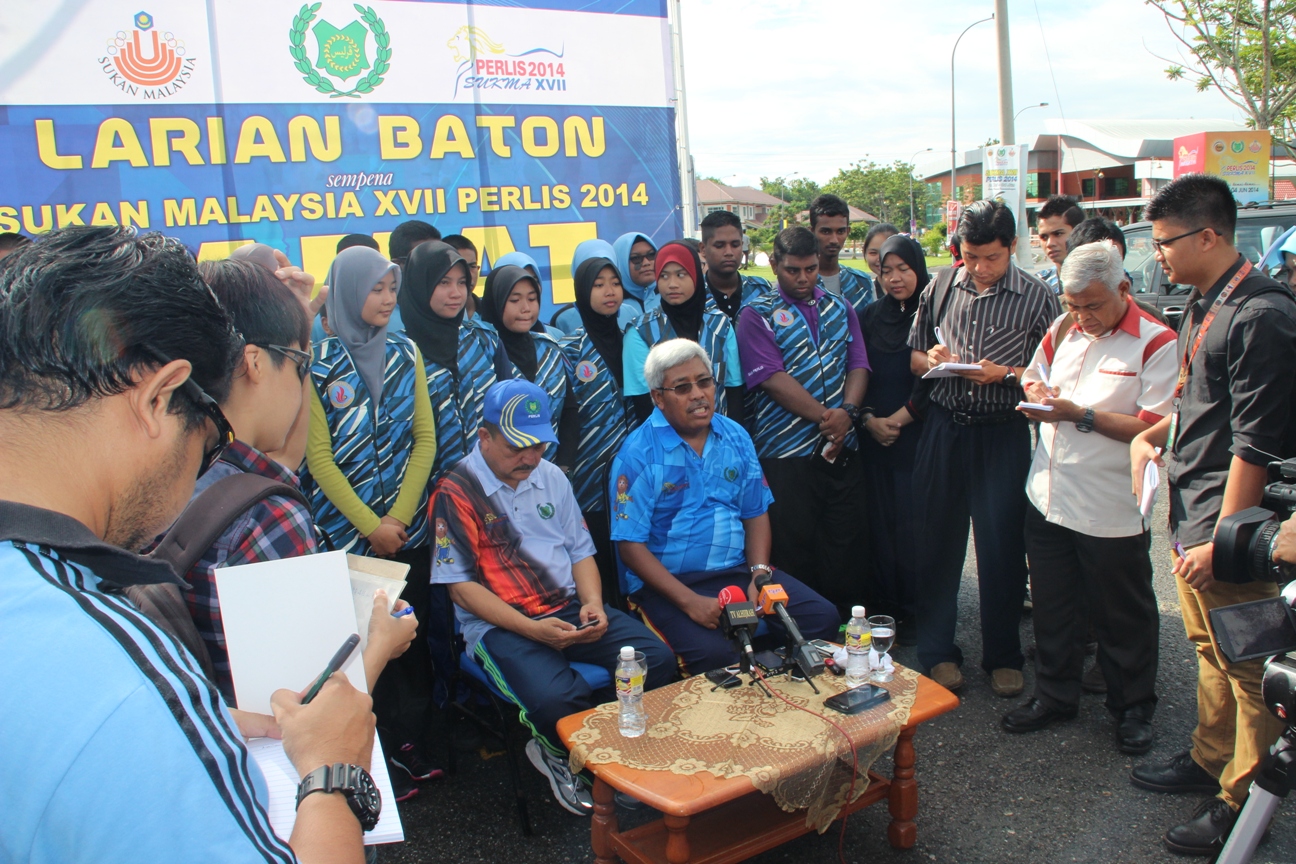