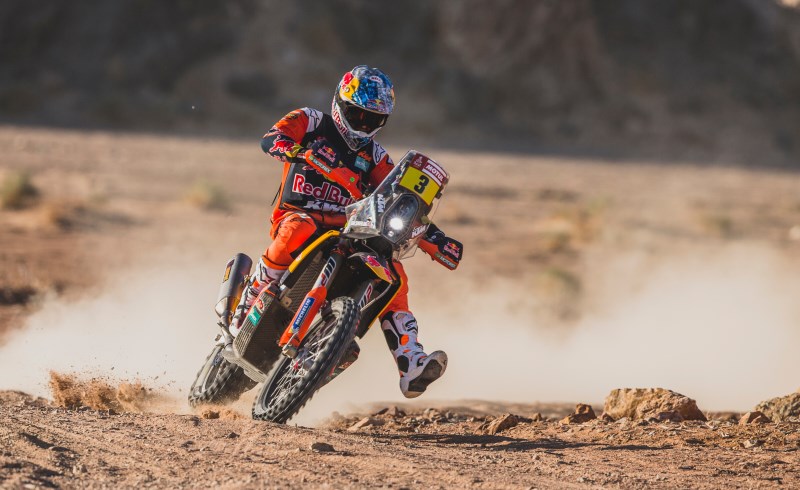 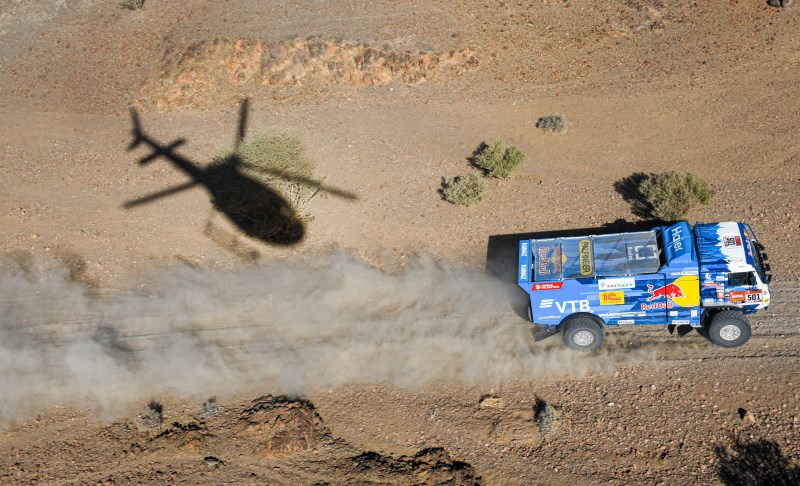 2017 Dakar Rally champion Sam Sunderland claimed the overall bike lead after stage two of the 2020 edition in Saudi Arabia as Giniel de Villiers stormed to a stage win in the car category. Here is all you need to know:

– Monday’s second stage moved up Saudi Arabia’s Red Sea coastline a further 400km north as they left behind Al Wajh and sped towards Neom over the 367km route.

– Defending bike champion Toby Price started the race by winning the first stage on Sunday, however the Australian was way off the pace on Monday as Botswana-born rider Ross Branch held off Sunderland to capture stage two as a privateer KTM entrant.

– Briton Sunderland came in second to propel him into the overall lead from Chile’s Pablo Quintanilla with Argentine Kevin Benavides third and 2018 champion Matthias Walkner fourth as Price plummeted down the standings to lie ninth for Red Bull KTM Factory Team.

– Price, 32, revealed: “I made a little navigation mistake at 60km and Ricky (Brabec), who was behind me, did the same thing. There’s been some changes to the roadbook that we’re all having to wrap our heads around quick.”

– Sadly Bolivian Daniel Nosiglia was forced out injured from this year’s race as the Honda rider fell 141km into the special with the ‘Super Marathon Stage’ rule in place that restricts elite riders to just 10 minutes of maintenance work at the end of the day.

– In the cars, local driver Yazeed Al Rajhi led for much of the day but lost his way late on as 2009 Dakar winner De Villiers avoided mistakes to set the quickest time.

– Stage one victor Orlando Terranova finished second to increase his overall lead over two-time Dakar king Carlos Sainz with the Spaniard sixth on the day.

– Frenchman Peterhansel, 54, admitted: “At times we felt like we were the kings out there, then a few kilometres later we’re lost and we need to turn back.”

– Chilean Chaleco Lopez impressed in the defence of his SxS crown to win Monday’s stage and carve out a big overall lead with Red Bull Off-Road Team USA driver Mitch Guthrie Jr. in the top 10 as well as Frenchman Cyril Despres, who is paired up with Swiss Mike Horn.

– Despres said: “The stage started really well – Mike was on fire. It was like riding a really huge horse that just wanted to go, go, go. Unfortunately we hit a rock and the system to change the wheel was completely destroyed. We spent six minutes repairing this.”

– Tuesday’s stage three sends the convoy on a loop that will start and finish at the bivouac in Neom with the majority of the 414km special stage over sandy ground.