Home 2022 Suradit aiming for some inspiration at Mercuries Taiwan Masters 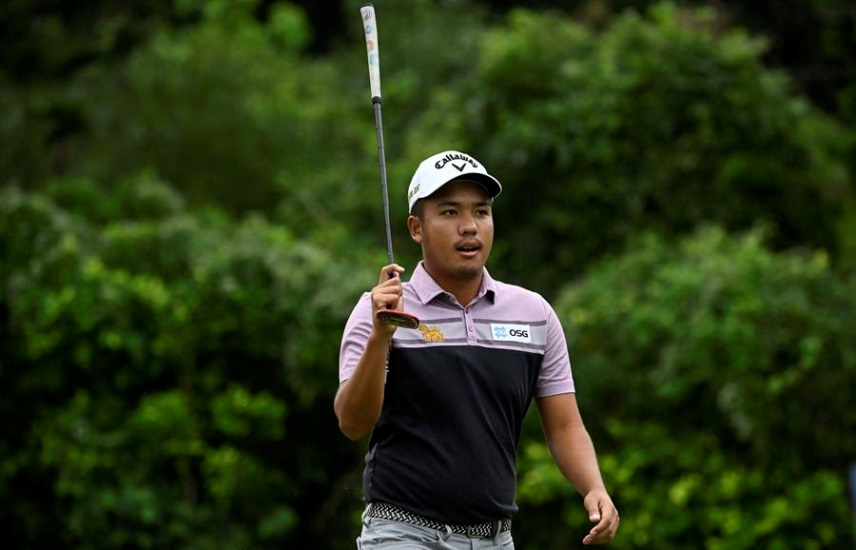 Thailand’s Suradit Yongcharoenchai has indicated a return to form is on the cards after a disappointing start to the season – which is timely, as this week he competes in the US$1 million Mercuries Taiwan Masters, an event he won in 2019, which remains his maiden success on the Asian Tour.

He won what is the most lucrative golf event in Chinese-Taipei here at Taiwan Golf and Country Club in 2019, when it was last played on the Asian Tour before the global COVID-19 pandemic brought play to such a sudden halt.

Said Suradit: “Now I’ve started to play good golf again, so I feel good. Earlier this year my results haven’t been so good, but now my game is coming along. Hopefully the result will be good this week.”

Earning his maiden Asian Tour victory at the event three years ago by one stroke over defending champion Adilson Da Silva, Miguel Tabuena and Ajeetesh Sandhu was a big milestone for the young Thai.

“It was my first win on the Asian Tour and I’m really happy to have won, I was very excited,” added Suradit.

At last week’s Yeangder TPC the 23 year old fired a last of round five-under-par 67 to finish tied 22nd following three missed cuts in a row, and he is hoping a return to the iconic Tamsui layout will inspire him to an improved performance this week.

The narrow tree-lined course is not one of the longer ones on the Asian Tour, but the greens are known for being some of the trickiest the players will encounter during the season.

Suradit thinks this works in his favour as the course suits his game.

He said: “I like the Tamsui course because you know, the golf course is a little bit narrow, and I like narrow courses. And the greens are very hard to putt but it’s okay for me.”

Although the Mercuries Taiwan Masters has been dominated by Chinese-Taipei winners throughout its history, Thai players have a good record in the event with legends Boonchu Ruangkit and Thaworn Wirathchant winning the trophy in 1998 and 2004 respectively, as well as Pariya Junhasavastikul taking the title in 2010.

Players from The Kingdom are well known for having an affinity to playing golf in Chinese-Taipei and Suradit, nicknamed “Art” is no exception.

He said: “I like the food in Chinese Taipei and the milk tea, and I have a lot of friends here.”

His win in 2019 helped him finish fourth on the Asian Tour Order of Merit which also earned him playing rights on the DP World Tour; he spent much of 2021 playing in Europe, gaining a valuable learning experience playing in different conditions and on unfamiliar courses.

Should he manage to be victorious he will join an elite group of players who have won the event more than once: Lu Wen-teh (four), Lu Wei-chih (three), Tsai Chi-huang (two), with Lu being the only one to successfully defended his title back in 2007-2008.

The tournament was played in 2020 and 2021 but only as an event on the domestic circuit. The Wang brothers from Chinese-Taipei triumphed, with Wei-hsuan winning in 2020 and Wei-hsiang keeping it in the family the following year.