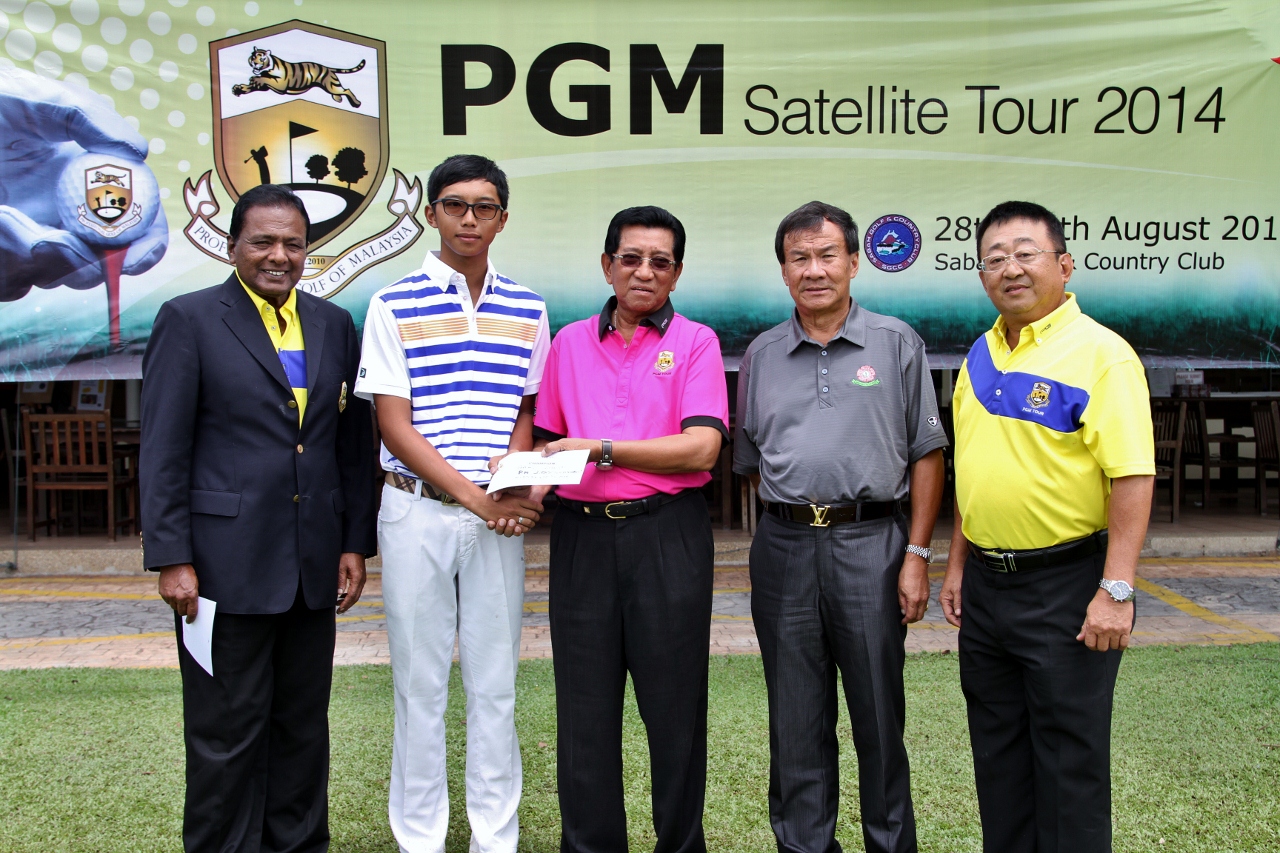 Suzairi Iqmah won the seventh leg of the Professional Golf of Malaysia (PGM) Satellite Tour at Sabah Golf & Country Club in Kota Kinabalu today and did so with an emphatic triumph.

After shooting the low round of the tournament and the only under-par score on the second day, Suzairi carded a third and final round 74 to finish on five-under 221.

That effort was good enough to secure a 12-stroke victory margin over Kevin Gaspar Pius, who closed out the event with a 78.

Casper Loh, the first round leader, signed for a 76 and finished joint third, alongside Safarrudin Abidin (77) on 236.

Raymond Lai (75) and Mohd Firdaus Ibnu (79) were tied for fifth place, another stroke back, while Christopher Daniel James (85) was seventh on 244.

In a tournament that featured amateurs all the way down the order, Azim Junaidi (83) was eighth on 251 with Eldrick Chong (90) ninth with a 253 total.

The high scores were in part due to the great degree of difficulty posed by the course and it left PGM Tour general manager Mior Abdul Rahman to note: “This layout played tough all week and was real good test for the golfers, who were mostly amateurs.

“And we have no doubt that the players this week will benefit immensely from the experience of playing such a tough course.

“The Satellite Tour of the PGM has been designed to breed new blood of the main (PGM) Tour and this is exactly what is happening at events such as this,” added Mior.

The next stop on the PGM Tour calendar is the Sabah Championship that gets underway at the same venue on Wednesday.