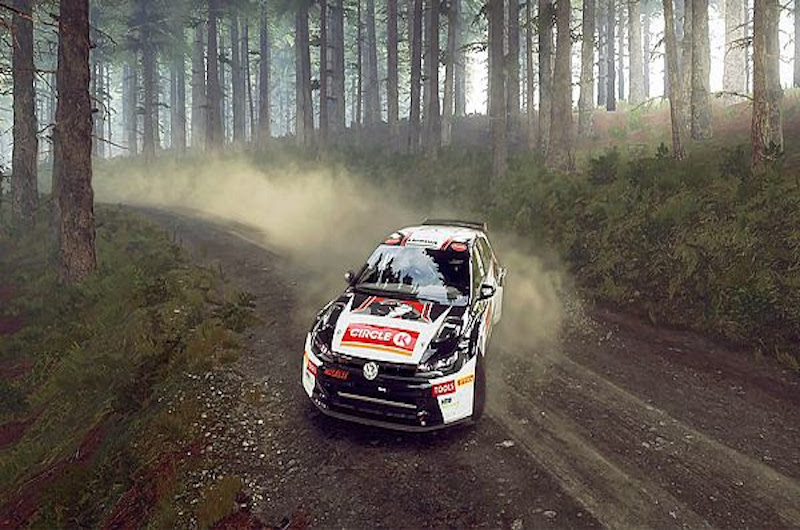 Unique prize for winner: Jonsson gets to drive a real rally car

Robin Jonsson won the Volkswagen Motorsport Rally Powys to be crowned champion of the Solberg World Cup – a global, virtual rally championship. With four wins from six rallies, the Swede was the dominant force on the rally routes on the “Dirt Rally 2.0” simulator. Czech driver Lukas Mateja and Frenchman Jonathan Schaeffer had to settle for second and third place respectively. Professional rally driver Oliver Solberg, who in the real world has won races and titles in his 280-PS Polo GTI R5, ended the championship in 35th place, having been forced out of the finale due to a poor Internet connection. 18-year-old Solberg set up the Solberg World Cup in light of the coronavirus pandemic, and 16,706 gamers from all over the world answered his call.

“Congratulations to Robin Jonsson on his victory at the Volkswagen Motorsport Rally Powys. His remarkable performances throughout the entire season make him the worthy champion,” said Volkswagen Motorsport Director Sven Smeets. “At the same time, I would also like to thank the 17,000 gamers who took part in the Solberg World Cup and made this virtual championship such a fantastic sporting experience.”

“That’s incredible – I am the Solberg World Cup winner! I still can’t believe that I will now have the chance to drive a real rally car with Oliver Solberg and Dirtfish. This is a dream come true for me,” said jubilant champion Robin Jonsson. “I’d like to say a big thank you to Dirtfish, the Solberg family and all the partners.”

Oliver Solberg had mixed feelings at the end of the championship. “I wanted to finish in the top ten at the Volkswagen Motorsport Rally Powys, and I was doing well,” said Solberg. “It is obviously frustrating to then be forced out, with a poor Internet connection of all things. On the whole, I am happy with my result – particularly given the huge number of gamers who took part. That is simply fantastic, and something we can be very proud of!”

The top drivers in what proved to be an extremely close championship, with victory sometimes decided by mere fractions of a second, can look forward to some unique prizes: Jonsson’s reward for winning the title is a driver training session with Oliver Solberg – in a real rally car, mind you – at US rally school Dirtfish. He will also receive the original winner’s trophy from the 2014 Rally Wales GB, courtesy of Volkswagen Motorsport. Lukas Mateja from the Czech Republic will also be able to take his place behind a “real” steering wheel in the future: Volkswagen Motorsport technicians have, for the first time, modified an original steering wheel from the Polo GTI R5 for use in virtual motorsport, fitting it with a USB port to connect it to a PC. Jonathan Schaeffer can look forward to a surprise package from a true rally dynasty – the Solberg family.