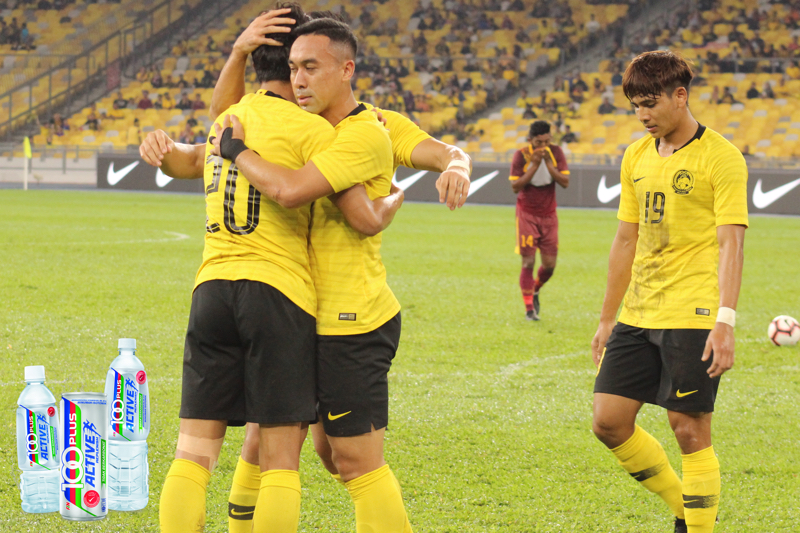 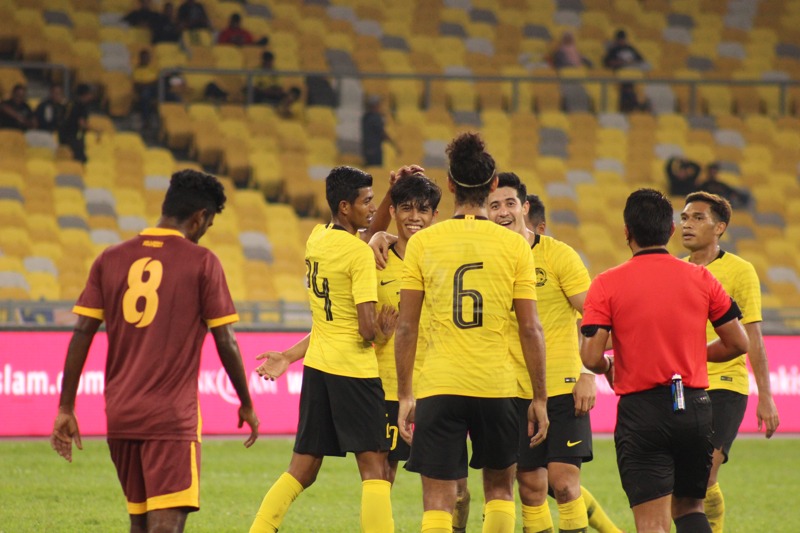 The night belonged to Syafiq Ahmad as Malaysia ran riot on a heavy wet and slippery pitch at the National Stadium in Bukit Jalil with a thumping 6-0 whitewash of Sri Lanka in an international friendly on Saturday.

The big win was certainly a boost for Harimau Malaysia’s Group G World Cup 2022/Asia Cup 2023 qualifier against Vietnam at the My Dinh Stadium in Hanoi on Thursday. It will be Malaysia’s third match in the group after defeating Indonesian 3-2 in Jakarta and a 1-2 defeat to the United Arab Emirates at home.

Malaysia were 3-0 up inside 17 minutes with Syafiq firing in his first on eight minutes off an assist from Safawi Rasid on the right. This opened the floodgates and it was 2-0 on 14 minutes – this time defender going all the way up to whip in a corner by Safawi.

The evergreen Norshahrul Idlan Talaha showed his sharpness in attack once again when he drilled home a Syafiq cross. The firepower, however, dried up after this and it was only after the break that the Harimau Malaya roared again.

Another of Johor Darul Takzim player Ahkyar Rashid was at the right place in the 51st minute for the fourth goal as Malaysia tightened their grip against the 202 ranked Sri Lanka side coached by Nizam Packeerali.

Syafiq got back into the scoring act when he outran his markers to drill home for his second goal of the night following a headed ball by substitute Daniel Amier on 76 minutes. He was not finished yet when he completed his hat-trick with a dipping shot over Hilmi Luthfi in the dying minutes.

For the record, Malaysia is ranked 158.  RIZAL ABDULLAH