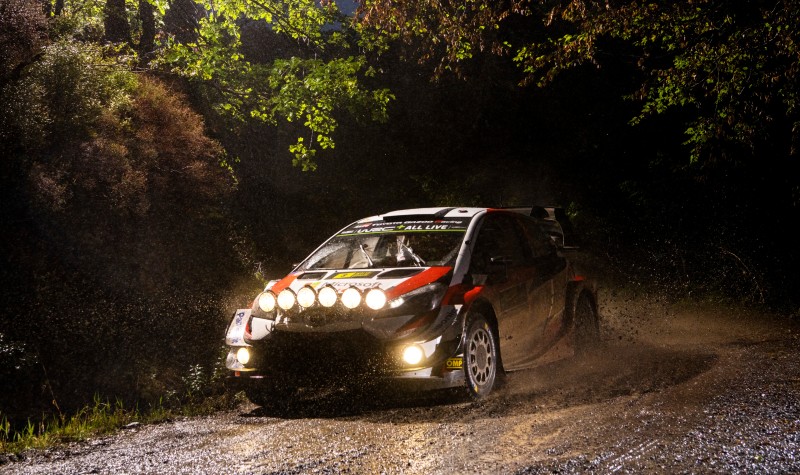 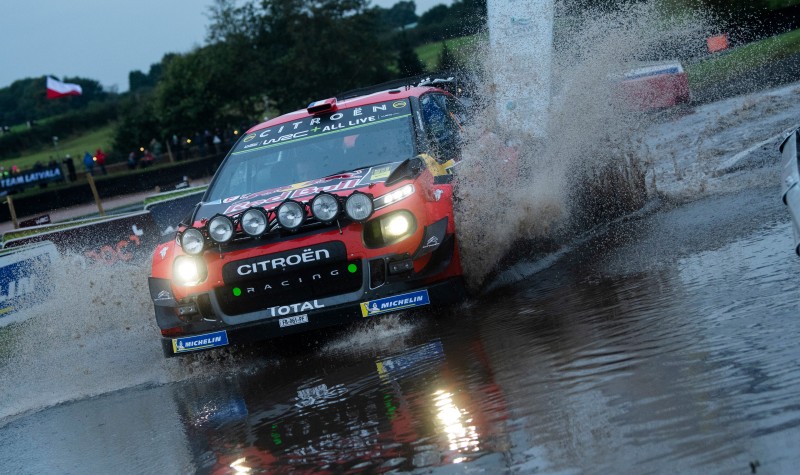 Ott Tänak snatched the lead of Wales Rally GB from team-mate Kris Meeke in the closing kilometres of Friday’s second leg after a thrilling fight in typically unpredictable weather.

The FIA World Rally Championship leader relegated his Toyota Yaris colleague in the darkness of the final Aberhirnant speed test to carry a 3.4sec advantage into Saturday’s marathon leg.

Meeke took the lead in last night’s curtain-raising test. Despite failing to win any of today’s nine gravel road special stages in north and mid-Wales, the Ulsterman fended off a string of challengers until the last test. His only issue was a spin after overshooting a hairpin.

He was also overhauled by world champion Sébastien Ogier, Tänak’s closest challenger in the exciting battle for the 2019 world title, but the leading trio are blanketed by only 3.6sec.

Tänak was fortunate to remain in contention after a problem with his auxiliary lights in the penultimate test as dusk was turning to full darkness.

“It was quite stressful in there,” he said at the finish of the last test. “In the previous stage we lost the lights and the wires were damaged, so we had a lot of work to do on the liaison section before the final one. Luckily we had some lights in there,” said the Estonian, who won both tests.

Although the tail end of Hurricane Lorenzo failed to bring the extreme weather predicted, steady rain made the gravel tracks in the Snowdonia mountains extremely slippery and grip was at a premium all morning.

As the sun broke through this afternoon, Ogier upped the pace in his Citroën C3, climbing from fifth to pose an ominous presence behind Tänak in his quest for a fifth GB win in six years.

Thierry Neuville, the third driver in the title battle, ended up fourth in his Hyundai i20, 4.8sec behind Meeke. The Belgian had no major problems, but a tyre selection mix-up at mid-leg service cost valuable seconds this afternoon.

Team-mates Andreas Mikkelsen and Craig Breen completed the top six, half a minute off the lead.

The leaderboard was missing Jari-Matti Latvala and Esapekka Lappi following crashes. Latvala ran as high as third before rolling his Yaris heavily and he will not restart tomorrow. Lappi slid his C3 into a ditch and could not regain the track.

Tomorrow’s Super Saturday comprises almost half the rally’s competitive distance. Six mid-Wales stages are followed by a closing test along Colwyn Bay promenade. Reliability is key, with no service after competitors depart Llandudno at 05.40 until they return at almost 20.00.