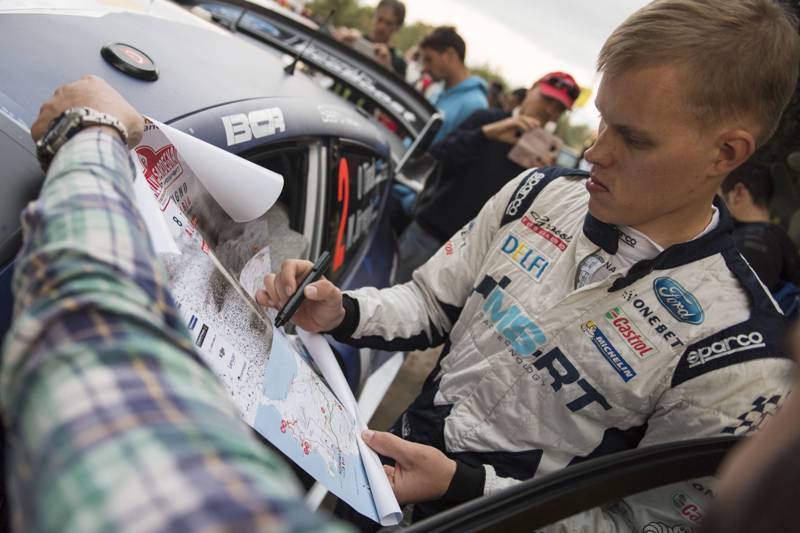 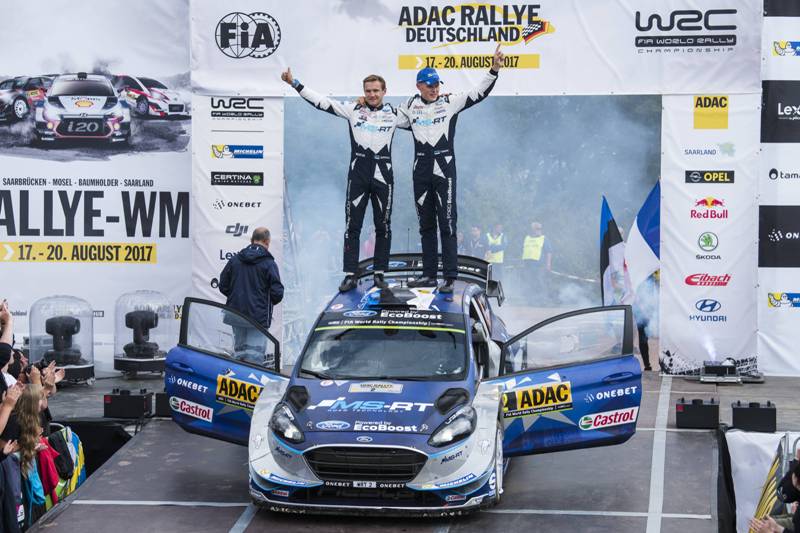 Estonian to partner Latvala and Lappi for 2018 WRC season.

The Japanese manufacturer confirmed this morning (Wednesday) that Tänak will join Jari-Matti Latvala and Esapekka Lappi in the Finnish-based team for all 13 rounds.

Tänak remains in contention for the 2017 drivers’ title after a breakthrough season at M-Sport World Rally Team in which he has won in Italy and Germany. He is second in the championship with two rounds left.

The 30-year-old Estonian has long been linked with Toyota and his decision to swap a Ford Fiesta for a Yaris World Rally Car spells the end of Juho Hänninen’s time at the team.

Tänak’s current contract means he is unable to comment, but Toyota team principal Tommi Mäkinen was elated his hunt was over.

“We’re delighted to have secured the services of Ott, having had our eyes on him for a while. He represents the perfect blend of youth and experience, together with the right sort of mental attitude that means he will fit into our team very well.

“Like the Yaris WRC, Ott has exceeded all expectations this year, so I’m sure it will be a strong partnership with both speed and consistency on all surfaces,” he said.

Lindström takes up the position from next month’s Kennards Hire Rally Australia (16 – 19 November), meaning Toyota will enter only two cars Down Under. Hänninen’s last appearance will be at next week’s Dayinsure Wales Rally GB (26 – 29 October).

Lindström co-drive Mäkinen at Subaru in 2002 and 2003, the pair winning Rallye Monte-Carlo in their first full year.

“One of my favourite memories of my own driving career is our win in Monte-Carlo together. From this, and the experience of working with him since, I know that Kaj is the ultimate professional and he is sure to be a strong asset as we continue our team’s development,” said Mäkinen.

Mäkinen thanked Hänninen for his services. The Finn played a key role in the Yaris’ development ahead of the team’s WRC return this season.

“I would like to express my thanks and appreciation for everything that Juho has done for us. He will always be a member of our family, and has played an important part in taking us to where we are today,” said Mäkinen.