Home 2019 ‘Tchetche claims he is disturbed by African spirit’ – Irfan 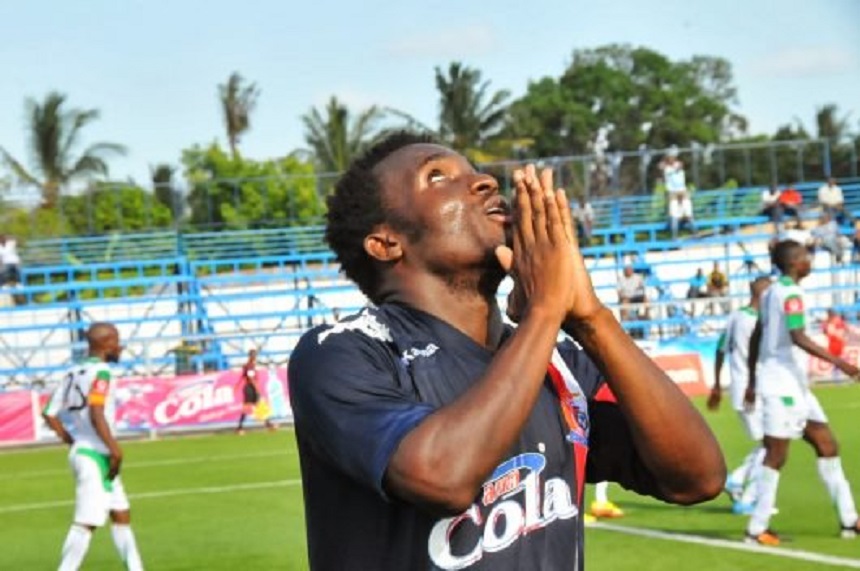 Share
Facebook
Twitter
WhatsApp
Email
Print
Skipper and Ivorian striker Kipre Tchetche had fired blanks and Terengganu is struggling to get its act right in the Super League with only six points after matches from one win, three draws and one defeat.
The Turtles have yet to win at home so far – managing a 1-1 draw against PKNS FC, a fighting 2-2 draw against five-time Super League champions Johor Darul Takzim and the latest was a 1-1 stalemate against Perak.
The sorry state of affairs of Terengganu has been linked to Tchetche who has fired blanks so far – a situation that has left Terengganu head coach Irfan Bakti perplexed.
When asked the reasons for Tchetche’s indifferent form this season, Irfan who has spoken to the 31-year striker, gave a shocking answer.
“Tchetche says he is disturbed by spirits…African spirits. Pelik (surprise) but this is what he revealed when I talked to him. This shocked me but he is still my first team player…as the skipper and as our top striker,” said Irfan from Kuala Terengganu on Tuesday.
“As a foreign player, he should be leading the way and scoring goals for the team. The fans come to watch him play and win matches for the team.
“We have yet to win at home and I am keeping fingers crossed that all will change we play Melaka (United) this Saturday. Let us see if things can change for our first home win.
Melaka, under Zainal Abidin Hassan, is lying fourth in the 12-team elite league with 10 points following a 2-0 win over Kuala Lumpur at the Hang Jebat Stadium on Sunday.
“There is nothing wrong with the performance on the field but Tchetche dry run is a worry. It is totally different compared to last year when we could count on his knack of scoring goals.
“I guess Tchetche is also all fired up to show the fans that he is still a player who can deliver. He has to put his ‘spirit disturbance” aside and come out firing on all cylinders to give us our first home for the fans and the team,” added Irfan.
Meanwhile, Irfan said new signing, Uzbekistan midfielder Sanjar Shaakhmedov, has settled down well into the team’s system and as a feeder, he has done well in his role.
The other foreigners in the team are Cambodian international French-born Thierry Chanta Bin, English-born playmaker Lee Tuck and Serbian defender Igor Zonjic.
Terengganu’s only win so far was a 1-0 win over Kuala Lumpur away and a 3-0 defeat to neighbors Pahang in Kuantan. – BY RIZAL ABDULLAH
- Advertisement -